As we bid farewell to the 30th edition of the Premier League, it is time to give out the end of Season Awards.

Team of The Season: Liverpool

Klopp’s Reds may have fallen agonizingly short of Guardiola’s City in terms of the race for the title, but to win the League Cup, FA Cup, and reach the final of the Champions League you cannot look past them in terms of the Team of the season.

Chasing four trophies in one season is probably the toughest landmark to achieve in club football, especially for a Premier League team. but the fight and desire to never give up symbolizes the steel and mental strength Klopp has instilled in the players to never give up and fight for their dreams.

Liverpool was top of the League for 11 days throughout the entire season, however, too many draws, particularly the 2-2 draw away to Spurs having been 1-0 down, and then 2-1 up was the ultimate title decider, that saw the League slip away from them and into City’s hands.

‘[Finishing second] is the story of my life. I’m still record holder for not getting promoted in Germany with the highest points tally. You need to get more points than any other team, but we didn’t do that. ‘We need a solid basis to react to defeats. We know why we didn’t make it – we needed a bit more consistency in the first half of the season. ‘You can’t do more than give your absolute best and that’s what the boys did again. We chased the best team in the world to the wire, that’s absolutely special. ‘We’ll build a team again and go again.’

Nevertheless, a brilliant Season by The Reds, who can sign it off in style by beating Real Madrid in the Champions League Final on Saturday.

Player of The Season: Son Heung-Min

The South Korean magician who keeps getting better and better every year is World in Sport’s Player of the Season. towards the middle of the season, Spurs were seventh in the League when Conte took charge in November, but 67 wins out of 103 games, a victory at the Etihad and a draw at Anfield caps off a fine turnaround by the North London side.

However, much of the credit has to go to Son, who has been outstanding this season. The joint-Golden Boot winner scored a total of 23 goals from 35 games for the Spurs this season, including seven assists. Although he shares Boot with Mo Salah, he has to be lauded for dragging Spurs out of a tricky situation during the middle of the season.

“Thank you so much for this unbelievable season,”, “Let’s move on next season, big Champions League. Let’s get a big result.”

Buy of The Season: Luis Diaz

Last Summer’s Transfer Window, the Reds brought Ibrahim Konate to strengthen their backline. however they still needed a backup center forward in case the fab trio of Mané, Firmino and Salah were either out injured, or at the Africa Cup Of Nations as Mané and Salah were.

The signing of Diaz ensured that Liverpool was able to keep the pressure on City as well as reach three finals, as they had a world-class striker to cover for the African duo. Diaz was featured in 13 League Games for the club and scored a total of four goals. He also was the Man Of the Match in the FA Cup Final against Chelsea.

I’m very happy to be at this great club’

Manager of The Season: Jurgen Klopp

It was always going to be a toss-up between the German and Pep Guardiola, however, you can’t ignore the mental toughness Klopp has ignited in Liverpool. To perform at the highest level when you are going for the historic quadruple takes an incredible amount of mental toughness and bravery.

That is what has been so impressive about Klopp as a manager, the fact that he has installed that never say die attitude in his players. As we know that in England, there are four prestigious trophies up for grabs for Premier League Clubs: Premier League, FA Cup, EFL Cup, and the UEFA Champions League, and if you are targeting all four comps, you don’t just need a huge amount of physical fitness, but an incredible amount of mental toughness, especially if you are the manager.

“I’m not happy, but not as sad as the players are right now and it is my job to explain why something happens like this,” “Harry Kane and Heung-min Son were completely rested, that is why it is so hard. That is why the quadruple is so unlikely, there is a reason nobody has done it in this country. We will keep going.”

The Reds certainly went for it, but the Spurs draw proved to be the crucial banana skin, as it handed City a crucial one-point advantage over their title rivals.

As the Reds and City have both been outstanding this season, why not share the award between these two magnificent Brazillian keepers. There is no doubt that Head Coach Tite will be scratching his head as to who should be his number one keeper, come Qatar 2022.

Both keepers very rightly received the Golden Glove award for their outstanding work this season. 20 clean sheets from 36 and 37 appearances are some achievement, given how competitive the Premier League is. What makes these keepers the best in the world is their awareness of the game situation. Hence they will both share this award.

So these are Wolrd In Sports Premier League Award winners, who would you give what?

Send us your thoughts on World in Sport. 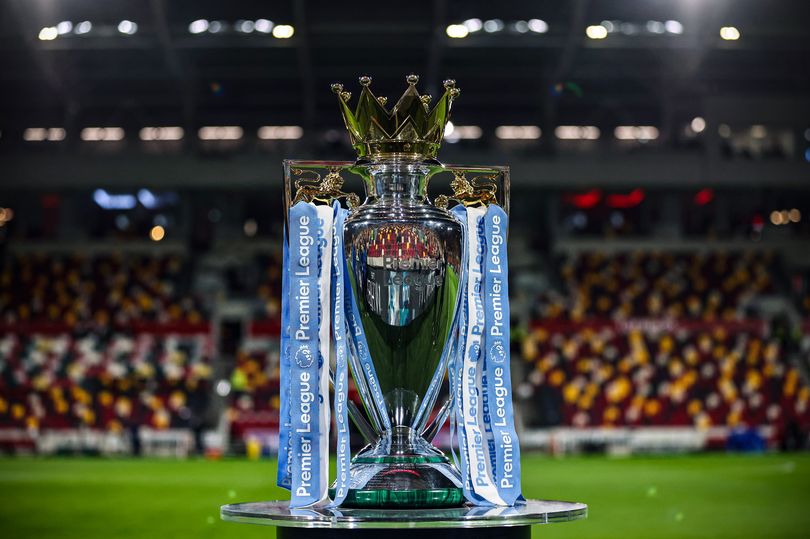