I’ve always considered Scottie Pippen the quintessential complementary player in a team sport. And until now I always assumed that Pippen was comfortable playing second fiddle to Michael Jordan on the Chicago Bulls championship teams.

But a series of recent comments from Pippen about Jordan has made me think that Pippen was fine with his role, but not with Jordan. In his new book, Unguarded, written with Michael Arkush, Pippen paints an unflattering portrait of his iconic teammate.

Among other things, Pippen writes that the Bulls won in spite of Jordan’s legendary bullying, not because of it. Pippen writes:

“We didn’t win six championships because he got on guys. We won in spite of his getting on guys. We won because we played team basketball, which hadn’t been the case my first two seasons, when Doug Collins was our coach. That’s what was special about playing for the Bulls: the camaraderie we established with one another, not that we felt blessed to be on the same team with the immortal Michael Jordan.”

He also claims that he was a better teammate than Jordan.

“Ask anyone who played with the two of us. I was always there with a pat on the back or an encouraging word, especially after he put someone down for one reason or another. I helped the others to believe in and stop doubting themselves.”

You never know how much of this kind of talk is designed to generate book sales and how much reflects legitimate pent-up resentment that has been smoldering for decades.

In any event, Pippen’s complaints about Jordan underline the blessing and the curse of being the complementary accouterment to a superstar.

I spoke with Arkush last week to get his thoughts about Pippen’s comments. Unguarded is Arkush’s 15th book. Nearly all of them have been collaborations with big-name athletic figures, from Phil Jackson to Ray Allen to golfer Ken Venturi to Sugar Ray Leonard.

Arkush and Pippen began working on the project a year and a half ago, at the beginning of the pandemic. At age 56, Pippen wanted to tell his story — the inspirational tale about beating the odds, of a tough upbringing in Arkansas, the youngest of 12 children, rising from obscurity to stardom in the NBA.

Then The Last Dance aired on ESPN and everything changed. The 10-part series was released in April 2020 and purported to tell the story of the last season of the Bulls’ dynasty. The series was an infomercial for Jordan’s greatness. That rubbed Pippen the wrong way.

“It certainly brought a whole new narrative to what we were talking about,” Arkush said.

Pippen’s book evolved into a direct response to The Last Dance, to Jordan in particular.

“He really cherished his role as a facilitator for the offense and an anchor for the defense, and he really loved being in that position and being a part of the whole team,” Arkush said of Pippen. “He really felt he wanted to get across the idea of team basketball. And then when he saw The Last Dance, he saw ways in which he felt he should have been better represented.” 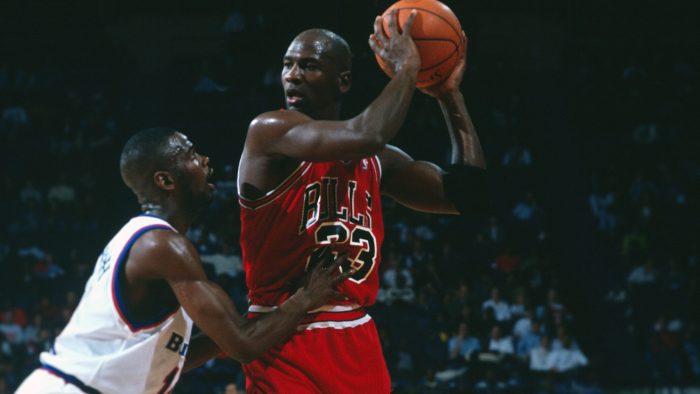 “Scottie wanted to make sure people understood it’s a team game. He was a consummate team player. Basketball is not an individual game; it’s a team game, that is the essence of what he feels,” Arkush said.

I’ve spoken with a number of young people who watched the documentary as though they were watching Jordan’s Bulls in real time. Most were not even born in the period covered by the documentary. Pippen was not ignored but, in his view, he was reduced to a bit player, background music for Jordan’s symphony. He was much more than that.

“The Last Dance didn’t really bring out who the Chicago Bulls were and how they accomplished everything as a team. That’s what Pippen wanted people to take away,” Arkush said.

Pippen is hardly underappreciated. He’s just not Michael Jordan. His talent has been widely recognized. He was voted as one of the NBA’s top 50 players of all time. He is a two-time inductee into the Basketball Hall of Fame — once as an individual, once as a member of the 1992 Dream Team in the Olympics. Pippen’s Chicago Bulls No. 33 was retired in 2005.

“He totally understands the greatness of Michael Jordan the player. He appreciated that from day one,” Arkush said. “He just felt he wasn’t represented the way he wanted to be and should have been.”

The reality is that the only way to tell your truth is to make your own movie, as Jordan did, or write your own book, which Pippen has done.

Unfortunately — or fortunately, depending on Pippen’s motivation — his remarks about Jordan overshadow the primary message of Unguarded, which is how Pippen persevered and triumphed against the odds and made it to the Basketball Hall of Fame. Pippen’s journey took him from Hamburg, Arkansas, to the NBA, six NBA titles, two Olympic gold medals. He was named the NBA all-defensive first team eight consecutive times and enjoyed a 17-year NBA career. 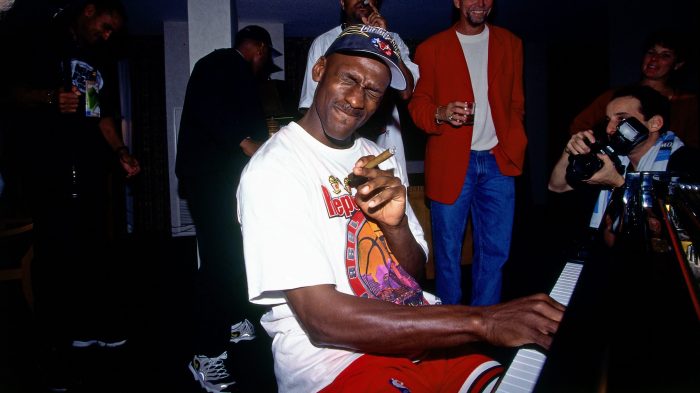 Pippen played high school basketball but was not offered a college scholarship. His only opportunity came from the University of Central Arkansas, where he was put into a work-study program. He did not play in any games his freshman year.

By his senior season, Pippen had grown 7 inches, to 6-feet-8 and was the dominant player in the conference. The Seattle SuperSonics made Pippen the fifth player selected in the 1987 NBA draft. A few weeks later, he was traded to the Bulls.

Pippen’s will is what impressed Arkush. “How do you keep believing in yourself?” Arkush said. “How do you still feel that your path is there towards greatness? How does someone have that kind of confidence? He did. He worked hard.”

Arkush added: ”I think he has great appreciation for the journey he took and how difficult it was. I think he really wanted people to understand that, and to inspire other people that their dreams are possible if they believe in themselves and put in the work. That’s a big part of what he wanted to get across.”

Pippen had an issue with the inclusion in the documentary of his now famous decision to sit out the last 1.8 seconds of a playoff game in 1994. If the documentary was about the 1997 season, why was the 1.8-second game included? The moment took place in Game 3 of the 1994 Eastern Conference semifinal game against the New York Knicks.

Jordan was not on the team, but was on hiatus, playing baseball.

Perhaps it was intended as a dig by Jordan, a reminder that Pippen for whatever reason shrank from a big moment the way Jordan never would.

“That was his team, that was his moment to shine, to be the hero,” Arkush explained of Pippen’s decision to sit. “He wasn’t rewarded with his moment.”

Tony Kukoc hit the game-winning shot; the Bulls won Game 3, though they eventually lost the series four games to three.

“He never had his individual moment when he hit some great shot at the end in a big game like that,” Arkush explained. That may also explain the difference between being a mere star and a superstar.

A slap at Pippen?

Pippen never achieved a moment that could have established his greatness away from Jordan.

Instead of being a hero against the Knicks, he is remembered for sitting it out because of wounded pride.

During the 1999-2000 Western Conference finals, Pippen was a member of the Portland Trail Blazers. Portland was up by 15 points over the Los Angeles Lakers in the fourth quarter of Game 7. Portland blew the lead and lost its chance to reach the NBA Finals.

“Had he won two rings without Jordan, the entire conversation would have changed,” Arkush said. “But he did not.”

Still, Pippen was a crucial — perhaps irreplaceable — part of the Bulls dynasty. Arkush points out that the Bulls’ record in the playoffs without Pippen is 1-9.

“Jordan won one playoff game in his career with the Bulls when Scottie Pippen wasn’t there,” Arkush said.

Pippen’s comments have set off a flurry of debates about his position in history relative to Jordan’s, but it also raises the folly of illuminating individual accomplishments in a team sport.

The potentially terrifying question for Pippen and Jordan to contemplate is who would they have been without each other.