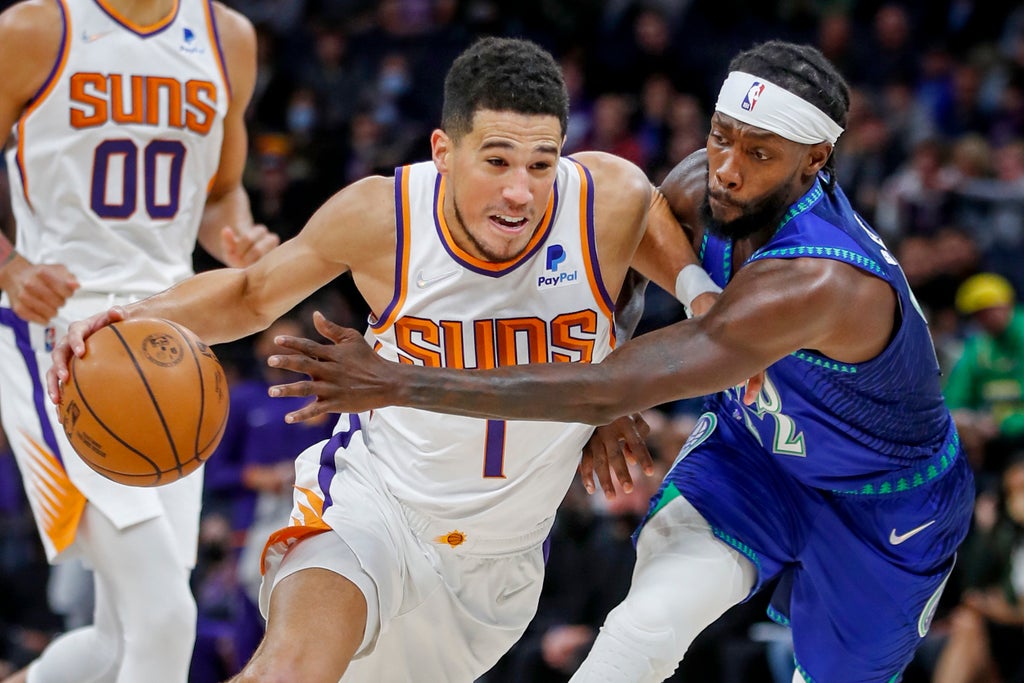 The Phoenix Suns extended their winning streak to nine after prevailing in a close battle with the Minnesota Timberwolves 99-96.

Chris Paul had 19 of his 21 points in the last 12 minutes and Devin Booker top scored for Phoenix with 29, including a free throw with 16.1 seconds left to put the Suns two up.

D’Angelo Russell missed a three-pointer for Minnesota with five seconds left on the clock, while Anthony Edwards lost the ball after claiming the rebound as the Timberwolves remain rooted to the bottom of the North-West division.

Nikola Jokic scored 35 but the Denver Nuggets fell to the Dallas Mavericks 111-101 with all the damage done in the fourth quarter.

The Mavericks opened the final frame with a 17-6 run as they took the win, with Kristaps Porzingis scoring 29, Luka Doncic 23 and Tim Hardaway Junior adding 19.

The Houston Rockets fell to their 12th straight loss, going down 136-102 to the Memphis Grizzlies while Spencer Dinwiddie scored 27 as the Washington Wizards won their 10th of the season 105-100 over the New Orleans Pelicans.

Indiana only managed two baskets from open play in the fourth in their 92-84 loss to the New York Knicks while Dennis Schroder scored six inside the last 1:16 as the Boston Celtics beat the Cleveland Cavaliers 98-92.

Elsewhere, the Sacramento Kings saw off the Detroit Pistons 129-107, Clint Capela had 20 points and 16 rebounds in a 129-111 victory for the Atlanta Hawks over the Orlando Magic and the Miami Heat beat the Oklahoma City Thunder 103-90.

CJ McCollum top-scored with 29 in a 118-113 victory for the Portland Trail Blazers over the Toronto Raptors and DeMar DeRozan had 38 as the Chicago Bulls beat the LeBron James-less Los Angeles Lakers 121-103.