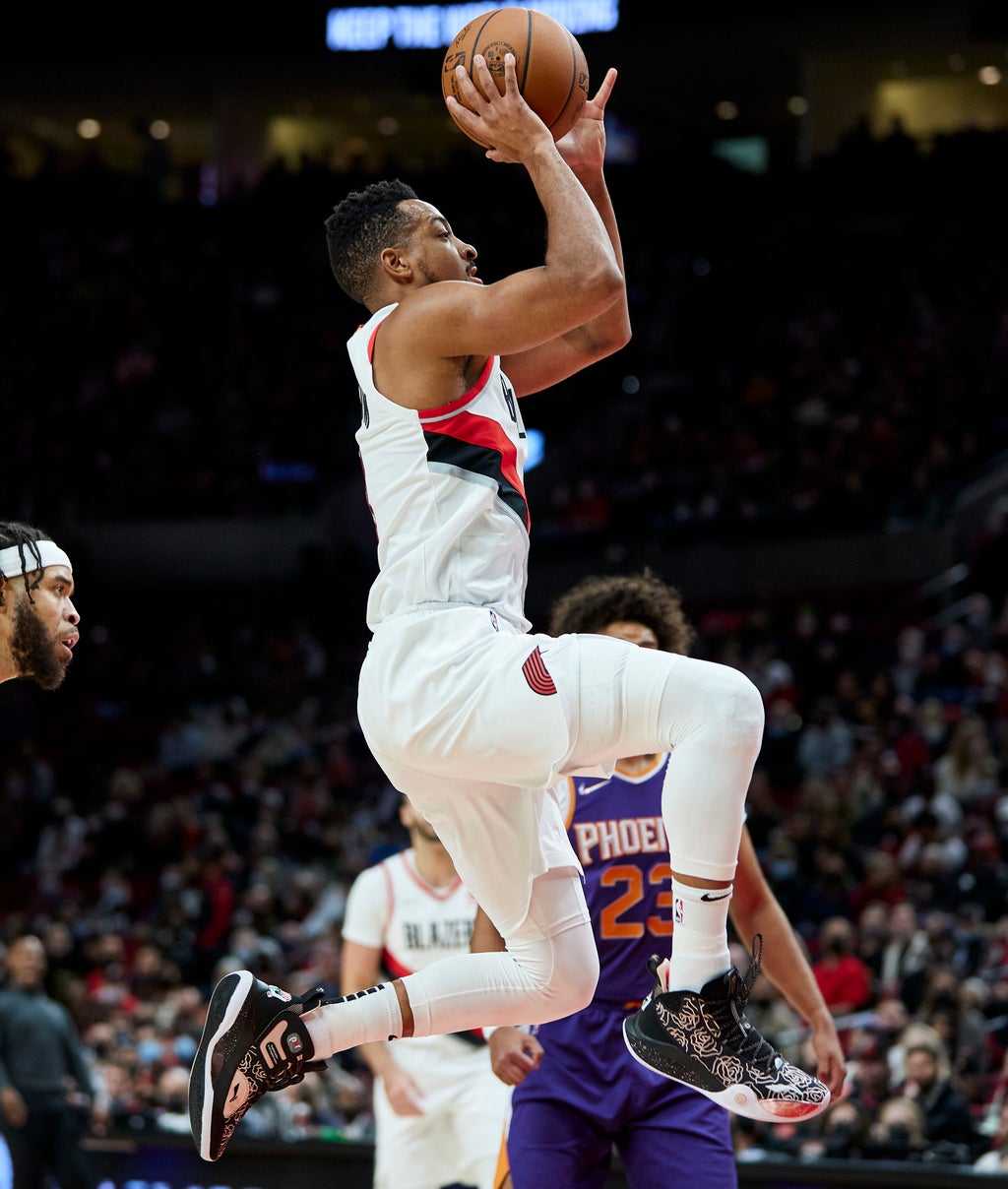 CJ McCollum netted 28, while Damian Lillard scored 19 – including his first three-pointer of the campaign – and had eight assists as the Blazers led by as many as 37 en route to victory.

Rookie Evan Mobley finished with a 17-point, 11-rebound double double as the Cleveland Cavaliers nabbed the first win of their campaign over the Atlanta Hawks. winning 101-95.

The Toronto Raptors had another poor night at home with a 103-95 defeat to the Dallas Mavericks – their second home loss of the season – while the Minnesota Timberwolves hung on for a 96-89 victory against the New Orleans Pelicans.

The Chicago Bulls were 97-82 victors over traditional rivals the Detroit Pistons, reigning champions the Milwaukee Bucks improved to 2-1 with a 121-111 result against the San Antonio Spurs, and the Memphis Grizzlies stayed undefeated with a 120-114 win against the Los Angeles Clippers.

In the day’s remaining game, Tyler Herro came up big for the Miami Heat in the fourth quarter to finish with 30 points and 10 rebounds, but it was not enough to overcome the Indiana Pacers, who outscored the visitors 16-5 in overtime to triumph 102-91.