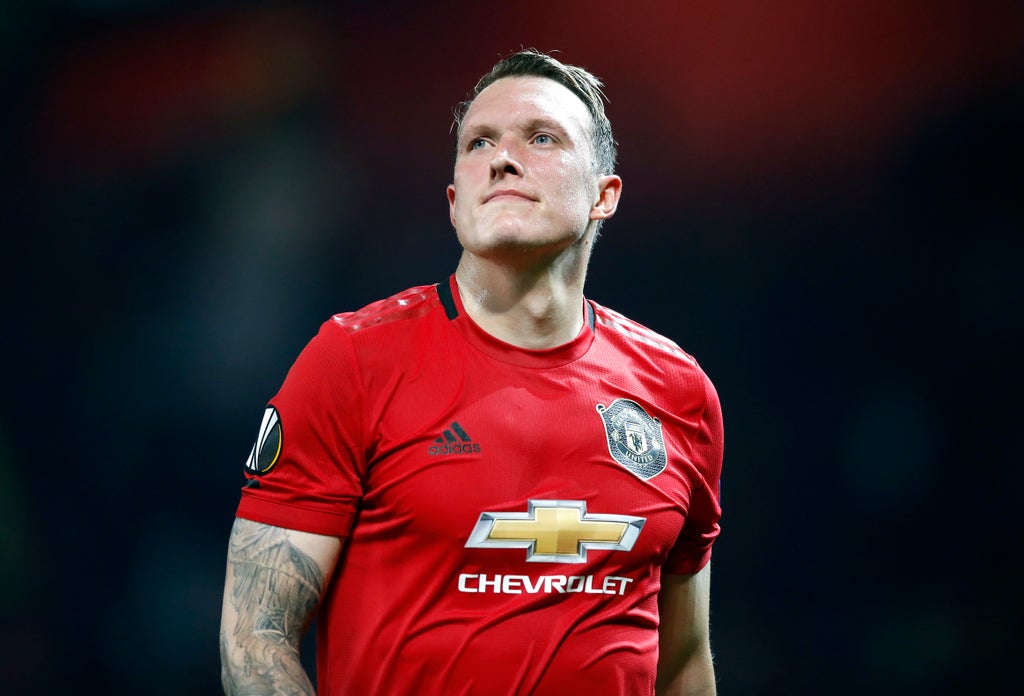 Manchester United defender Phil Jones believes young players coming into the game now have to be mentally capable of handling the “toxic” environment of social media after he turned his back on his online presence.

The 29-year-old, who became the subject of a number of internet memes, has endured his fair share of abuse after enduring a tough time at Old Trafford in recent years.

As a result, while his social media accounts remain live he has not posted on Twitter since May 2017 and the following month for Instagram just because of the abuse he was receiving.

“I stepped away from social media a long time ago but it’s difficult because all your friends read it, your family read it and they support you, they want the best for you,” Jones told the UTD podcast, out on Monday.

“They don’t want to see their mate, their husband, their dad getting slaughtered all over the papers or all over the media, so it’s tough because mentally I was going through a tough time and (then) to read stuff as well…

“It’s difficult but it’s something I’ve learned to deal with, especially over the time I’ve been at United and the more experience you get, the older you get, the better you learn to deal with those things.

“I suppose for young players coming into the game now, not just at Man United, but all over the world, it’s a very hostile, toxic place to come into and they’ve got to be able to deal with that mentally as well as physically.

“I look how the game’s been developed over the last 10 years, and the way social media has developed and it’s difficult to stay away from it.

“It’s difficult not to get distracted by it (and) young players coming into the game, I think it’s difficult for them not to read it.

“I know as a young player, that’s the first thing you do: you come off the game and you want to see what people are saying about you and when you strip it all back in reality, it doesn’t really matter what they say because they’re not picking the team.”

Jones has not played for United since an FA Cup tie against Tranmere in January 2020 due to a knee problem but has featured in a couple of behind-closed-doors friendlies and was in the matchday squad for last month’s Carabao Cup defeat to West Ham.

However, his return to fitness may prove timely as Harry Maguire is out for a few weeks with a calf problem and summer signing Raphael Varane was forced off injured in France’s Sunday’s Nations League final victory over Spain.

That could mean for the match against Leicester on Saturday manager Ole Gunnar Solskjaer looks set to have to field Victor Lindelof plus either Eric Bailly, whose one appearance this season came in that Cup defeat to West Ham, or potentially Jones.