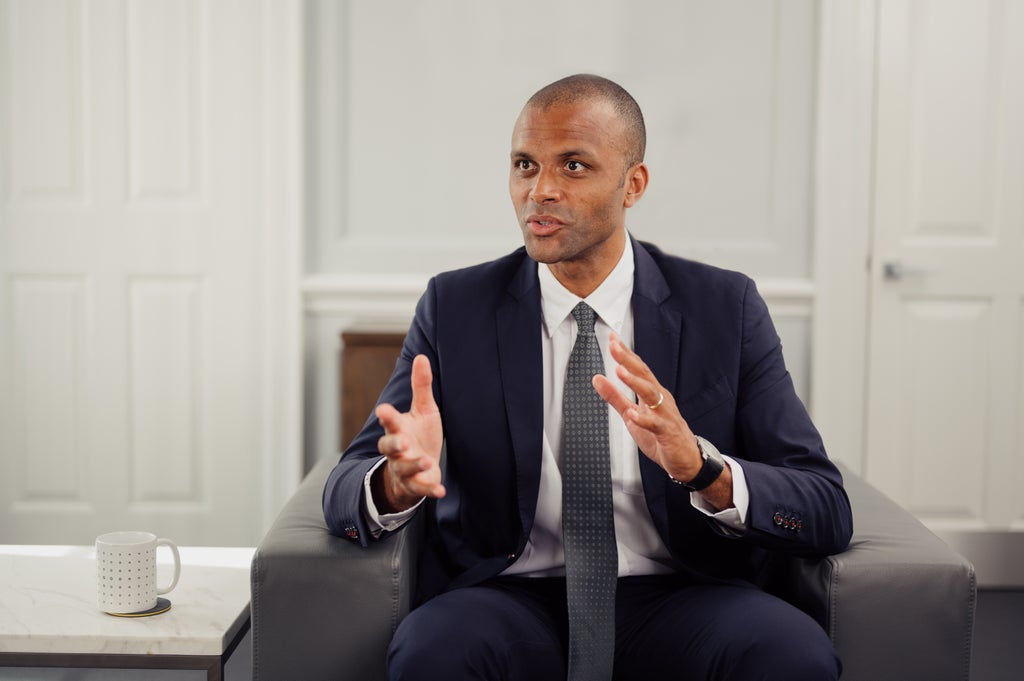 Players would like the red list quarantine period cut to five days, the chief executive of the Professional Footballers’ Association has said.

The Government announced an exemption from the regular 10-day quarantine for elite players last week, provided they are fully vaccinated against Covid-19.

Under the agreement, players would not have to stay in a Government-approved hotel when they return to the UK after visiting a red list country for a World Cup qualifier.

However, the exemption does not allow them to isolate at home – instead, they would be based at a club-owned facility for 10 days and only allowed to leave it once a day to train or play.

Liverpool manager Jurgen Klopp has already criticised the agreement, saying the Premier League had not fought hard enough for the players.

And now PFA chief executive Maheta Molango has called for the quarantine period to be halved, pointing out the sacrifices footballers made during Project Restart.

He told the PA news agency: “The players are not machines at the disposal of the club to perform – those people have a family.

“What is happening is that they will go away, approximately 14 days for the national team, followed by a 10-day quarantine so it’s 25 days without seeing your family.

“It is not just a question of money. It is a question of, ‘I have two kids and I want to see my kids, and I’m going to be away for 24 days, which can then be repeated in November and repeated in January’ (when there is a further international window for all confederations except UEFA).

“There needs to be an understanding that players are human beings, who made a lot of sacrifices to continue playing during Covid (in Project Restart), without being vaccinated.

“So while all of us were at home, they were working without a vaccine and exposing themselves to keep the enjoyment of fans going. We should remember that.

“When they go from one bubble to another bubble, make it five days. They will be happy with that. I think it’s a unanimous opinion (among players) at the highest level, not just Premier League but also EFL and WSL.”

Molango said the percentage of players in the Premier League and EFL who were now double vaccinated was “heading in the right direction” and stressed the PFA’s job was to help the players access expert advice, rather than misinformation on social media.

“Our role has been to drive them towards the right source of information.”

“Our perception, because there are GDPR reasons which prevent us reading the actual data, is that the percentage (of vaccinated players) is picking up. It’s encouraging, we’re heading in the right direction.

“It’s a generation that needs to be explained to – not just told. I think this is society in general, people are not just happy to be told, they want an explanation.”

The BBC has reported that as of last week there were only seven Premier League clubs where more than 50 per cent of players were vaccinated.

Molango later addressed the Leaders Week sports business conference and warned the demands of football’s calendar risked making players into “shadows” of themselves.

At a time when FIFA is consulting over biennial World Cups, Molango said: “I fell in love with this game because I saw the best version of my idols. Now what my kids see on TV is just a shadow of what we should expect.

“It is not that the players are one more stakeholder – they are the stakeholder. If there are no players, there is no game.

“Conceptually it’s about pushing the reset button and saying, ‘if we want to see the best version of those guys on the pitch, how much rest do they need?’

“And once we establish how much rest they need, then we can work backwards to create a calendar.

“I find it very surprising that we are considered one more stakeholder when we should be the central stakeholder and even more so this generation of player.

“It’s the generation of player who care, who are informed, who have a voice, who are conscious of the platform that they have for transformation, so I think there is no reason why not to give them more of a chance to express what they feel.”