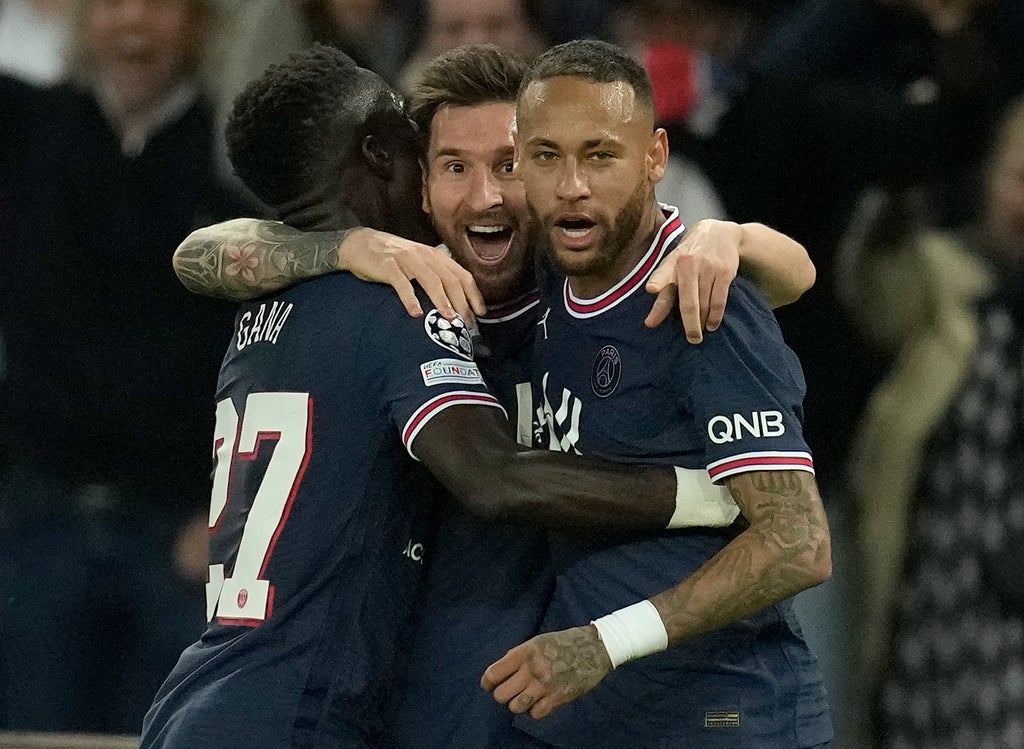 The six-time world player of the year scored his first Paris St Germain goal as the French side avenged their loss in last season’s semi-finals with a 2-0 group stage victory on Tuesday.

Messi had been doubtful ahead of the game but proved his fitness with a stunning goal after 74 minutes of a compelling clash at the Parc des Princes, adding to Idrissa Gana Gueye’s early strike.

City boss Guardiola is well aware of the damage Messi can do to teams after the pair’s successes together for Barcelona, which included two Champions League wins.

Guardiola said: “We dealt with PSG first of all but we know it’s impossible to control Leo during 90 minutes.

“He was not much in touch with the ball – of course he was coming back from injury, he needed a bit of rhythm – but we know quite well when he can run and get close to the ball he is unstoppable.

“What we have done is minimise, as much as possible, these kind of options and create the chances that we could create and I’m satisfied with the way we played.

“People can’t deny that we were there. We arrived here, we did our game, but it’s always a risk when you lose the ball and they can make one pass, especially with (Marco) Verratti, an exceptional, extraordinary player, and make contact with Neymar and Messi and they can run, it’s difficult.

“We did a really good game but we should have scored goals and we didn’t do it. That’s why we lost.”

Guardiola added that he was “in love” with Italy midfielder Verratti, but it was inevitably Messi who took the plaudits.

“I wish him the best,” said Guardiola of his former Nou Camp star. “If he is happy and enjoying this period in Paris, I will be happy.”

PSG boss Mauricio Pochettino was pleased for Messi that he had opened his goalscoring account for the club after a slow start to his career in the French capital.

The former Tottenham manager said: “I did celebrate the goal. Usually I don’t celebrate goals, I keep it to myself, but today, for Messi, I did.

“I spent years watching Messi score goals from the opponent’s side so this time, scoring for my team, that’s great.”

Pochettino was quick to point out, however, that Messi’s goal capped a fine team performance.

He said: “You need this type of performance for a player like him to be able to score goals and fill the net.

“Victories are always a collective and from the team. It is a team sport. The victory comes against one of the best teams in the world and one of the best managers. It is obviously a very good result and I am very happy.”

The result ignited PSG’s challenge in Group A after their opening draw against Club Brugge and lifted them above City.

Pochettino said: “The three points are really important. It wasn’t easy when City played really well but we managed to be really offensive and score two goals. I am pretty happy.”