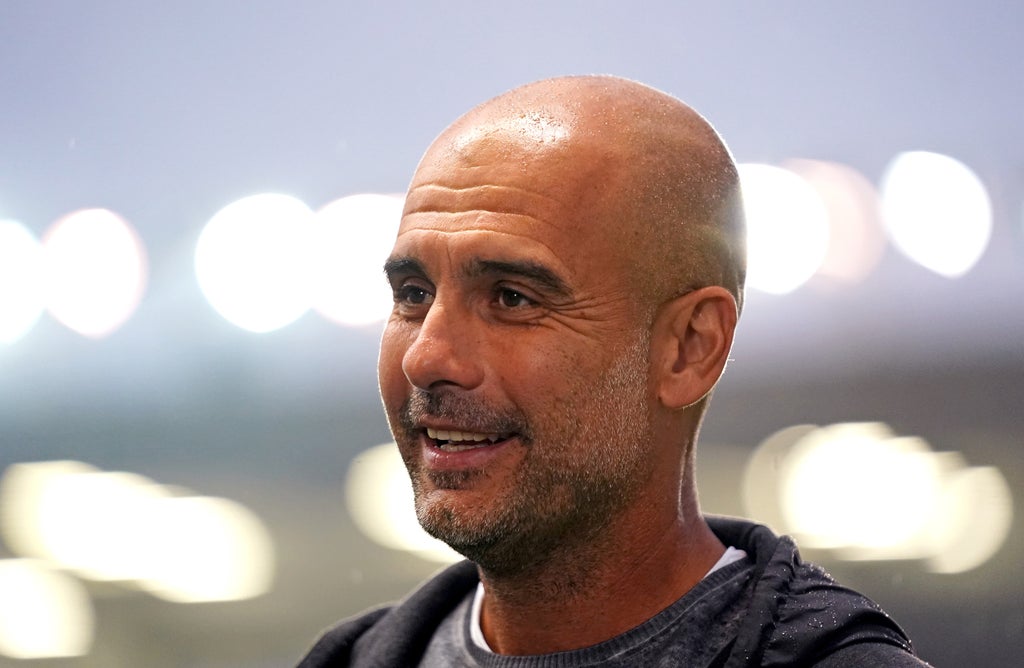 Pep Guardiola claims it is an honour for Manchester City to be competing with Liverpool for the top honours.

City spent many years, even decades, in the shadow of illustrious neighbours Manchester United and Liverpool before rising quickly to the top of the English game following Sheikh Mansour’s takeover in 2008.

In recent years, it is Liverpool who have been their chief title rivals. While City have won the Premier League in three of the past four seasons, Liverpool have also won a domestic title and a Champions League in the same period.

Again, the two teams are being tipped to challenge for the crown this season and they meet on Sunday in an eagerly-anticipated clash at Anfield.

“For us it’s an honour to have Liverpool as a rival,” said City manager Guardiola, who has won eight major trophies since taking charge at the Etihad Stadium in 2016.

“Decades ago we were not rivals to them. For many years we have tried to compete with this legendary club and for us it’s an honour. Hopefully for them too.

“It means we are there competing with one of the historic teams in England, alongside United, and that’s nice for us.”

City go into the game trailing unbeaten Liverpool by just a point and with Guardiola upbeat after recent showings against Chelsea and Paris St Germain.

A Gabriel Jesus winner saw City eke out a 1-0 win over another title challenger at Stamford Bridge while they also performed creditably against a Lionel Messi-inspired PSG in the Champions League on Tuesday.

Guardiola claims performances matter more to him than results at this stage of the season.

He said: “I start to see the table after 10 or 12 fixtures. To be one point ahead or one point down now, it’s not important.

“For now it’s how you play, the feeling you have as a team. We reached a high level in the last weeks, especially in the last two games, and we have to continue. That is going to help you be at the end, in the last stages of all competitions in the last months.

“It’s important to win at Anfield, I cannot deny that, but we know how difficult it is. Last year was the first time for many years we were able to do it and it remains so difficult.

“This is the challenge and it is nice, like it was in Stamford Bridge and France, to live these kind of games.”