Pep Guardiola wants Ilkay Gundogan to stay at Manchester City next season and has offered a withering response to ‘great Twitter accounts’ linking the midfielder with a move away from the Premier League title chasers.

Germany midfielder Gundogan’s City contract expires at the end of next season, and transfer expert Fabrizio Romano claimed on Tuesday that there were ‘serious chances’ for the playmaker to leave the club.

Barcelona and German clubs are said to be interested in Gundogan, and Arsenal boss Mikel Arteta, who worked with him during his time as Guardiola’s assistant, is reportedly keen if Arsenal’s unlikely pursuit of Champions League qualification succeeds on the final day of the season. 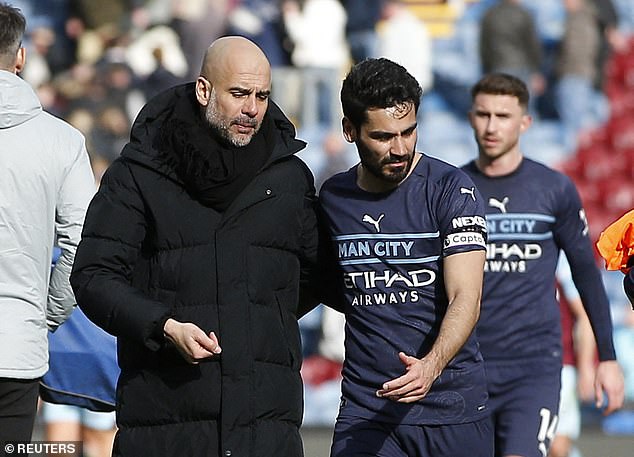 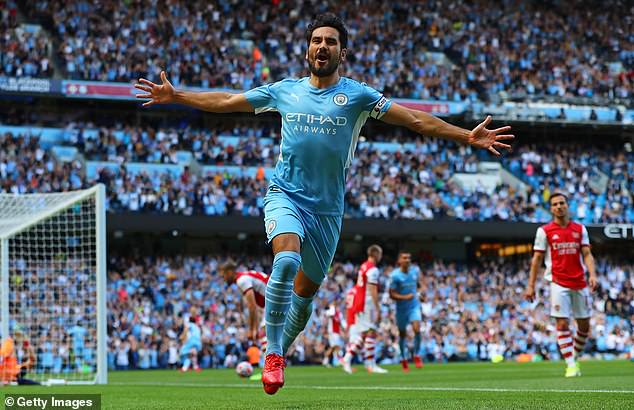 Guardiola said: ‘If you ask me personally, at the club, I want Ilkay next season here. There’s no idea, no intention next season for Ilkay not to be here.

‘All the great twitter accounts have said he’s going to leave, so congratulations. Maybe [they] have more information than the club, but I didn’t know it.’

Gundogan has made his fewest appearances in all competitions this season since his injury-hit first campaign in 2016-17 after arriving from Borussia Dortmund.

The three-time Premier League winner has still been a regular for the title contenders, featuring 42 times and scoring six goals in the top flight. 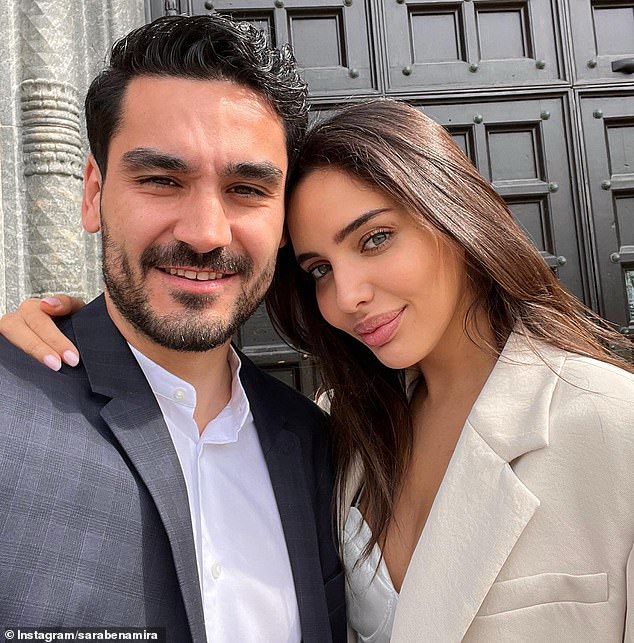 Gundogan revealed he married his fiancée, Sara Arfaoui, in a private ceremony in Copenhagen 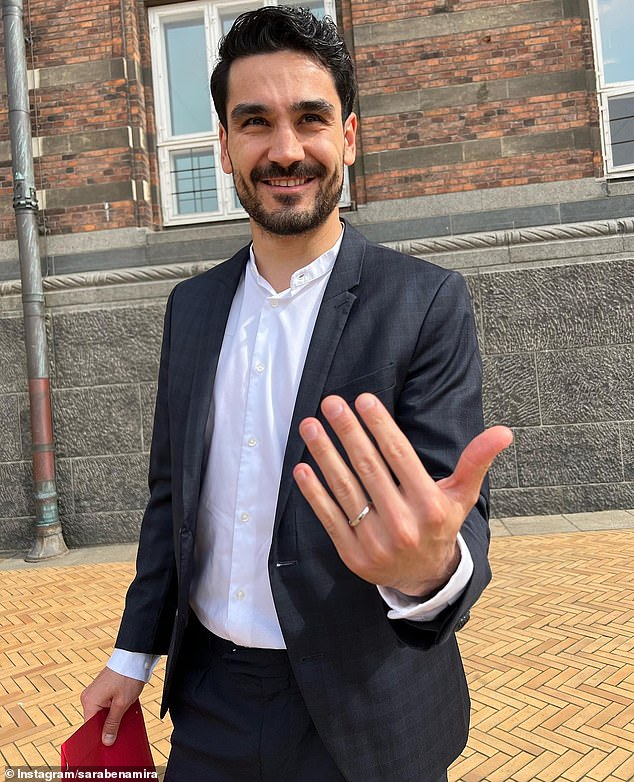 The midfielder first met the 26-year-old Italian model in 2021, becoming engaged in December

Gundogan has played every minute of four out of City’s last six Premier League games, taking the captaincy in three of those matches.

The 31-year-old flew to Copenhagen to marry fiancée Sara Arfaoui in a private ceremony earlier this week.

Gundogan shared a snap of the pair on Instagram and wrote: ‘We are married. We are really happy. Can’t wait to celebrate with our families and friends.’

Guardiola said: ‘I congratulate him. If he wants to leave because, I don’t know, he’s getting married, he wants a new experience or whatever, as a club we don’t know it.’

City need to beat Aston Villa at home on Sunday to guarantee retaining their Premier League title ahead of nearest rivals Liverpool, who can only realistically finish top if Guardiola’s side drop points and the Reds beat Wolves at Anfield.

Arsenal, whose pursuit of City striker Gabriel Jesus is also likely to depend on securing Champions League football, will only finish fourth if they beat Everton at home and Tottenham lose at relegated Norwich.