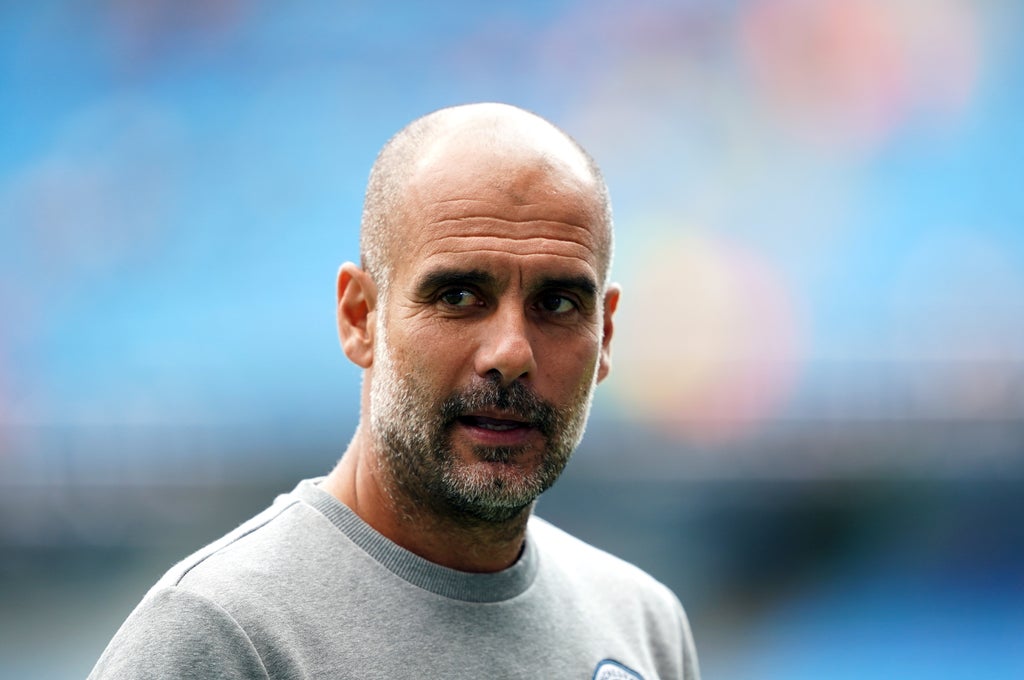 Pep Guardiola has admitted he never imagined staying at Manchester City as long as he has when he joined the club five years ago.

Guardiola will take charge of his 200th Premier League match when Crystal Palace visit the Etihad Stadium on Saturday.

After four years with boyhood club Barcelona and three with Bayern Munich, Guardiola initially signed a three-year deal when he joined City in 2016, but has signed two extensions and is committed until the summer of 2023.

“When I arrived here I never thought I would be here for six seasons, never ever,” the 50-year-old said. “I thought, ‘OK, I’ll come here for three seasons and try to do a good job.”

But Guardiola laughed and said, “No, I don’t think so,” when asked if he might clock up another 200 league games with the club, leaving fans to wonder how much longer he might actually stick around.

“I couldn’t be in a better place right now,” he said. “I have everything I need to do my job as well as possible. I’m surrounded by fantastic players, including those who are sad because they do not play – I understand them.

“I have everything, a great backroom staff. The hierarchy support me unconditionally. When we lose we try to find a solution to improve the team. I cannot be in a better place to do my job. That is why I extended once and why I extended twice.

“Otherwise I would not be here and another manager would be here doing well because this club remains stable in so many ways.

“I’m pretty sure the next step I’m going to take when I will be replaced, the new manager will do an exceptional job because the basis is there.”

Trying to get Guardiola to look into the future is a difficult job. It was telling that when asked what was still left on his bucket list to achieve at the club, he would not look further than Saturday’s meeting with Palace and City old boy Patrick Vieira.

“My happiness will not change thinking right now about winning the Premier League or the Champions League or any other competition. My happiness depends on tomorrow beating Crystal Palace, that is my only concern. That’s how it is my whole career.”

As he reflected on his own tenure and a changing of the guard at his old club Barcelona this week, Guardiola repeatedly said that no manager in the game, regardless of reputation, is safe if results turn against them.

And he expressed empathy for Manchester United counterpart Ole Gunnar Solskjaer, under heavy pressure after his side’s 5-0 capitulation against Liverpool last Sunday.

“At United everything that happens is double,” he said. “When it’s United-Liverpool, two of the greatest teams in England in terms of results for many years, everything is double.

“It’s not a surprise. If I don’t have good results, I will be treated the same. No manager can survive on bad results. Of course expectations are high at United.

“It’s a long time since they won the Premier League. They have to work to get results because their history demands it. It was the same when I took over at Barcelona. I had to win or there would be a new manager.

“I’m sure Ole and all the people who surround him will work hard to win the next game. There is no more secret to it than that.”