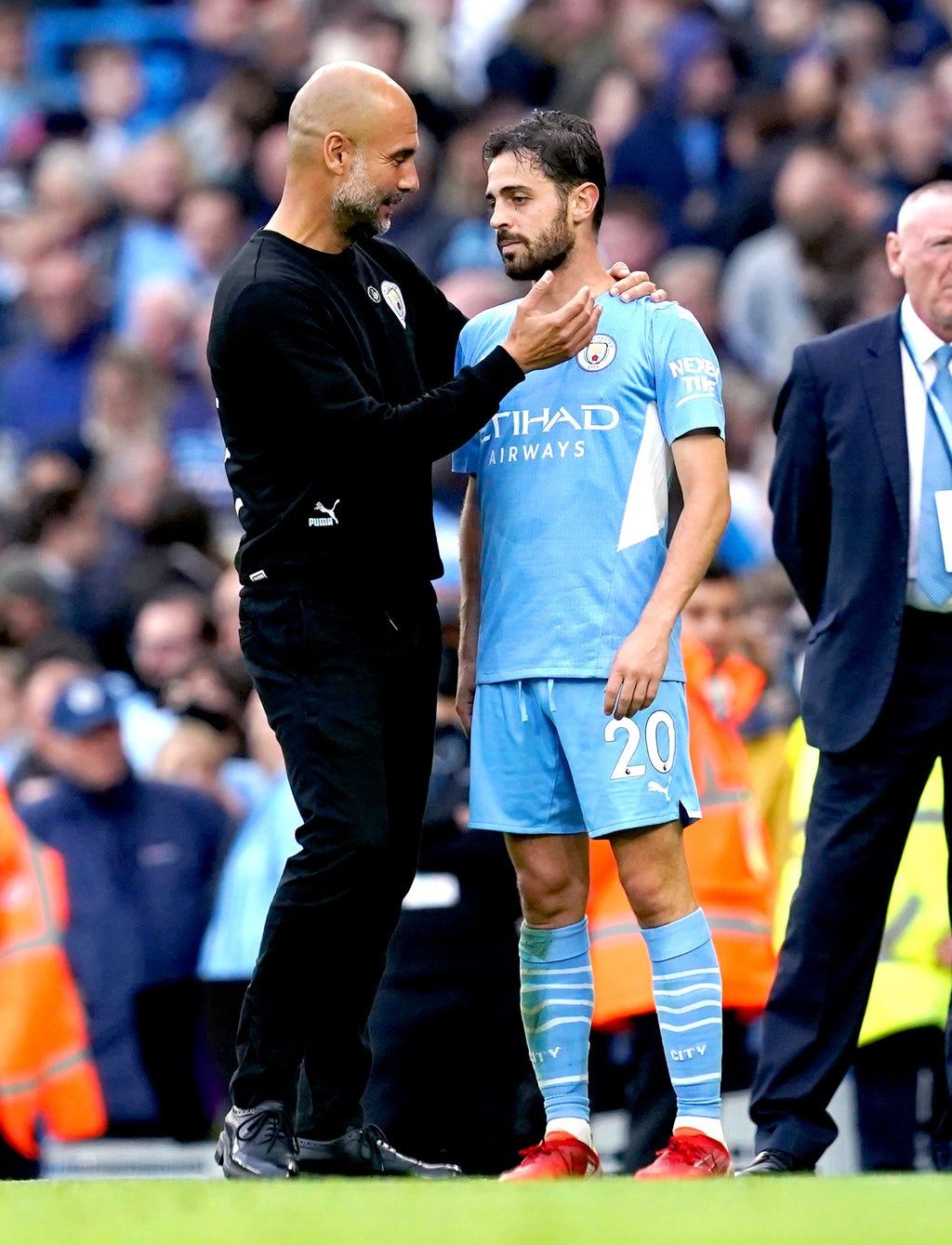 Silva, who was linked with a move away in the summer, has been in fine form in the opening months of the season and again stood out in an otherwise disjointed City display at the Etihad Stadium.

The Portuguese scored the first of City’s goals after 12 minutes and had other opportunities in an impressive personal showing.

Guardiola said: “He is in the best form, alongside Rodri. They have both played incredibly well in the last four or five games.

“Bernardo is at the same level as in our second season (together) when we won 98 points. He was out of this world, the way he played.

“He always gives us the extra touch, the extra pass we need and he doesn’t lose balls. He scored a goal, which was important for him.

“The performance of Bernardo has been extraordinary again. We are incredibly lucky to have him.

“He is a joy to have with us and is playing in an incredible top level right now.”

City, without Ederson and Gabriel Jesus after their late return from international duty, were not at their fluid best but Burnley failed to punish their mistakes and the hosts had enough quality when it mattered.

Kevin De Bruyne put the result beyond doubt with their second goal 15 minutes from time.

Guardiola said: “My players always play good because they give everything and they gave it in a difficult game after the international break.

“Burnley are organised and you have to adjust and adapt to the way they play. I am so satisfied for the game we played and the victory we got.”

Burnley remain without a win and have just three points to their name after the first eight games of the season.

However, Clarets manager Sean Dyche whose side had lost 5-0 on their last four visits to the Etihad, felt there were some positives to take.

Dyche said: “It was a better performance here. It’s been tough in recent times.

“We didn’t do much wrong but got punished. A couple of moments went against us from them reacting quicker.

“We created some good chances, which isn’t easy coming here, and on reflection there are some positive signs.

“We didn’t get anything but there are signs the team is heading in the right direction. There is belief around what we are trying to achieve.”