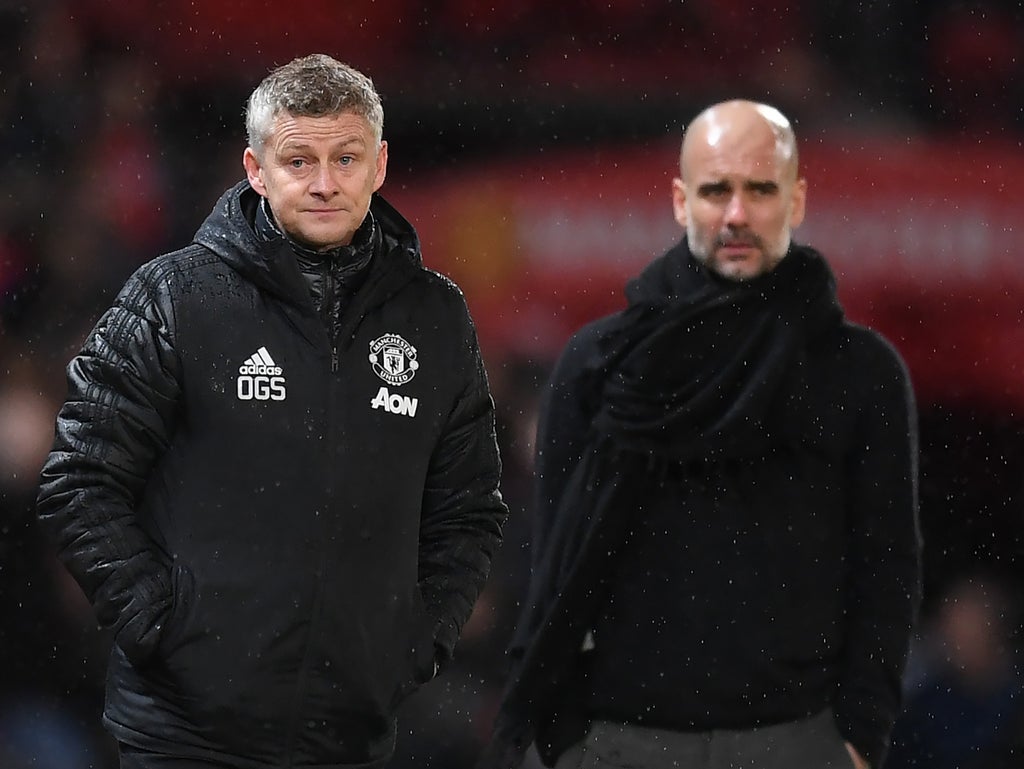 Pep Guardiola has admitted to having sympathy for Ole Gunnar Solskjaer after witnessing the pressure that his Manchester United counterpart has come under over the past week.

Solskjaer has been left clinging to the Old Trafford job in the wake of a harrowing 5-0 home defeat to Liverpool last weekend, though will take charge of Saturday’s trip to Tottenham Hotspur.

The visit to north London is the first of the three games that could decide Solskjaer’s fate, with United facing a Champions League trip to Atalanta on Tuesday before next weekend’s derby against Guardiola’s Manchester City.

Guardiola has not only watched Solskjaer’s position come under scrutiny this week but also saw his ex-team-mate and friend Ronald Koeman sacked by his former club Barcelona after an underwhelming start to the season in La Liga.

The City manager was sorry to see both Solskjaer and Koeman experiencing difficulties, though added that all managers know their fate will be determined by results.

When asked whether he had any sympathy for Solskjaer, Guardiola said: “Of course. At United, everything that happens is doubled.

“The influence of them, like Liverpool, they are the greatest teams in England for many years. When it happens, their victories are double, defeats are double. Of course, it’s not a surprise.

“If I don’t have good results, I’ll be treated the same. Every manager. Nobody can survive bad results, no-one. So expectations are so high at United, you have to win.

“For a long time the team doesn’t win the Premier League, they do and they work to get results in terms of titles because their history demands it. When I took over Barcelona, I knew it. I had to win. Otherwise, another manager will be in this position.

“I’m saying the most obvious things that everyone knows. And in that moment that it happened I’m pretty sure Ole is surrounded by people, family, the staff to be close to them and try to win the next game. There are no more secrets than that.”

Guardiola will take charge of his 200th Premier League game when leading City against Patrick Vieira’s Crystal Palace at the Etihad on Saturday though he does not intend to stay long enough to manage another 200 games.

“When you are at 200 games, you have many years and that means you won games, no secrets. We are judged for results, not how good or bad we are, just results. If you get this milestone, it’s because we have done quite decent with the players.”

“I don’t have any regrets. I could not demand or ask more than we have done so far. Impossible. I’m delighted what we lived together in this period, hopefully we can continue working and doing well.”