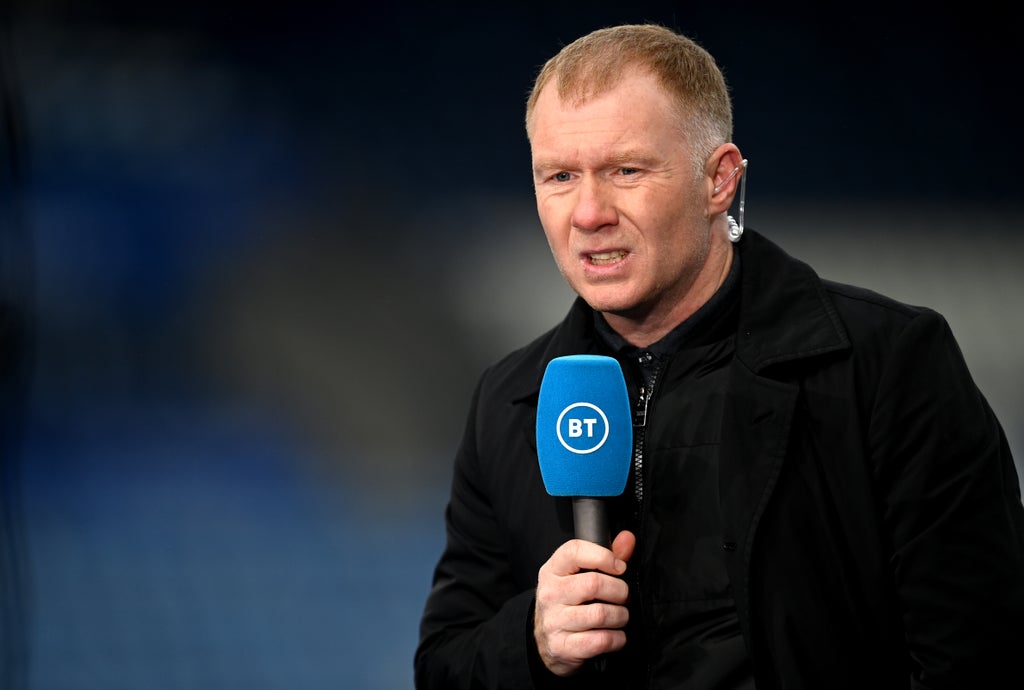 Paul Scholes refused to get carried away with Manchester United’s breathless Champions League comeback against Atalanta insisting that they would have been “absolutely destroyed” by a top European team.

Former United midfielder Scholes, who won 20 major titles with the club during his glittering career at Old Trafford, was specifically worried about Sunday’s upcoming clash with rivals Liverpool in the Premier League.

The 46-year-old used his half-time analysis slot on BT Sport to take aim at the two-man midfield in Ole Gunnar Solskjaer’s formation.

United found themselves two goals down at the break in a crunch Champions League Group F fixture at Old Trafford, with Fred and Scott McTominay the only players named in the midfield.

Solskjaer’s side were staring down the barrel of a fifth loss in eight matches in all competitions and were booed by some fans as they trudged off at half-time, only to storm back memorably and win 3-2.

Marcus Rashford struck on his first start since the Europa League final and Harry Maguire lashed home a leveller, setting up a box-office finish that Cristiano Ronaldo delivered with a powerful header from Luke Shaw’s cross.

The stirring second-half comeback displayed the best of Solskjaer’s side but they have plenty of room for improvement, notably at the back after Mario Pasalic and Merih Demiral capitalised on poor defending in the first half.

Scholes said: “Ole said before the game it was 4-2-4. I don’t care who those two players in the midfield (are), when you are playing against a good European team, you are going to get absolutely destroyed.

“Neither wide player is running back, Bruno Fernandes is making the odd effort to get back in and help them, but they will get destroyed.

“If Manchester United were playing a really good team, we could be looking at four or five.

“It was great fighting spirit but they still conceded so many chances. Everyone will get carried away with this euphoria now but will he play like that against Liverpool on Sunday?

“It was that brilliant, it was that good and everyone is smiling and everyone is happy. Go and do that against Liverpool and see what happens. Imagine Jurgen Klopp watching that first half at home, he’ll be rubbing his hands together.”