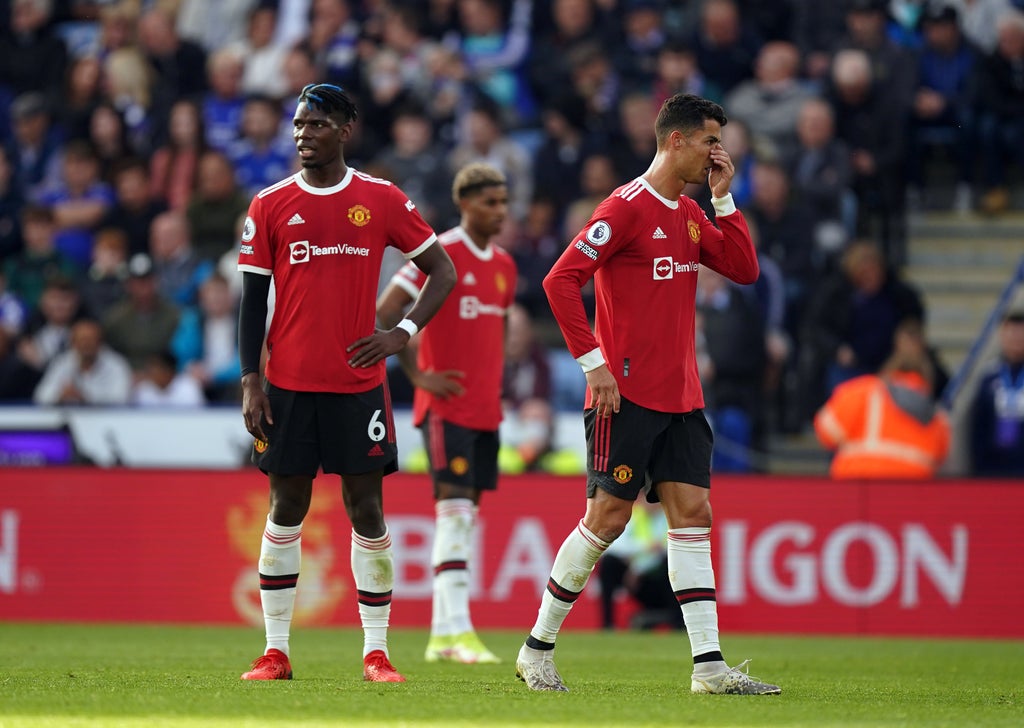 Ole Gunnar Solskjaer and Paul Pogba admitted careless Manchester United deserved to lose after their unbeaten away record went up in smoke in chaotic fashion at Leicester.

The Old Trafford giants lost a Premier League match on the road for the first time since January 2020 as Brendan Rodgers’ Foxes romped to a thrilling 4-2 win on Saturday afternoon.

Mason Greenwood’s stunner put United ahead, only for Youri Tielemans to equalise in similarly impressive fashion after captain Harry Maguire was caught out on his return from injury.

“To be honest, we’ve been having those kind of games for a long time and we haven’t found the problem,” he told broadcasters. “We need to find what’s the problem.

“To concede goals, easy goals, you can say stupid goals, when we know those games when we play on this pitch the fans are going to push, going to put pressure on us and everything.

“We need to be more mature, I think. We need to play with more experience, arrogance in a good term, meaning that we have to take the ball and play our football.

“But now you have to find what’s the key of this change and this game that we lose because I think we deserved to lose today.”

United boss Solskjaer agreed that the result was deserved on an afternoon when he was infuriated by the lax defending.

“We didn’t deserve points today,” the Norwegian said when Pogba’s comments were put to him. “We started well, Mason scores, shows his qualities and then for a little while you think maybe we can get the second, then we gift them the first goal.

“Maturity? I wouldn’t say maturity. I would say the focus in key moments. You know, two set-piece goals, one goal 10 seconds after we’ve just equalised, that shouldn’t happen, and of course the first goal we gift them that one.

“All of the goals were disappointing how we’ve conceded them.”

Things do not get any easier for under-fire United, who host Atalanta in the Champions League on Wednesday before rivals Liverpool roll into town on Sunday. Then Premier League games at Tottenham and at home to Manchester City come either side of the trip to Atalanta, before the November international break.

Solskjaer knows something need to change – “it says everything our best player was David [de Gea] but we still conceded four goals,” he said – and wants a reaction.

“Every game in the Premier League, every game in the Champions League, they’re hard,” the United boss said. “They’re big games, all of them. Leicester away is just as big a test as Atalanta at home, for example.

“That’s the nature of football. You’ve got to respond to setbacks.”

While United nurse the wounds following a chastening loss, Leicester are looking to kick on after ending their four-match winless Premier League in style.

“It’s much more like what we’ve been used to seeing of the team,” Foxes boss Rodgers said. “A really aggressive, emotional game, pressing the opponent – a really difficult team to play against.

“Then once you can press and be that aggressive then that takes the temperature of your attacking game up and then with that we were excellent. We created opportunities, scored four, could have had some more.

“Our concentration level was at a high level so that was that was much more pleasing in terms of performance.”