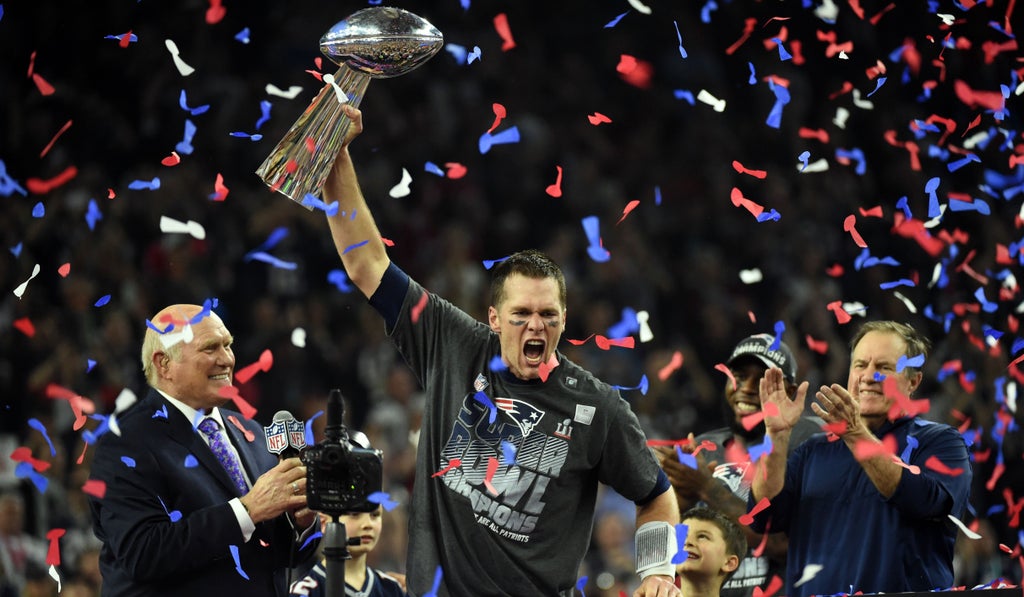 When Tom Brady steps out onto the field at Gillette Stadium on Sunday night, everything will be familiar. The smell of the stadium, the noise of the crowd, the feeling of the crisp autumn air – it will all remind Brady of the greatest moments of his life and the nights that forged his legend in the NFL.

Everything will be familiar, that is, until he makes his way to the opposite sideline.

The 44-year-old quarterback returns to the New England Patriots for the first time this weekend in the homecoming to end all homecomings.

In 20 years with the team, Brady and coach Bill Belichick built the greatest dynasty the NFL has ever seen, winning six Super Bowl titles in an unprecedented spell of dominance.

Brady was synonymous with the Patriots and it was almost impossible to imagine his legendary career taking him anywhere else, which is why his decision to leave New England in March 2020 was such a bombshell not just in US sports but around the world.

The three-time MVP landed with the Tampa Bay Buccaneers after hitting free agency, and it was with the Florida-based team that Brady further cemented his legacy with his seventh ring last season.

The defending Super Bowl champions will arrive in Foxborough carried by the same Brady swagger that helped fuel the Patriots’ two-decade reign.

By contrast, hall of fame coach Belichick has put his faith in rookie quarterback Mac Jones as he looks to launch a final shot at a seventh Super Bowl crown after instigating a quickfire rebuild.

While Brady will receive a reception befitting of his place in Patriots history on Sunday night, that is why the Bucs and the NFL’s top-scoring offence are heavy favourites ahead of this primetime matchup.

Bruce Arians’ team may be coming off their first loss in 10 games following a defeat to the Los Angeles Rams last weekend, but Brady is armed by an array of attacking weapons, from Mike Evans and Chris Godwin to Antonio Brown to another returning Patriots legend in Rob Gronkowski.

Bolstered by a defensive unit that contributed heavily to last season’s title, it is clear why the Bucs remain favourites, along with reigning AFC champions Kansas City Chiefs, to defend their Super Bowl crown this year.

While Brady would not admit it, that the 44-year-old returns to the Patriots as the reigning Super Bowl MVP, while also the championship favourite again this year, must give him a significant sense of justification for leaving the franchise. That feeling probably would not have been there had he returned to the Gillette Stadium 12 months ago.

Brady and Belichick have praised one another in the build up to the game this week and even though the ‘debate’ on whether either would have won as many championships without the other has always just been sports media talk, the quarterback perhaps cemented his claim as the greatest of all time by winning with a new team.

Belichick will be acutely aware of that as he aims to put further gloss to his own outstanding resume – which all adds another layer of intriguing narrative ahead of Brady’s return.

Speculation has swirled all week over the truth behind Brady’s departure and what instigated the divorce between the greatest player and coach combination of all time.

In his pre-game press conference, Belichick denied fresh claims in a new book on the Patriots dynasty that Brady left the team because the relationship between coach and quarterback had broken down.

There were also suggestions that Belichick doubted whether Brady could continue to defy time and play past the age of 45, which hurt Brady and led to him considering his options elsewhere.

Furthermore, upon deciding he was going to leave the Patriots, it has been alleged that Belichick turned down Brady’s request to part ways in person, as the quarterback had done with team owner Robert Kraft.

Both sides denied this, with Brady insisting that his exit from New England was handled “perfectly”, but it ensures that there will be a sharp edge to Brady’s homecoming celebration – in what has been billed as one of the biggest regular season matches of all time.

Brady expects the New England crowd to fully support their own team on Sunday night but there are set to be a couple of emotional moments where the quarterback’s contributions to the franchise are truly recognised.

The first will be when he emerges onto the field he called home and the second will come when he, presumably early on, reaches 68 passing yards to overtake Drew Brees and become the NFL’s all-time passing leader in the regular season – a quirky statistic given Brady already surpassed the former Saints signal-caller if you include play-off yards.

Brees, who claimed the record in 2018 before retiring at the end of last season, will be there at the Gillette Stadium to recognise a moment in history, and it could not be more fitting that it comes at the place where Brady first arrived as an unheralded sixth-round pick and wrote into sports legend one of the greatest stories ever told.

Brady, for his part, continued to stay in the present: “I’m not going to necessarily reminisce. I don’t think this is the moment for that.