‘Tens of millions of pounds disappearing into the Seville skyline’: Pat Nevin suggests the Rangers board will be hurting the most in the long-term over the financial implications of losing the Europa League final

Former Scotland international turned BBC Radio 5Live football summariser Pat Nevin has suggested it will be the Rangers board that will be left the most devastated following Wednesday’s Europa League final defeat to Frankfurt.

Rangers, who led in the second half through Joe Aribo but were soon pegged back, lost to Frankfurt 5-4 on penalties after Aaron Ramsey‘s costly miss from the spot.

Ryan Kent had missed a gilt-edged chance late on in extra time that would surely have won the Europa League for the Glasgow side. 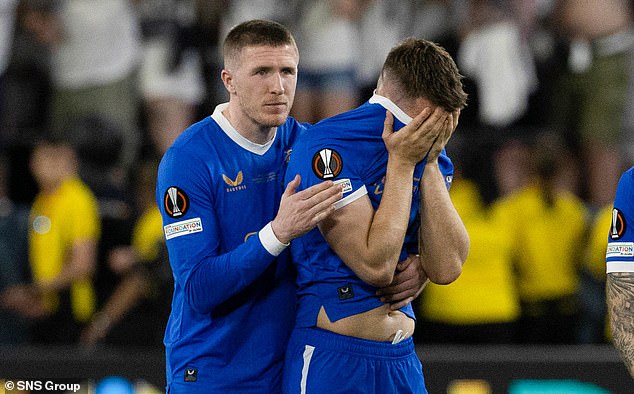 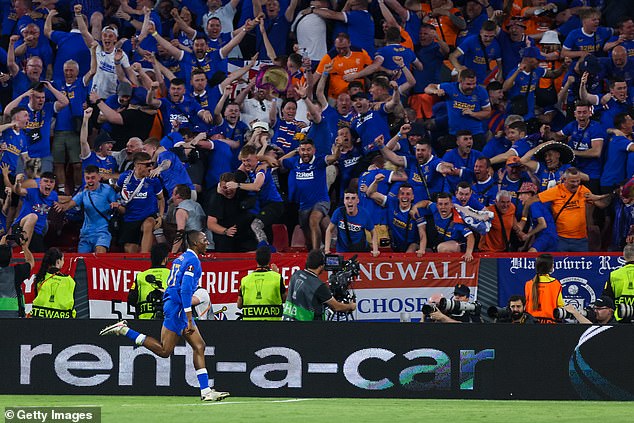 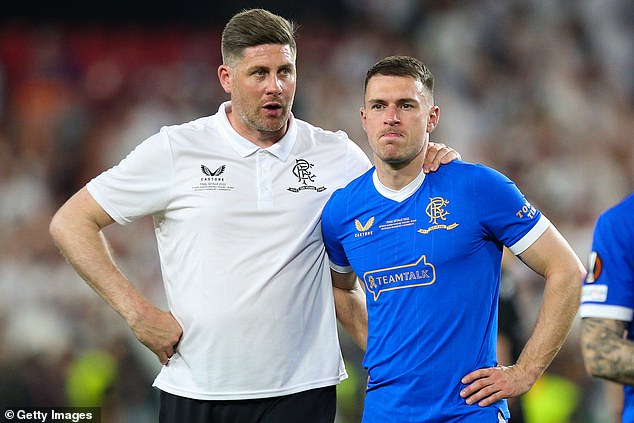 It ended up being a heartbreaking night for Rangers, not least for on-loan midfielder Aaron Ramsey

Speaking on 5Live after the game, Nevin suggested the board would not be able to look beyond the ‘tens of millions of pounds disappearing into the Seville skyline’ that flittered away with the agonising shootout defeat.

However, he added: ‘In the boardroom they won’t. They’ll see pound signs. Tens of millions of pounds disappearing into the Seville skyline. That’ll really hurt. 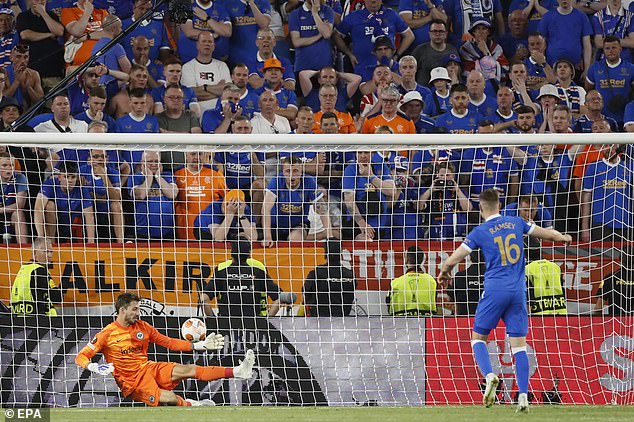 ‘Next season when they need that quality to go and compete [they won’t have as big a transfer budget], that might be the hardest thing to deal with long term.’

Nevin, who played for Clyde, Kilmarnock and Motherwell in his native Scotland, said that this defeat was different to the one in 2008 (when Rangers lost to Zenit) as they deserved to win this final.

He said: ‘Rangers will know that was an amazing opportunity missed and they don’t know when they’ll get it back again. It’s hard to reach European finals.

‘Rangers didn’t deserve to win in 2008, they were beaten by the better team [Zenit]. That wasn’t the case tonight. Eintracht Frankfurt had a few chances themselves but at the end of the game Rangers were stronger.’

‘It’s the oldest cliche in the book, leave it all out on the pitch and Rangers did,’ he added. ‘If they’re better than you, you take it on the chin. Rangers can’t say that. You can’t get any closer. It’s tiny moments.’ 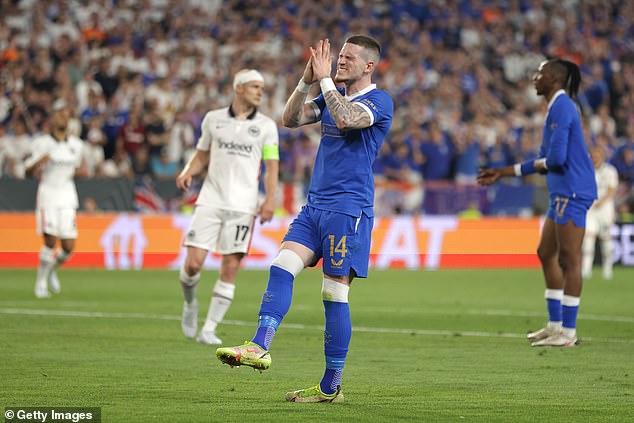 It ended up being a night of what could have been for Rangers, including Ryan Kent’s extra-time chance that was brilliantly saved 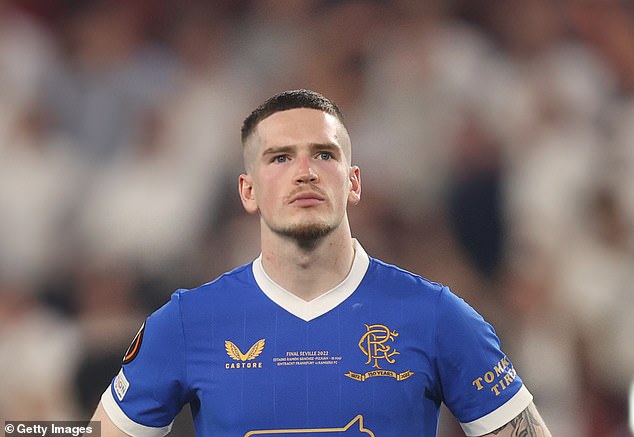 Ryan Kent, who saw his effort saved late on, looked shell-shocked after the penalty shootout