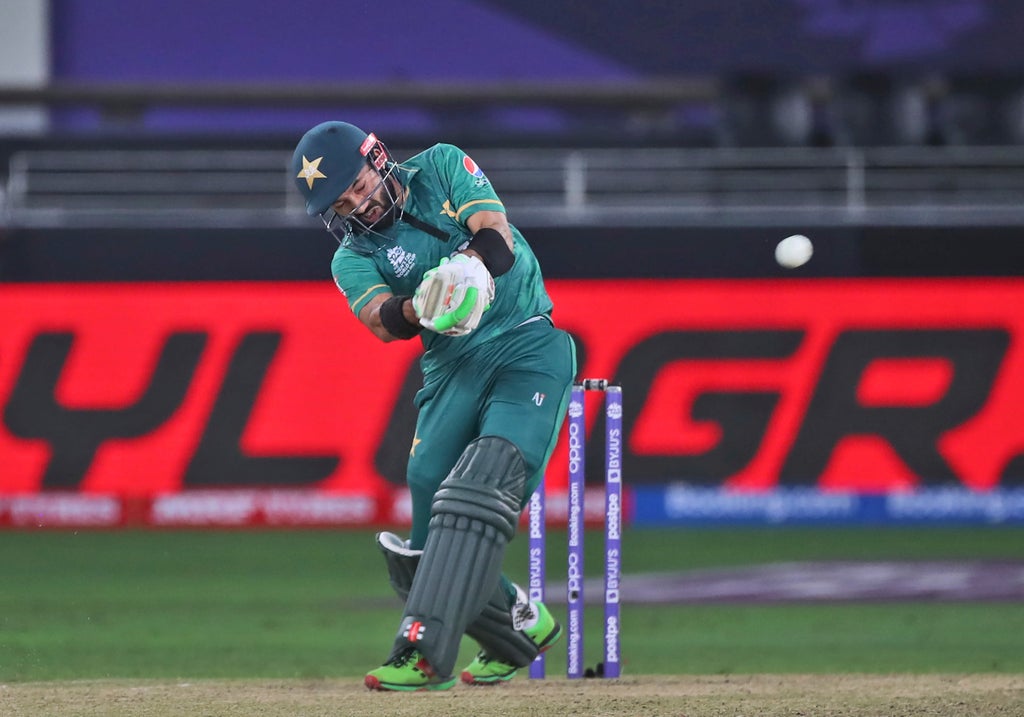 Rizwan became the first batter in history to amass 1,000 T20 international runs in a calendar year as his knock of 67 from 52 balls underpinned Pakistan’s total of 176 for four after they were asked to bat first in Dubai.

While Marcus Stoinis and in particular Matthew Wade performed an incredible rescue act to seal a five-wicket win for Australia, it emerged afterwards that Rizwan had spent the previous two nights in an intensive care unit.

Dr Najeebullah Soomro, Pakistan’s chief medical officer, explained: “Mohammad Rizwan developed a severe chest infection on 9 November after which he was admitted to the hospital. He spent two nights in the ICU recovering.

“He made an incredible recovery and was deemed fit before the match. The decision around his health was made by the whole team management. This was regarding the morale of the whole team, and therefore we kept it within the team.”

Rizwan shared stands of 71 with Babar and 72 with Fakhar Zaman, who ensured Pakistan’s innings finished with a flourish by contributing an unbeaten 55 off 32 balls although their efforts proved to be insufficient.

Nevertheless, Babar recognised what it took just for Rizwan to make it to the ground on Thursday and said: “The way he played, it was exceptional.

“When I saw him, he was a little bit down, but when I asked him about his health he said ‘no, I will play’. And the way he played showed that he’s a team man. And I am very confident about his attitude and his performance.”

Pakistan were heavily fancied to book a showdown against New Zealand on Sunday and that was reinforced when Australia stumbled to 96 for five in pursuit of 172 after Shadab Khan collected his fourth wicket of the innings.

But Stoinis and Wade were undeterred and whittled down the equation from 62 from the last five overs to 22 from the final two. Wade then ended matters with an over to spare thanks to three sixes in a row off Shaheen Shah Afridi.

Wade, dropped in the deep on 21 moments before launching an attack on Afridi, was unbeaten on 41 from 17 balls and Stoinis was a capable foil on 40 not out from 31 deliveries.

“We certainly didn’t go into the game targeting (Afridi). He’s a terrific bowler and I just got lucky, I suppose.”

Hammered by England at this venue less than two weeks ago, Australia have responded magnificently and they ended Pakistan’s 100 per cent record in the tournament to guarantee a first-time winner will be crowned on Sunday.

Wade added: “We’ve got nothing to lose. We’re going to go out there, do our absolute best.”