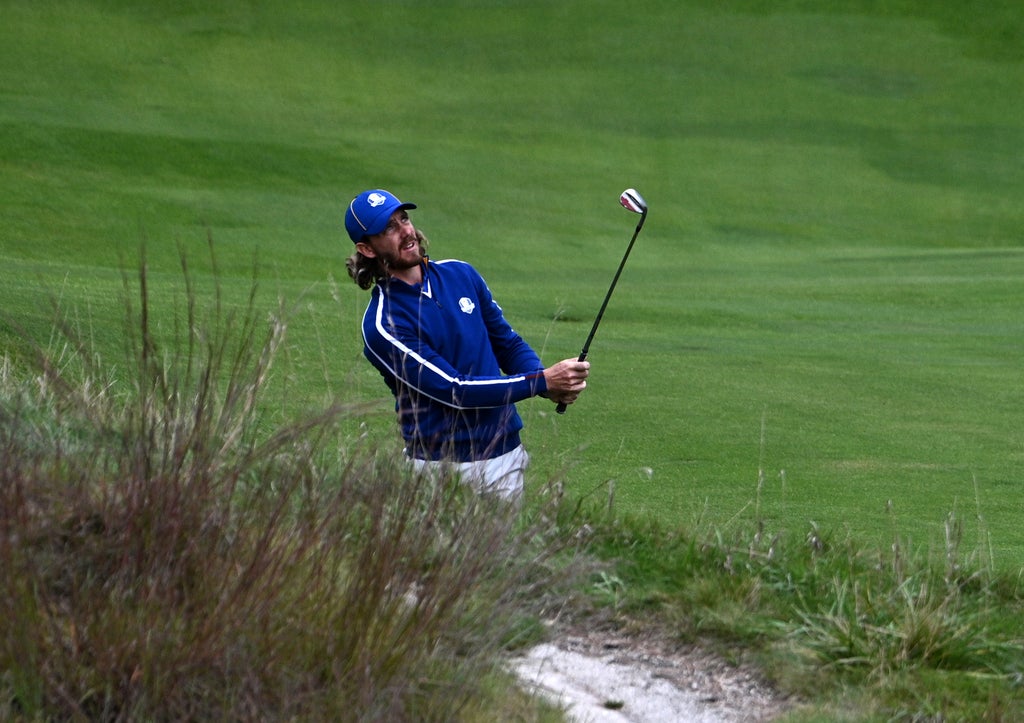 Europe captain Padraig Harrington hailed his side’s strength in depth after leaving Tommy Fleetwood and Shane Lowry out of the opening session of the 43rd Ryder Cup.

Fleetwood won all four of his matches together with Francesco Molinari in Paris, but with the Italian not making the team for Whistling Straits three years later, Fleetwood joined former Open champion Lowry in sitting out Friday’s foursomes.

“That says a lot about our team that he is comfortable after going 4-0 and can look around his team and be confident that there’s other people that are taking up that strain,” Harrington said of Fleetwood.

“I want every player on my team absolutely dying to play every match. But I want them to also understand that there’s other people in the team, they have to step aside, and they have done that brilliantly.”

World number one Jon Rahm will be sent out in the first match for the second Ryder Cup in succession, the US Open champion forming an all-Spanish pairing with Sergio Garcia against Justin Thomas and Jordan Spieth, who won three of their four matches together in Paris.

Norway’s Viktor Hovland is the only European rookie in action on Friday morning as he joined Paul Casey against Dustin Johnson and Open champion Collin Morikawa, with Lee Westwood and Matt Fitzpatrick taking on Brooks Koepka and Daniel Berger.

The final match will see Rory McIlroy and Ian Poulter, who first played together at Medinah in 2012, up against FedEx Cup winner Patrick Cantlay and Olympic champion Xander Schauffele.

Harrington admitted Friday’s pairings had been in his mind “for months” after acknowledging that the duos had played just once together in practice this week.

“We knew our partnerships well in advance and you don’t want to get bored playing with a guy,” Harrington said. “They did have a trial at foursomes but I just did not want them to overdo it.

“You want to turn up on Friday with a bit of freshness and excitement.”

US captain Steve Stricker said he had not tried to work out which European players would be paired together, but had expected Rahm and McIlroy to feature in the first and fourth matches.

“I feel great about our pairings, some teams that have played together over the years, whether in the Ryder Cup or Presidents Cup,” Stricker said. “We are really excited about how these guys are playing and the order they are going out.”

Former US Open champion Bryson DeChambeau was among the players to sit out the opening session but Stricker said no players had expressed any disappointment about his plans.

“These guys have been incredible,” he added. “I can’t stress that enough. It’s about the communication we have had, being upfront with them and letting them know what we are thinking so there are no curveballs.

“We have heard it multiple times from all the players, if you want to play me once or all five, that’s up to you, just so we can try to win this cup.”