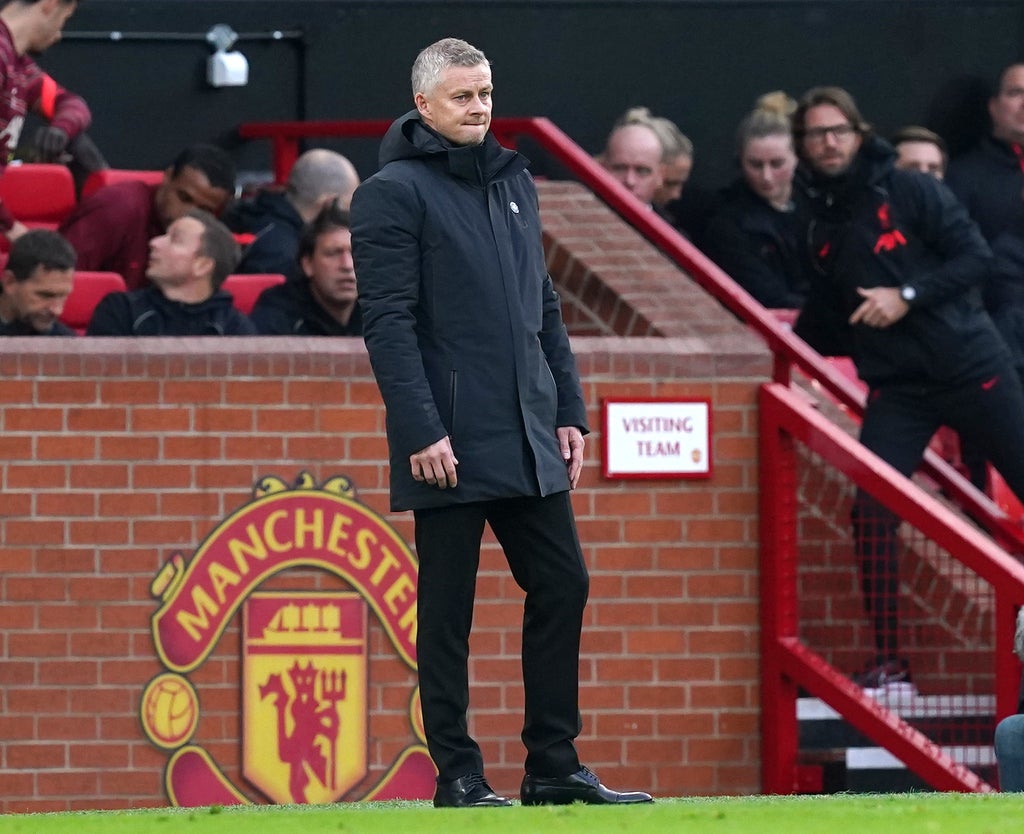 The Norwegian has come under heightened scrutiny this week following Sunday’s 5-0 loss at home to arch-rivals Liverpool and travels to Tottenham on Saturday evening aware of the need to bounce back.

Defeat would raise even more questions for the United board, but Solskjaer – a six-time Premier League-winning striker and scorer in the 1999 Champions League Final victory – warned he would fight back with his job on the line in the capital.

He told Sky Sports: “My 18 years at the club are not going to be defined by these few weeks because I have had ups and downs as a player, ups and downs as manager and as a coach in the reserves.

“This is what we do at the club and for me that’s not the time… I always make sure I fight back.

“I am not going to let a period like this define me. Yeah, I will go all in now for a result on Saturday and that is the only thing we can do. We need a reaction, we need a result.”

During his press conference on Friday, Solskjaer insisted “no one’s undroppable” in reference to the form of captain Harry Maguire who has struggled since he returned to the starting XI after a calf injury.

There was significant criticism of the England international following the thrashing by Liverpool and when asked if the 28-year-old was droppable, the United boss responded: “In a squad like we have, with top-quality players, everyone expects to play, I expect every one of them to expect to play.

“But they also know they have good team-mates around them and no one’s undroppable, of course they are not.

“It’s up to me to pick the right team for the games and to see who is in the right frame of mind for Saturday, and then Tuesday in the Champions League (away against Atalanta).”

After a positive opening few weeks to the new campaign, United’s form has dramatically dropped off in all competitions.

It represented another missed opportunity for the club to return to winning trophies, while United have lost three of their last four matches in the league following recent defeats to Aston Villa, Leicester and Liverpool.

Solskjaer revealed: “I’ve had communication with the board, of course, and I don’t expect them to come and give me assurances.

“When you have a performance and when you have a spell like we’ve had, my job is to put things right, and that’s what I’m trying to do. I’m not here to ask for assurances.”

After he described Sunday as the “darkest day” of his near three-year tenure, the former Molde boss admitted: “I’ve slept OK, but it’s been a hard week.”