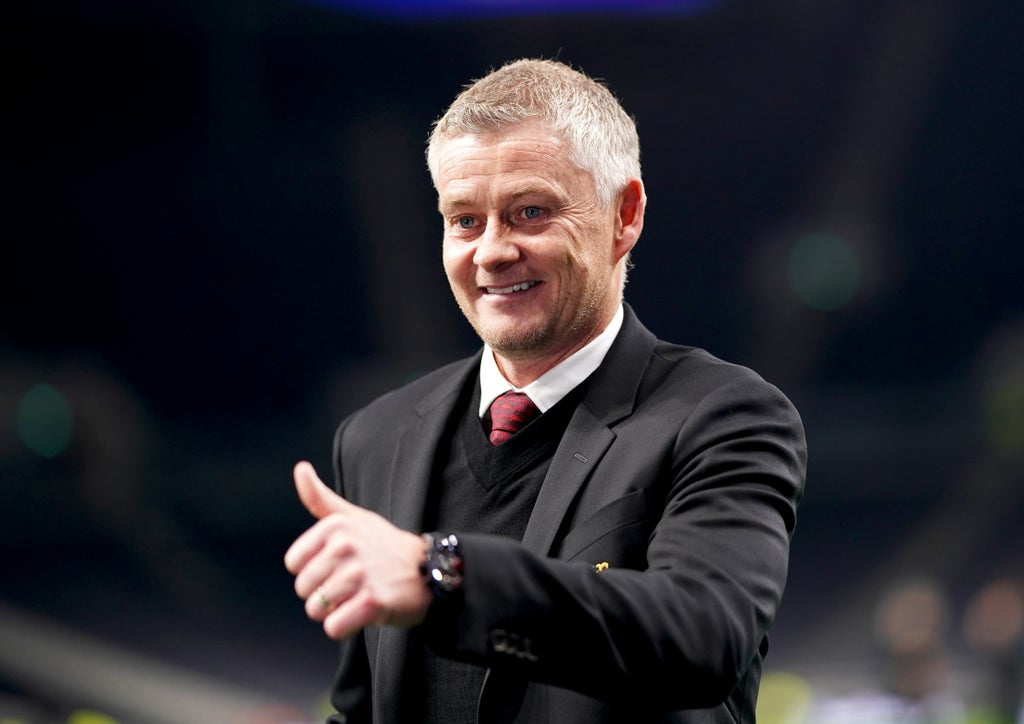 Manchester United manager Ole Gunnar Solskjaer was pleased to come out of the other side of a “difficult week” in style with a 3-0 win at Tottenham.

Solskjaer has been under pressure following last week’s 5-0 home defeat to Liverpool, with plenty of speculation about his future, but once again his side came up with a result when he needed it the most.

Goals from Cristiano Ronaldo Edinson Cavani and Marcus Rashford sealed the points in north London and gave the Norwegian some breathing space.

If Solskjaer was feeling the heat after last week’s result, it was his counterpart Nuno Espirito Santo’s turn as the Spurs fans turned on the Portuguese, chanting ‘You don’t know what you’re doing’ and loudly booing at full-time.

Solskjaer will know he needs to come out of a Champions League trip to Atalanta and the Manchester derby unscathed, but he was happy his side showed a response.

“It has been a difficult week for the players, the fans, the club, for me,” he said.

“I have stayed away from most of the noise, but you know what is happening out there. And you know you have to put a performance up.

“It’s the worst feeling in the world when you lose and you just want the next game to come. For us, we needed this week, a whole week to work on this performance and it is the last time for a while we have a long week to work on fitness and mentality.”

The Norwegian could also not help hitting back at media reports that the fans were against him as a vocal away contingent chanted his name throughout the second half.

“That is the most important thing for the fans and players and me, that we connect together. It is hard to be sitting as your local journalists then to write about your own fans singing for your manager,” he added.

“That is just a dig at someone who is wanting to portray a different story. These fans are brilliant.”

Solskjaer changed tactics and personnel, bringing in Cavani to play alongside Ronaldo in a two-man attack and it paid dividends.

Ronaldo opened the scoring in the first half with a brilliant volley, with Cavani adding a second midway through the second half before Rashford killed the game at end.

Solskjaer had special praise for his veteran strikeforce and in particular Cavani.

He said: “Both of them have been really, really good. Tuesday morning’s session by Edinson Cavani was the best by an individual since I came here.

“He led the line, he was a good example for everyone how to go about changing the mood and the performance. The two of them were told early on they were going to play as a two.

“They have been two peas in a pod, they have been really close, they worked really well, and excellent goals from both of them.”

Nuno’s reign at Spurs is only 10 games old, but it already looks in a perilous state as Tottenham fans have rejected his style of play.

They have now gone two hours and 16 minutes without having a shot on target, flying in the face of chairman Daniel Levy’s demands for “attacking, free-flowing and entertaining football” from his new manager.

Nuno is not worried about his future, but has asked fans to stick with the team.

“I’m only thinking about the next training session because no words will solve this situation,” he said.

“The booing and disappointment of the fans is understandable when they don’t see the team they expect.

“A team that should play – and I truly believe we are better than what we showed today – they’re going to boo. It’s up to us to change the mood.

“I believe we can do better and I trust these players. I will support them and stick with them until the end but in a humble way I ask the fans to keep helping us and supporting us so we change.”

Spurs have been turgid in attack this season, highlighted by failing to have a shot on target in the whole game.

Nuno added: “As a team we must do much better. It’s not only our offensive game.

“We are vulnerable in defence, we concede. We keep the ball, yes, but we had 10 shots, none on goal. We have to be more accurate. The final pass is not always the right line. It’s behind or in front. We have to improve, do much better.

“It sounds absurd but the only solution is we try to stick together and work together.

“We are better than we showed today. We should do better in certain situations.

“I truly believe we have the talent to do it but when things don’t work out, the confidence is one of the first things to go.

“We have to regain it, not by words but by actions. And hopefully we can do better on Thursday and prepare for the next one against Everton.”