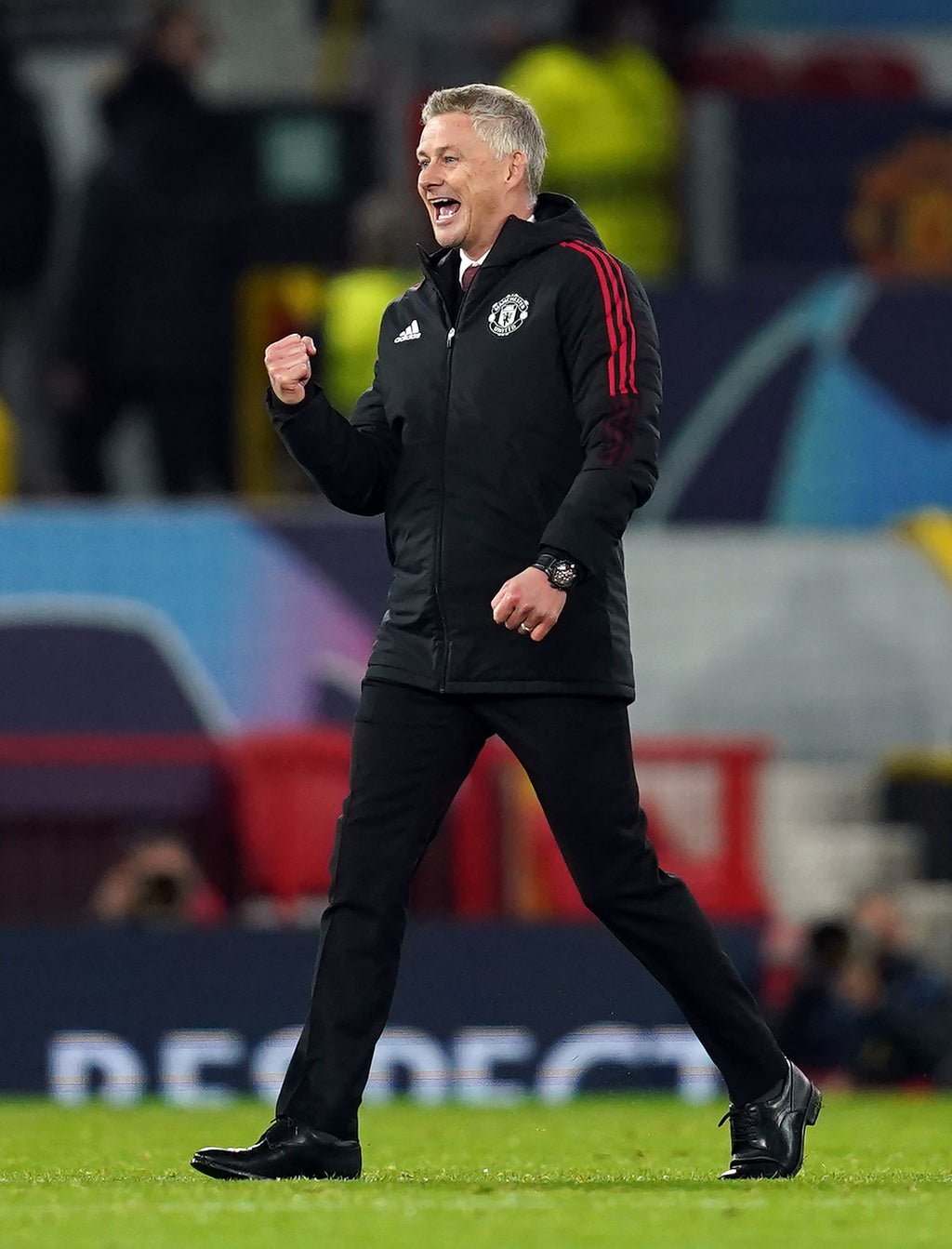 Ole Gunnar Solskjaer was delighted by matchwinner Cristiano Ronaldo’s overall impact as Manchester United roared back to beat Atalanta on a night when poor defending threatened to cost them.

The Old Trafford giants were subject of intense scrutiny in the build-up to Wednesday’s Champions League group game after Leicester all too easily beat them 4-2 on Saturday.

United were facing a fifth loss in eight matches when Mario Pasalic and Merih Demiral capitalised on lax defending to give Atalanta a two-goal lead, leading some fans at Old Trafford to jeer at half-time.

But Solskjaer’s side have shown their ability to fight back time and time again, with Marcus Rashford and Harry Maguire scoring before Ronaldo headed home to make it 3-2 at the death.

“That’s football,” said Solskjaer when asked about costly first-half errors being followed by a storming comeback.

“First half I thought we played some good stuff. Our finishing wasn’t good enough.

“They had two chances and in those two moments, yes, we switched off and we conceded two easy goals. Then in the second half David (De Gea) makes two fantastic saves.

“The difference in performances is not that great and that’s what decides the outcome – it’s the quality and the quality of the finishes we had.

“The second half was much better than the first because we created many chances in the first half as well.

“But I can understand why people who don’t really watch every game see the inconsistency and within that game of course going 2-0 down it looks really bad. But the performance wasn’t 2-0 down worthy and that was the message at half-time.

“Keep going like this, just add more quality in your finishing, get an extra pass off and of course make sure we don’t concede a goal.”

United’s defensive drama is nothing new – this was the 19th time in 20 matches they failed to keep a clean sheet – nor was Ronaldo proving the hero.

The Portuguese’s role has come under scrutiny of late but Solskjaer was delighted with his former team-mate’s display.

“I was really, really pleased with how he led the line,” the United boss said.

“As a centre forward we asked him to run the channels, drop in, press more because we’re at home, of course. We want to get the crowd behind us.

“Even he was down inside his own six-yard box towards the end defending, you could see him sprinting. He did everything a centre forward should be doing, leading the line and defending. And of course the goal is just what he does better than most.”

“I don’t know,” Solskjaer said of his availability for the weekend. “I hope so and I think so. It’s a dead leg and sometimes that can take longer than what you want but if we treat it well he should be OK.“

Atalanta head coach Gian Piero Gasperini was understandably frustrated to leave Old Trafford having been in control at the break.

“Against this team, one moment is enough to change things,” he said. “I think that had we scored a third – and we went close – we could have won.

“We were missing a few players, but those who played did well. We knew United were strong. We learn from these matches, but at some point we want to stop learning and do more.”