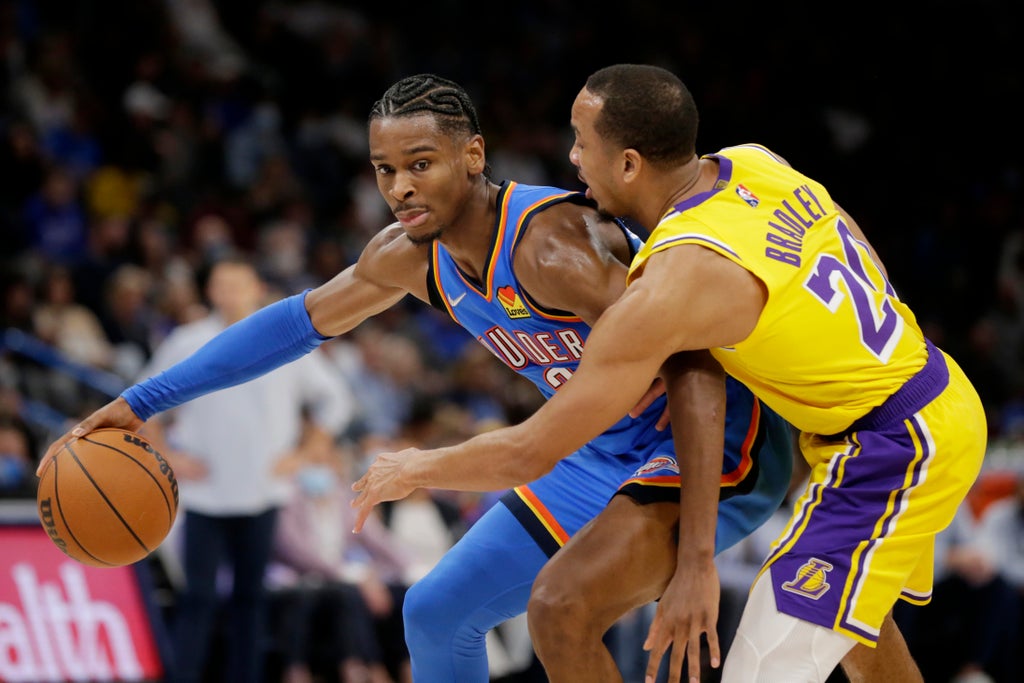 The Los Angeles Lakers suffered defeat from the jaws of victory as the Oklahoma City Thunder came back from 26 points down to prevail 123-115.

Shai Gilgeous-Alexander scored 27 points as the Thunder won their first game of the season against the Lakers, who were without LeBron James.

Los Angeles were up 56-30 in the second quarter as former Oklahoma City player Russell Westbrook celebrated his 185th career triple-double.

Laker Carmelo Anthony missed a three-point attempt with 9.7 seconds left to play which would have tied the game as LA fell to 2-3 for the season.

Brooklyn were considered a favourite to take the NBA Championship but are now 2-3, with Kevin Durant scoring 25 on Wednesday night.

Montrezl Harrell claimed 25 points and 11 rebounds as the Washington Wizards saw off the Boston Celtics 116-107, Harrison Barnes hit a three-pointer at the buzzer as the Sacramento Kings beat the Phoenix Suns 110-107 and the Charlotte Hornets prevailed over the Orlando Magic 120-111.

Elsewhere, Fred VanVleet finished with 26 points in a 118-100 win for the Toronto Raptors over the Indiana Pacers, Trae Young top scored with 31 for the Atlanta Hawks in a 102-99 victory over the New Orleans Pelicans, while the Minnesota Timberwolves defeated the Milwaukee Bucks 113-108.

Ja Morant was one board away from a triple-double but his Memphis Grizzlies were downed 116-96 by the Portland Trail Blazers and the Cleveland Cavaliers overcame the Los Angeles Clippers 92-76.