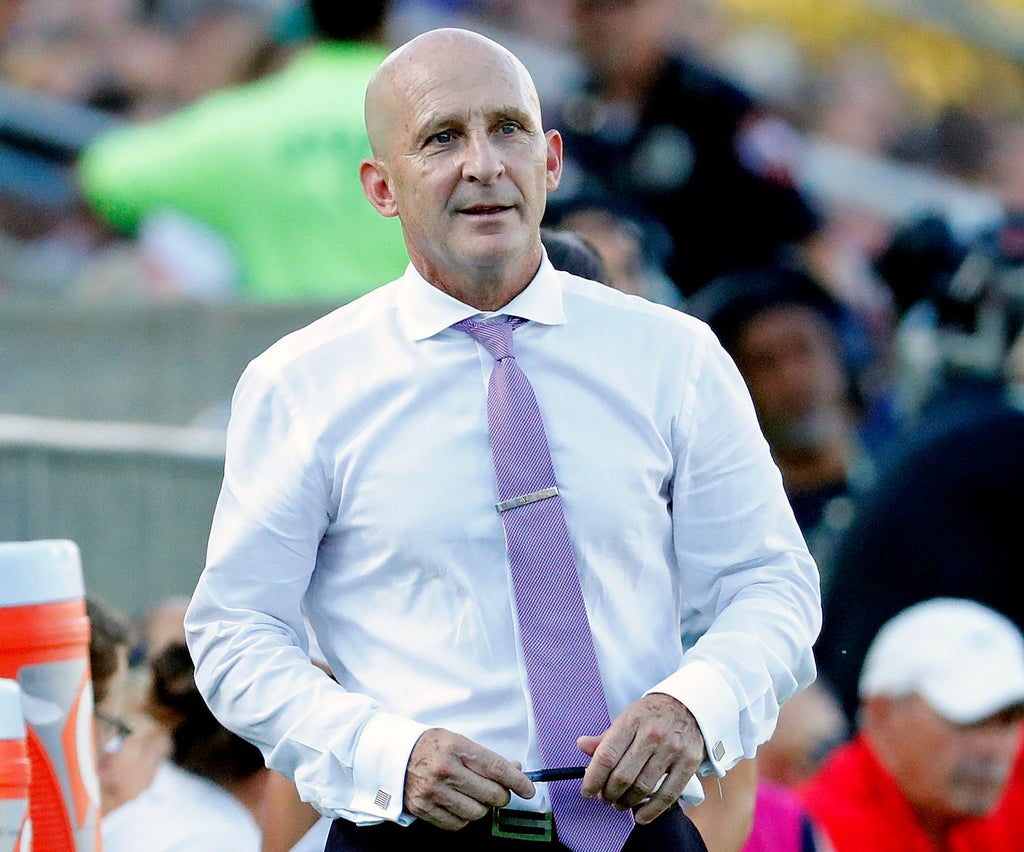 The NWSL is the top division in women’s football in the US and its commissioner Lisa Baird said she was “so sorry for the pain so many are feeling”, adding: “Business as usual isn’t our concern right now.”

The Athletic on Thursday published a report containing allegations about Riley’s conduct made by players he had coached at different clubs in the US since 2010, including allegations of sexual coercion.

He denies the accusations.

NWSL side North Carolina Courage sacked Riley as head coach in light of the report, while governing body US Soccer said his coaching licence had been suspended.

In a statement on the official NWSL website on Friday, Baird said: “This week, and much of this season, has been incredibly traumatic for our players and staff, and I take full responsibility for the role I have played. I am so sorry for the pain so many are feeling.

“Recognising that trauma, we have decided not to take the field this weekend to give everyone some space to reflect. Business as usual isn’t our concern right now.

“Our entire league has a great deal of healing to do and our players deserve so much better.

“We have made this decision in collaboration with our players’ association and this pause will be the first step as we collectively work to transform the culture of this league, something that is long overdue.”

Baird said on Thursday said she had been “shocked and disgusted” by the allegations and they were being reported to the US Center for SafeSport for investigation.

According to the Athletic, Riley said in an email the majority of the allegations were “completely untrue” and wrote: “I have never had sex with, or made sexual advances towards these players.”