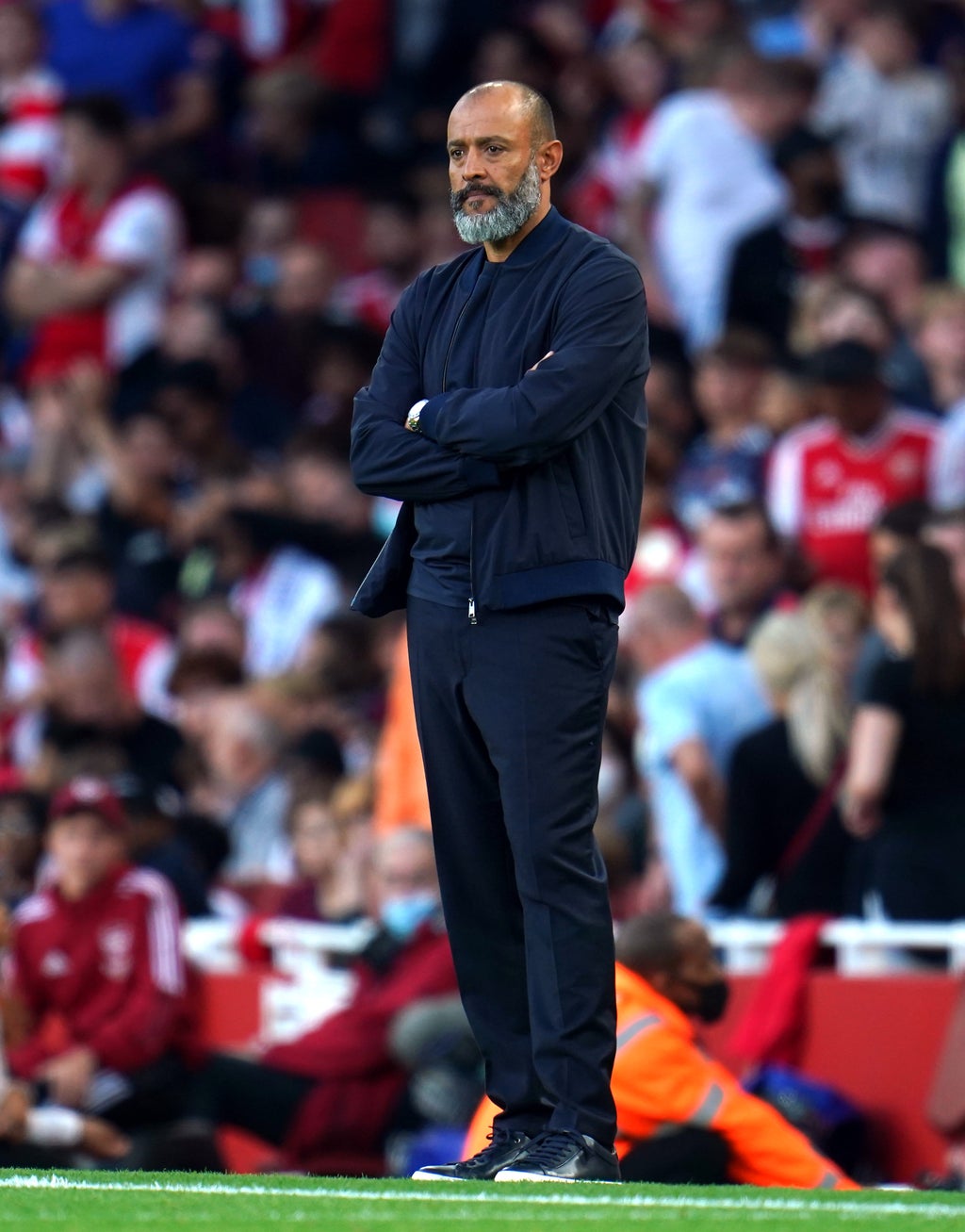 Nuno Espirito Santo took the blame for Tottenham’s 3-1 north London derby defeat by neighbours Arsenal admitting he “did not make the right decisions”.

Tottenham had no answers for their hosts, who were spurred on by academy graduates Emile Smith Rowe and Bukayo Saka – both players scoring and assisting in an impressive victory.

Pierre-Emerick Aubameyang also struck as the Gunners went in three goals ahead at the interval before Son Heung-min pulled one back for a Spurs side bereft of ideas for much of the contest.

Questions are already being asked of Nuno’s suitability for the role of Tottenham boss, just 88 days after he took charge – this was the first time in 18 years that Spurs have conceded three goals in three successive Premier League games.

They sat top of the league ahead of the international break, with their fans taking great pleasure in seeing Arsenal propping up the table.

This emphatic win, however, sees Arsenal go above their local rivals as they continue to recover from a poor start to the campaign.

“A lot of things went wrong, starting with decisions that I made,” he said.

“It’s not easy to expand, so I just ask for a bit of respect if I don’t go too much into it.

“I decided bad. Didn’t make the right decisions. And I refuse to go much further than that.

“It’s my responsibility. All I have to say, I’ll say it to the players among us. Because us (we) must solve the problem.”

Spurs improved after the interval, not a difficult task admittedly, but Nuno knows that was too little, too late.

“We’ve been in football too long to realise that the positives from a second half in this game are almost lost,” he added.

“This thought that if we achieve a goal early in the second half maybe we then can react and go for it. It didn’t happen, but all the positives are very fragile in terms of analysis that we should do.”

This was the first north London derby played out in front of a full Emirates Stadium crowd in over two years and Arsenal boss Mikel Arteta felt his local lads Smith Rowe and Saka delivered when called upon.

“It’s a good example of the senior players showing big leadership and standing up for the team and the likes of Auba scoring the goal and then two academy players,” he said.

“They’ve been raised and developed within our system. They’ve come here in a big derby and worked for the team and scored two goals.

“They are able to trust me to get that feeling because they’ve been raised and educated really experiencing those feelings and being in the stadium as a supporter of the club.

“A lot of people that we have in our organisation have a real sense of what a derby means and I think they will be proud of what they’ve seen.”

Arteta has faced criticism from some areas for most of his tenure as Arsenal boss but was happy to deliver a result in such a crucial game.

He added: “It is one of the nicest things I have experienced in this stadium. To win it, to win it in the way that we did, and to feel that connection with the team and the supporters made it really special.

“That is the beauty of this game and the danger of this game as well that things change so quickly at both ends and you always have to be alert and try to seek improvement and do better, which I believe we can still do.”