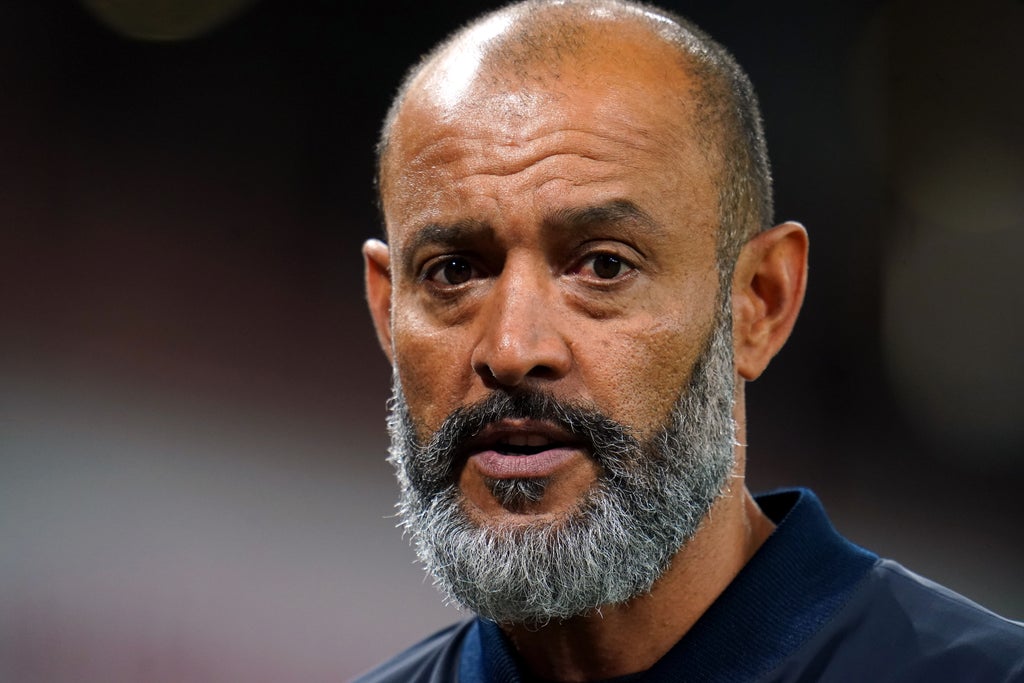 Nuno changed his entire starting XI and left all of his big guns at home in order to prepare for Sunday’s Premier League match with West Ham and a second string were undone by Maximilian Wittek’s 78th-minute strike.

The side Nuno picked still had nine international players, but they were never really in the game and Bryan Gil’s shot that hit the crossbar early in the second half was their only moment of note.

The result leaves them in third in Group G, two points behind Vitesse and three behind leaders Rennes at the halfway stage.

With the return fixture against the Dutch side in a fortnight and then a trip to the weakest team in the competition NS Mura to come, the Portuguese decided that leaving his big guns back in London for this game was a risk worth taking.

“You have to discuss the options, the decision was made,” he said. “We took a little moment to decide and we decided to bring the players that started, with the Under-23s to give us support.

“It was a tough match, tough match like we expected. Always away from home in Europe in the Conference League is tough. I think we compete well, in terms of attack I think we should finish the actions better. Some combinations were missing.

“There was a period in the second half when we lost a little bit of control but in terms of lack of focus in the moment of the goal, details that we should improve like we always do.

“The Conference League is always a chance to have minutes on the players, players who work hard and deserve. This is what it’s all about so let’s progress.

“In terms of the group I think we have two games at home against Vitesse and Rennes and then we have to play Mura. We can solve the situation of the group.”

Despite none of the players who played in Holland set to start against West Ham on Sunday, Nuno insists that this was not his second XI.

“I don’t consider it this way,” he said. “A football match is always a chance to compete. Our approach is always the same, we expect our players to compete in all the matches, no matter the competition.

“That is not the question. It’s about having minutes, compete, improve because like you know we have a tough, tough schedule ahead of us and we will need all the players in the best condition as possible.”