The two-hour drive from South Bend to West Lafayette, Indiana, is therapeutic for Niele Ivey. During the car ride, her coach’s cap comes off, as does the Notre Dame navy and gold apparel, which is exchanged for Purdue black and gold. At Mackey Arena, she’s not leading Notre Dame’s storied women’s basketball program. She’s simply a mom cheering on her son, Jaden Ivey, the leading scorer for one of the nation’s top teams.

“It means a lot because I know she has a hectic schedule herself having to have practice and games as well. It can be tough on her because after she’s done with work, she [has] to drive to come see me,” Purdue guard Jaden Ivey told Andscape. “I’m blessed that she’s able to come see me play most of my games this year. Down the road, wherever my path may lead me, I’m just hoping she can be able to come watch me play.”

It’s no coincidence that Jaden Ivey has a passion for basketball, his mother said. He was on the court before even leaving the womb. Niele Ivey found out she was pregnant with him during her rookie year in the WNBA, all while starting in 26 of the 32 games she played that season. The 19th overall selection by the Indiana Fever in the 2001 draft, she spent five years in the league and also played for the Detroit Shock and Phoenix Mercury.

Jaden Ivey spent his childhood following her around the gym for whichever team Niele played or coached for, and when she accepted the head-coaching job at Notre Dame, her alma mater, he accompanied his mother to the introductory news conference wearing her college jersey.

The mother and son have bonded over their love for the game and have withstood the journeys the sport has taken them on.

Niele Ivey spent a combined 17 seasons with Notre Dame as a player and assistant coach under Muffet McGraw before joining the Memphis Grizzlies’ staff in 2019-20 as an assistant under head coach Taylor Jenkins. She took over Notre Dame’s women’s program in April 2020, becoming the school’s first African American female head coach.

She’ll be making her first NCAA tournament appearance as a head coach this season, as the Fighting Irish are the No. 5 seed in the Bridgeport Region and will face No. 12 seed UMass in the women’s first round on Saturday. 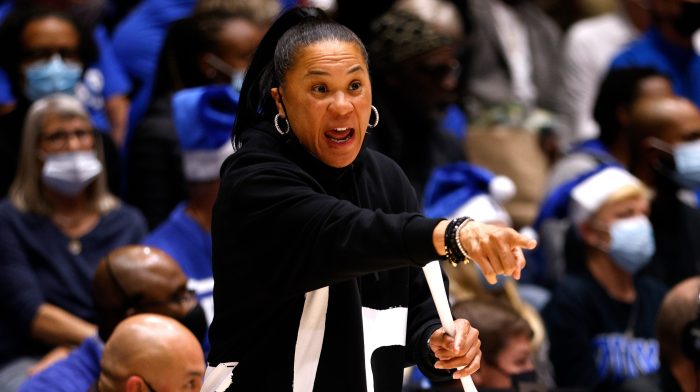 Jaden, a 6-foot-4 sophomore, was instrumental in the Boilermakers receiving their first No. 1 ranking in the Associated Press poll this season. They wound up a 3-seed in the men’s NCAA tournament and will take on 14th-seeded Yale on Friday. He was named first-team All-Big Ten and is a finalist for the Jerry West Award, given to the nation’s top shooting guard. A projected top-5 pick, according to ESPN’s latest mock draft, Jaden Ivey is averaging 17.4 points, 4.9 rebounds and 3.2 assists this season.

But the journey to reach this point didn’t go without sacrifices on both ends. Over the years, Niele Ivey missed many of her son’s basketball games due to work commitments, and the two were separated during his senior year of high school when she took the Grizzlies job.

“I think we kind of make it look easy but it’s not, because I missed a lot of things. I’ve missed so many of his [middle school] championships because of work,” his mother said. “So those types of moments I feel like are the hardest because I always want to be there. I want to be present to support him and sometimes my work doesn’t allow, but when it does, it’s just so much joy when I get a chance to be there because I know how much that means to him. … That support and love we have for each other trumps all the hard times.”

Now that they live within a shorter distance from one another, Niele Ivey has been able to witness her son’s growth from his freshman year to sophomore year at Purdue. She watched her son earn his coaches’ trust from the first player off the bench to starter to team leader capable of hitting big shots with the game on the line, as he’s done multiple times throughout his two-year college career.

“Every time I go up there I just see a different Jaden, a more mature Jaden. I have watched this progression from his freshman year having to deal with injuries … until he really came alive in the Ohio State game [his freshman year],” Niele Ivey said. “He had his moment and made the [game-winning] shot that I think really propelled his confidence.

“He’s worked so hard, he stayed the course. It wasn’t easy, but he persevered. The emotion that he kind of showed after the game … that was probably my proudest moment of him.”

Niele Ivey tries her best to never miss a game. But if she can’t be there in the stands, the digital video recorder on her television is always set to record, ready to break down film over a call with her son.

“He asks a lot of questions [and] I gave him a lot of feedback,” Niele Ivey said. “I’m putting on my coach’s hat and I’m like, ‘This is how people are playing you, this is the scouting report. This is the area that you need to grow [and] this is how they’re guarding you,’ and he receives it and he works on it or he applies it.”

Niele Ivey’s success has paved the way for her son to build relationships with some of the game’s biggest names. Jaden Ivey has no shortage of basketball influences, from WNBA players Arike Ogunbowale, Skylar Diggins-Smith and Jewell Loyd to Grizzlies superstar guard Ja Morant, whom he was able to work out with during his mom’s time with Memphis.

“[Working with the Grizzlies] gave [Jaden] an opportunity to see [the NBA] up close and personal. He was always motivated, but it just gave him a little more motivation to see it, to feel it,” Niele Ivey said. “When you’re on the outside idolizing some of these players and dreaming to play on the next level is one thing, but then being able to meet them, watch them, talk to them, get their numbers and hang with them is a whole different thing.”

The Iveys’ relationship with the Grizzlies didn’t fizzle out when she returned to Notre Dame. Whether it’s the Fighting Irish upsetting then-No. 3-ranked NC State or Jaden Ivey posterizing two Rutgers defenders, Morant doesn’t hesitate to congratulate the two on social media. The Grizzlies All-Star has tremendous respect for them both.

“That’s family. It’s [exciting] to see both of them succeed in what they do,” Morant said. “Who would have thought [when] she was our coach [and] he was coming around to the games. Now just seeing her lead her team and him lead his team is big-time. They always got a fan in me and I’m always rooting for them and letting the world know about both of them.

“[Jaden’s] big-time,” he continued. “I feel like he took on the challenge of coming back for another year and leading the team, and he’s doing a real good job doing whatever the team needs from him. I wouldn’t be surprised if he went No. 1 in the draft with just his play. [He’s] got his team in a great position [and] can do a lot on the floor from all three levels. Just his energy, effort and all those things make him such a special player.”

Already a gifted scorer, Jaden Ivey has improved his shooting and court vision this season and has drawn comparisons with the No. 2 overall pick out of Murray State in 2019. 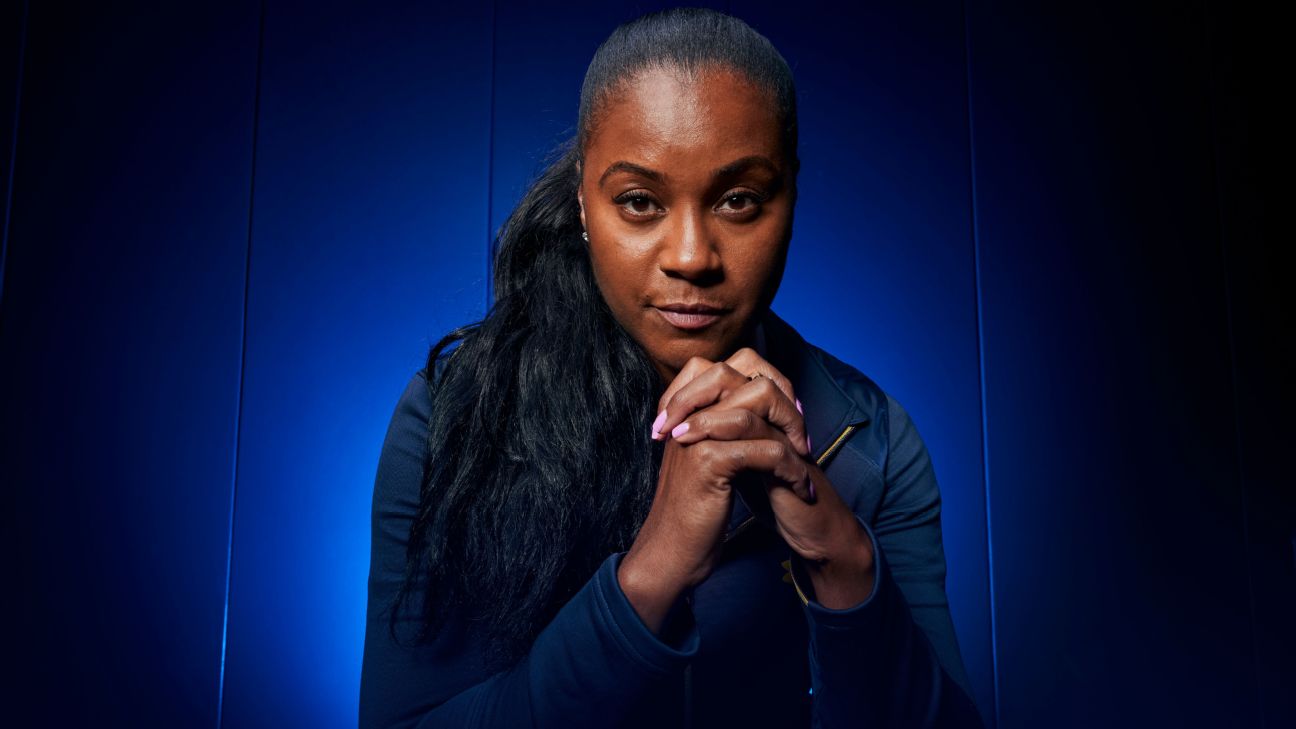 “It means a lot that a player like him notices my game and notices how talented I am. It means a lot coming from him,” Jaden Ivey said after hearing Morant’s praises. “It just really comes with the work that I put in, the hours that I’ve sacrificed to just work on my game. I can only thank God for all the blessings that I have and that I still have yet to receive.”

He hasn’t announced his plans. While he could declare for the NBA draft following this season, right now, his focus is on the NCAA tournament. Jaden and the Boilermakers have spent much of the season as favorites to make a Final Four run. They are looking to avenge a first-round exit in last year’s tournament at the hands of North Texas.

“The biggest thing for me is just taking all the lessons that they’ve taught me, all the experiences that I’ve been in to get better,” he said. “Just gradually working towards my goal, which is to be in the NBA. Just day by day, just trying to get better, staying patient with God’s plan. Whatever happens, I’m OK with it. Just taking it one day at a time — I think that’s the biggest thing for me.”

Niele Ivey saw her son score 26 points in his tournament debut in 2021. Her Fighting Irish team, however, finished the season 22-8 and will also pursue a national title this year, making it more challenging to watch her son in person.

But as the Purdue men and Notre Dame women journey through their respective tournaments, there’s no doubt the mother and son duo will be rooting each other on, even if it has to be from a distance.

“It’s a blessing to have a person that knows the game and loves the game just as much as you,” Jaden Ivey said. “I try to utilize it every day I can, because she’s still in the game today.”

Mia Berry is the senior HBCU writer for Andscape and covers everything from sports to student-led protests. She is a Detroit native (What up Doe!), long-suffering Detroit sports fan and Notre Dame alumna who randomly shouts, “Go Irish.”