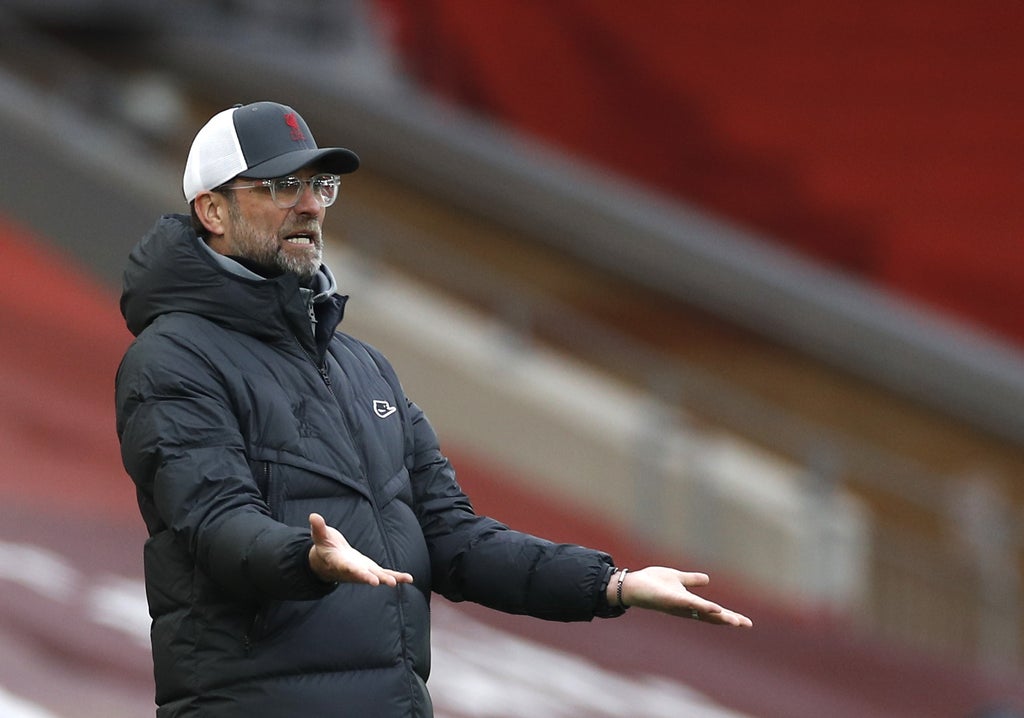 Liverpool manager Jurgen Klopp wants more direct communication with football’s decision-makers as he does not believe the current situation is benefiting the game.

The German said he had spoken to Premier League chief executive Richard Masters only “one or twice” during his six years in England and did not think the league’s 14-vote threshold required to effect changes had produced much good for football in general.

Klopp, who has been outspoken on a number of issues he feels are detrimental to the game, also felt any discussions he has had with FIFA and UEFA have also fallen on deaf ears.

The Liverpool boss, who criticised Masters for his silence on human rights following the Saudi Arabia-led takeover of Newcastle, felt managers’ opinions carried little weight when it came to how the game was run.

“Did anything ever happen when I or somebody else said something in the Premier League?” he said.

“For everything you want to do, whatever direction it is going, you need 14 votes: I can’t remember for one thing that it was good for football in general, not only for some clubs, which went through.

“And if you get in contact with Richard Masters send him my regards because I have never had contact with him: never is not right, maybe once or twice.

“There are a few managers out there who have an opinion, they mention it, but nothing changes.

“That is frustrating because we talk about it but nothing changes.

“My opinion is not based on my interests. It’s based on the needs in this game. That is it.

“We will get through it but in the long term, we have to change it because you cannot do it.”

Closer to home Klopp refused to speculate on the future of sporting director Michael Edwards.

In the last month there have been reports that one of the key men of Klopp’s revolution who has played a significant role in recruitment and sales could be set to leave when his contract expires next summer.

The Reds boss added: “What kind of story is that now? We talk about the contract of the sporting director which expires next year?

“It’s not my decision to do these kinds of things, so I don’t know. You need to ask other people about this.

“But over contracts, we don’t discuss, right, so I will not start now with the sporting director.

“If it expires next year, which I didn’t know exactly, I will think about that next year and not now.”