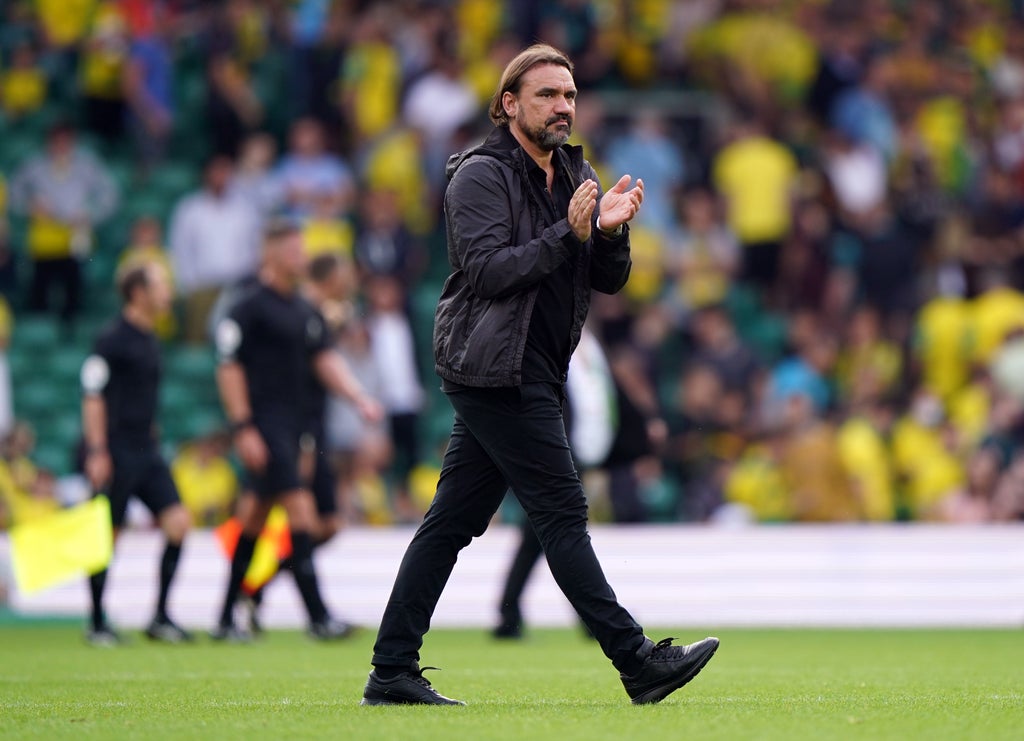 Liverpool face Norwich City in the Carabao Cup third round as the Reds look to get back to trophy-winning ways, having finished empty-handed last season after battling against an injury crisis in defence. Jurgen Klopp’s side have started the new campaign in tremendous form, beating Crystal Palace at the weekend after starting their Champions League group with victory over AC Milan, too – they are at the top of the Premier League table with Chelsea and have conceded just once along the way, against the Blues themselves.

Back in mid-August it was to Carrow Road that Liverpool first travelled, winning 3-0 against the newly promoted Canaries. Matters haven’t become any easier for Norwich since then, as they have lost all five league games so far, scoring only twice and sitting rock bottom of the league tables. Respite did come in the League Cup second round when they hammered Bournemouth, but Daniel Farke’s side must find a winning formula quickly.

The manager described the weekend defeat to Watford as a “setback,” but added that Norwich “know that we are a cup team” and “have proved this on different occasions” over the last few seasons, as he urged his side to find a response on Tuesday evening. Follow all the action live below:

30 mins: Oxlade-Chamberlain takes a knock to the head but he’s okay to continue after a check up from the medical team. Norwich are growing nicely into this game. They’re seeing more of the ball now and Liverpool’s press isn’t as intense as it was.

27 mins: Chance! This isn’t the easiest chance for Tzolis but probably the best he’s had so far. Gilmour combines with Bali Mumba on the right side to find a way into the box. Mumba gives him the ball and he moves into the inside right before chipping it towards the near post. Tzolis squeezes inbetween the Liverpool centre-backs, wins the header and knocks it over the bar.

24 mins: Dimitris Giannoulis finds some space on the left wing and waits for Tzolis to make a run into the box. He times his pass beautifully to keep the striker onside and Liverpool have some defending to do. Adam Idah moves into the middle of the area waiting for a cutback but Tzolis goes it alone and fires a shot straight at Kelleher who clings onto it.

21 mins: Liverpool look comfortable and in control of the game. Their young players have started well and they’ve won a number of corners already. Conor Bradley gets high on the right wing and sees his cross into the box blocked before Norwich deal with the resultant corner.

Liverpool regain the ball though and work it out to Kaide Gordon on the right wing. He darts inside and flashes one wide from the edge of the box.

18 mins: Nice work from Ben Gibson who presses high and wins the ball off Oxlade-Chamberlain. He pokes it to Rupp who tries to link up with Tzolis but the forward is fouled just outside the box.

Chelsea-loanee Billy Gilmour stands over the free kick, takes a breath and then curls his effort just over the crossbar!

15 mins: Close! Almost a dream debut for Kaide Gordon as he drifts into the right side of the box and waits for a cross from Tsimikas. The Liverpool left-back intercepts a loose pass and obliges with a deep cross to the back post that skims the top of Gordon’s head. Oxlade-Chamberlain knocks the ball back into the area but Gunn comes out and claims it.

12 mins: Liverpool swing consecutive corners into the box. Grant Hanley deals with the first one by heading it behind but he gets beaten in the air the second time. Ibrahima Konate jumping higher than the Norwich centre-back to win the header and send it narrowly over the crossbar.

9 mins: A Norwich throw in over on the left wing comes to Lukas Rupp in the middle. He spots a nice run off the ball from Christos Tzolis into the area and dinks a pass over the Liverpool back line. The pass is too high for Tzolis to reach though and it goes over him before finishing safely in the hands of Caoimhim Kelleher.

6 mins: It’s a nightmare start for Norwich. They would have been hoping to play themselves into the game and limit Liverpool’s chances on goal. Daniel Farke spoke about needing to be better defensively and they’ve let a goal in from a set piece.

4 mins: What a start for Liverpool! Kostas Tsimikas swings a corner into the box from the left side. He picks out Divock Origi who rises highest and heads the ball down for Takumi Minamino. The striker knows where the goal is and shoots on the turn, placing the ball through the legs of Angus Gunn and into the far side of the goal! Liverpool take an early lead.