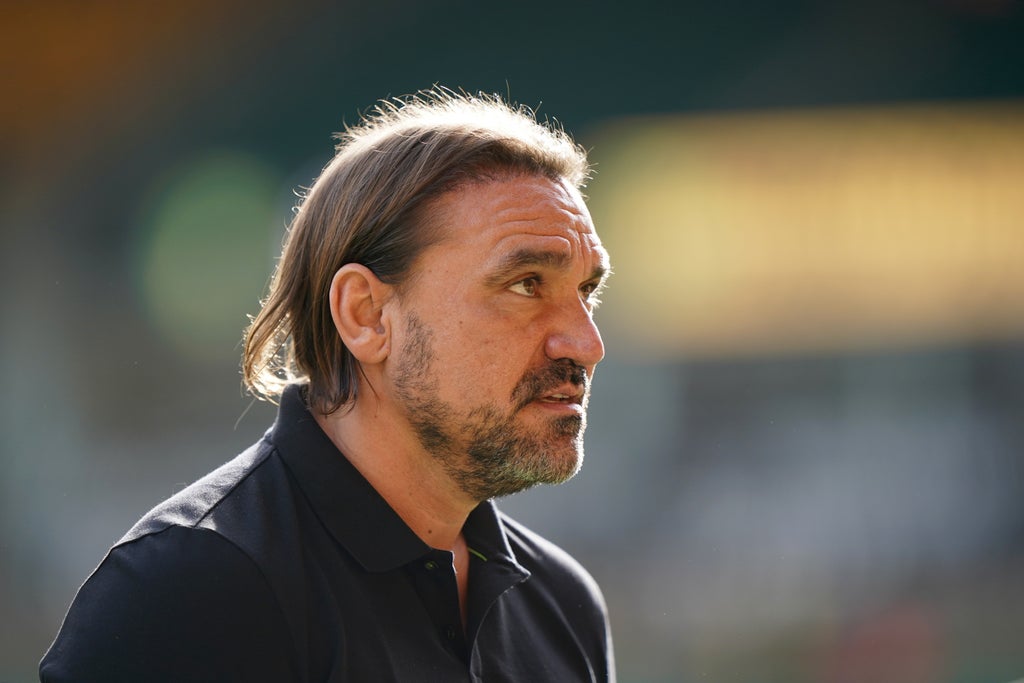 Under-fire Norwich boss Daniel Farke has insisted he can ignore the “rotten tomatoes” and press on undeterred at Carrow Road.

The Canaries are rooted to the Premier League’s foot, winless after 10 games and already staring down the barrel of a season of struggle.

Norwich followed up their 7-0 shaming at Chelsea by slipping to a 2-1 home defeat to Leeds last weekend, leaving boss Farke under mounting pressure.

The 45-year-old has insisted he can deflect any and all brickbats however, ahead of taking his side to Brentford on Saturday.

Farke signed a new four-year contract in July and was at pains to point out he has not lost any conviction since then.

“I was praised when I signed my contract,” said Farke. “I then have a poor start and the rotten tomatoes are thrown.

“I try to remain balanced. I’m not doubting or questioning myself.”

Farke met Norwich’s heavy Stamford Bridge humbling by insisting his Canaries could not even have won in west London had they hit their very top level.

The German coach admitted the Canaries must target wins at home against the teams in and around them to claw their way back into a survival fight.

The resulting home loss to Leeds proved a quick dent in that strategy, but Norwich will head out on the road to Brentford still itching for that elusive first win of the campaign.

The Canaries will have to do without captain Grant Hanley, who has sustained an adductor injury.

Farke has called on his struggling squad to return to their composed passing game after losing perspective in the galling Leeds defeat.

“We were focused this week on how to approach the next part of the season,” said Farke.

“We have to improve the quality in both boxes and we need to return to our normal DNA, dominating the ball better in possession.

“Against Leeds we had too many long balls.”