So often the play-offs are about momentum.

Mansfield Town, who did not exactly squeeze in as the table would suggest, would still have felt pleased to have been in the play-offs.

Can there be a more painful club to support in the entire English football pyramid than Northampton Town? All of that time spent in the automatic promotion places to then miss out, it is such a common story up and down the land but it makes it no less agonising.

The Cobblers, who missed out on promotion to League One in the most painful of circumstances after a goal swing between them and Bristol Rovers the like of which has seldom been seen in English football league history, likely cannot stand the sight of what many in football call the ultimate lottery. 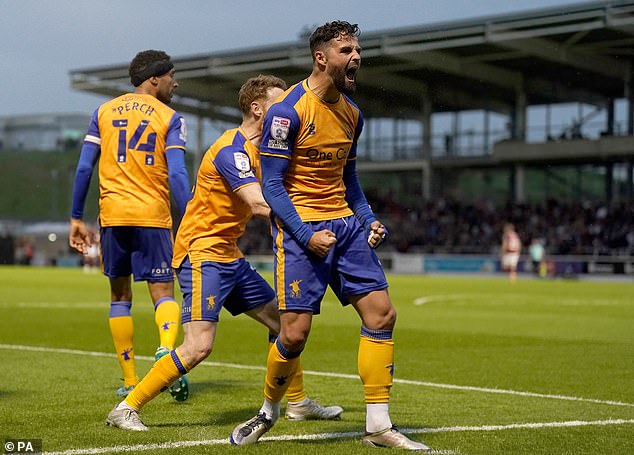 The Stags had raced into an early 2-0 lead last week within 32 minutes and here, having weathered some early Cobblers pressure, struck with what proved to be the ultimate sucker-punch.

Lucas Akins played a ball through that both Stephen Quinn and Elliott Hewitt went for. Quinn knew he was offside so left it for the on-rushing Hewitt, who picked out Stephen McLaughlin. His calm finish through the legs of Liam Roberts resembled that of a true centre forward. 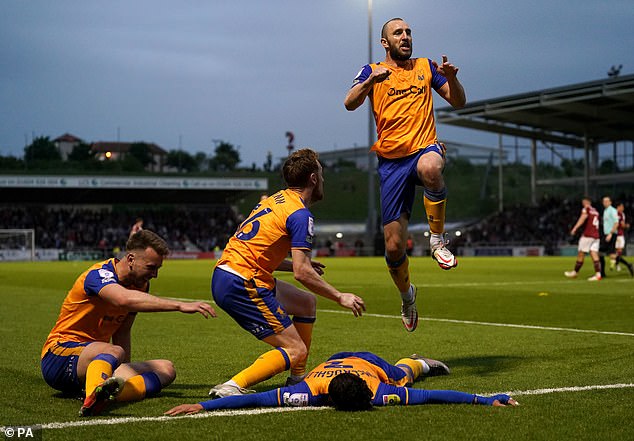 Jon Brady had called on the 7,000-strong Sixfields Crowd to drive on his team in the second leg of their play-off semi-final with Mansfield Town on Wednesday night, but they appeared as shell-shocked as the players.

Two goals down after 32 minutes at Field Mill, Brady’s side had clearly been sent out with the instruction to keep it tight and to stay in the tie early on.

They had carried out their manager’s instructions pretty adequately, with the game often appearing tense and like a chess match for the early periods.

Northampton’s problem, having lost the first leg, was that such a policy also suited Mansfield. 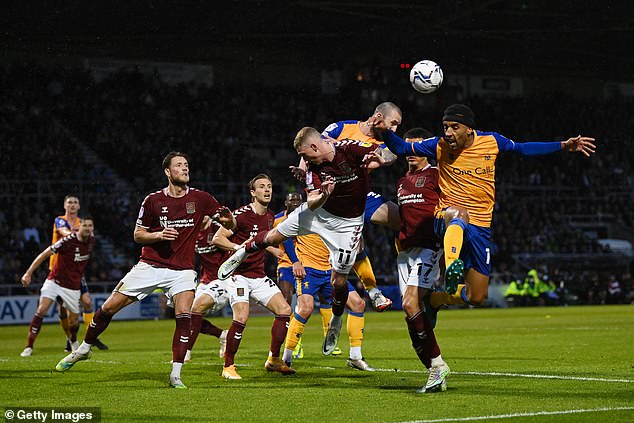 The Cobblers emerged from the break having clearly been spoken to by their manager Brady. Two penalty appeals came and went, the first of which looked a very convincing shout when Jack Sowerby nicked the ball in front of Jonjo O’Toole.

O’Toole appeared lucky, and was even more fortunate five minutes later when he was booked, knowing it could, and perhaps should, have been his second booking.

It was announced this week that all three Football League play-off finals would have VAR in place. Northampton will be wishing it was in operation here.

As the rain began to fall in the second half, the Cobblers appeared to resort to launching the ball long. Nathan Bishop, in the Mansfield goal, gratefully received a number of hopeful balls forward. 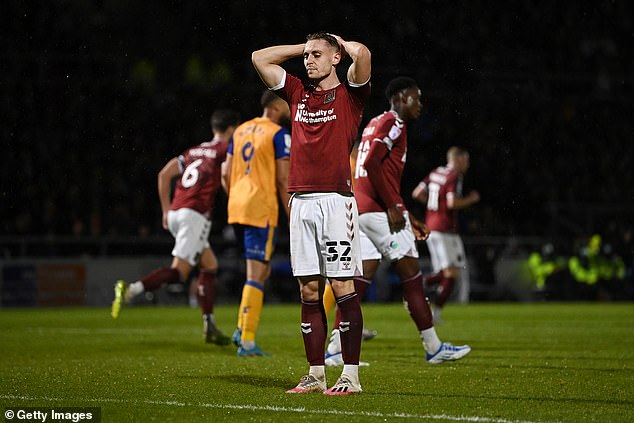 Mansfield were fortunate to still have 11 players on the pitch, two incidents should have seen them reduced to 10 and then nine players. First, midfielder Kieran Wallace went steaming through Josh Eppiah and it appeared it was the adverse weather conditions that saved him when referee Robert Madley only brought out a card of the yellow variety.

Then, with 20 minutes remaining in the game, Quinn did something mad. Chasing after a ball he bizarrely lashed out with his arms at Shaun McWilliams. Only Quinn will know why, only the referee will know why he did not send him off.

Having not been booked, it is reasonable to assume that the Irishman could receive retrospective punishment.

Northampton continued to push. Chanka Zimba, introduced for Eppiah, produced a great opening that was cleared by Wallace for a corner.

The pressure the Cobblers tried to exert was admirable, but it often appeared as though they lacked the quality in the final third to test the well-coached and resolute Mansfield backline. Oliver Hawkins, in particular, was magnificent.

From around 80 minutes the Mansfield fans behind the goal which Northampton were attacking in the second half began to be heard in full singing the customary ‘Que Sera Sera’ songs. Indeed, it will be them heading to Wembley next Saturday as Northampton are left to rue another season of what could have been.