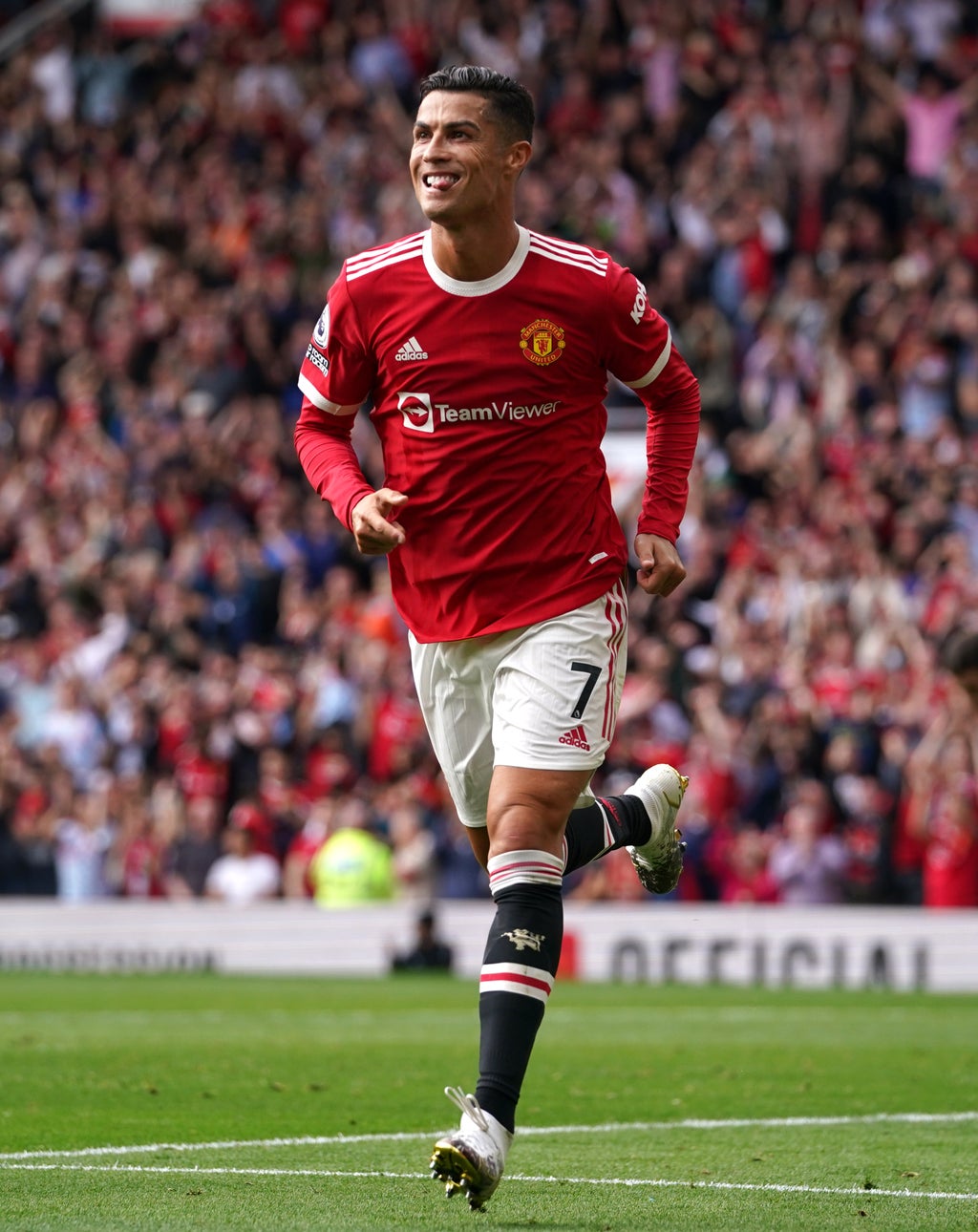 Manchester United boss Ole Gunnar Solskjaer has admitted he would not be surprised if Cristiano Ronaldo played on into his 40s.

The 36-year-old has scored four goals in three games since returning to his former club in August and has shown few signs that his remarkable powers are about to wane.

Asked how long the Portugal international could go on, he said: “I wouldn’t be surprised if he still played when he was 40, not at all, because of the way he looks after himself.

“That’s the key to it – and of course some genes. There must be some genes as well, some DNA in there.

“He has put every single ounce of energy and effort into becoming the player he is and has been, so he deserves every single little plaudit that he gets for his physical state.

“What’s more impressive is when you have achieved as much as he has, he’s still as hungry. His mentality is still absolutely spot-on and that’s desire from inside that he’s going to keep going until his head says, ‘no, I’ve given everything now’.

“Hopefully it will last a few more years. Linford Christie was quite an age when he won his gold as well, so age is never a problem.”

Ronaldo’s advancing years do not appear to have dimmed his attacking intent, but Solskjaer is aware of the demands his role places on him and will closely monitor his workload as he also plays his part in a collective defensive effort.

He said: “He’s still one of the quickest players in the league and I’m still happy with his physical condition.

“But of course he’s back into the Premier League and there’s maybe more intensity than the Italian and the Spanish leagues, so we’ll have to manage his workload.

“But he’s there to score goals, of course, and to create goals.”

Ronaldo will hope for his latest chance to impress when United welcome Premier League rivals Aston Villa to Old Trafford on Saturday determined not to have to come from behind again, something which has become a trend in the last year or so.

Solskjaer said with a smile: “I’ve sent a letter to the Premier League asking if we can start games 1-0 down. It will make it so much easier for us.

“Joking apart, it’s a big, big part of the game and we need to start better. We can’t expect to come back and win games as we have done fantastically in the last 12, 14, 15 months, but that’s going to catch up with us.”