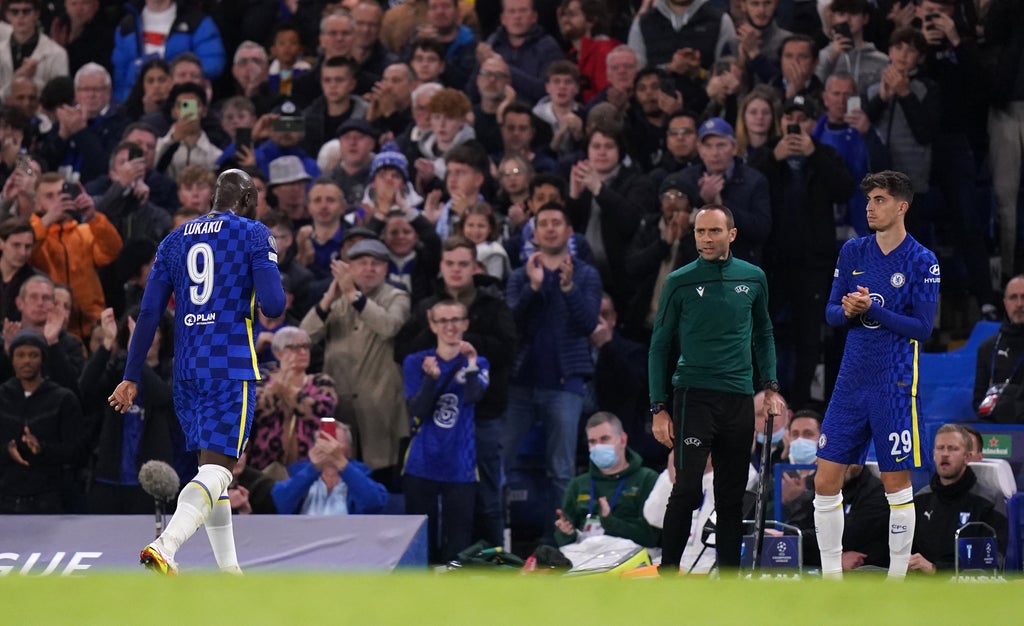 Thomas Tuchel has insisted he has no regrets over starting Romelu Lukaku and Timo Werner against Malmo despite the Chelsea strike duo facing a spell on the sidelines.

Lukaku suffered an ankle problem and Werner a hamstring injury to leave a cloud over Chelsea’s facile 4-0 Champions League win over Malmo at Stamford Bridge.

Tuchel admitted however that the Blues will have to do without Lukaku and Werner for several weeks after their injuries – but the Stamford Bridge boss insisted he had made the right call to pitch both men into the midweek west London clash.

“If I knew what would happen beforehand I would not have done it but how can you know it before?” said Tuchel.

“It was necessary that Romelu was on the pitch. He started strong, I spoke to him about it, about mental fatigue carried around with him.

“And I had the strong belief that he could turn things around in terms of scoring and being decisive.

“He was super strong in our start and did that. He took the foul to win the first penalty, so maybe without him it’s not 2-0. I don’t regret it because it’s not a muscle injury.

“It was the moment to give him confidence and let him play and I don’t regret it. These things can happen and it’s bad luck. Maybe I don’t know much more than anyone else about the injuries. Romelu twisted his ankle on the foul in the box, and Timo has a hamstring injury.

“It will take a while for both of them, and we will need more examinations to be precise. But they will be out for some matches.”

Callum Hudson-Odoi and Havertz impressed in filling the void left by Lukaku and Werner, and could be tasked with repeating that role in Saturday’s Premier League clash with Norwich at Stamford Bridge.

Malmo will head straight back into domestic action in Sweden in a bid to retain their top-flight title.

Boss Tomasson hailed his players for maintaining the fight against a rampant Chelsea, with the Champions League holders clicking into gear quickly and refusing to relent.

“Before the game you believe of course in a result, but playing against one of the best teams in the world, seeing the game, we have to say that Chelsea are very good,” said Tomasson.

“It was a tough game, and the big clubs in the world in regard to smaller clubs, the gaps are getting bigger and bigger.

“It’s a tough night and hopefully we will learn from that. The gap between the big clubs and everyone else is getting bigger all the time.”