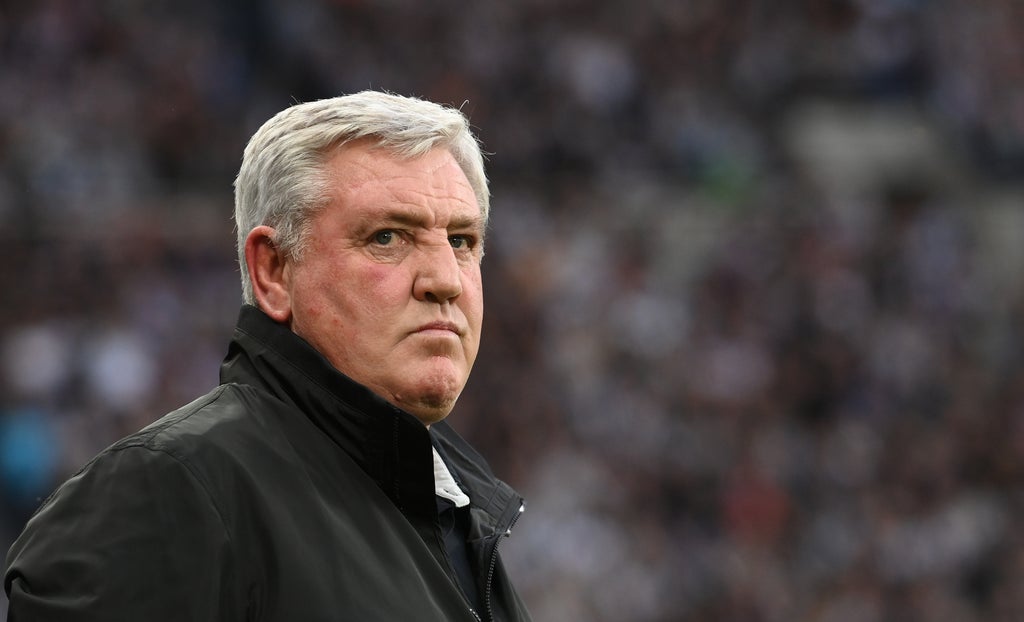 During one of the many testing points of Sunday’s game, new Newcastle United chairman Yasir Al-Ramayyan again reached for his phone. It’s going to need to be recharged a lot over the next few weeks. The club’s controversial new ownership have a lot of work to do, on and off the pitch.

They could do with some calls being returned. The Independent has been told of how Amanda Staveley’s husband Mehrdad Ghodoussi attempted to get in touch with one big-name manager last week, only to be given short shrift. The coach, in short, had no interest in working with this Newcastle as it is and was puzzled by the nature of the approach.

Such circumstances were one big reason Steve Bruce was still in charge for Sunday’s match against Tottenham Hotspur, that ended with the ignominy of both ends of the ground singing “sacked in the morning”.

It was impossible not to feel some sympathy for the 60-year-old. Newcastle supporters may find that similar sentiments aren’t extended to their predicament. There was an unmistakable relish from Spurs supporters as their team just got at Newcastle so easily, and made them look a rabble.

This was someway removed from the grand vision the Saudi Arabian ownership no doubt have for this team, but it might well delay its realisation.

Newcastle are in real danger of going down – and that’s even allowing for a managerial change and big signings.

The problems in and around the team are multilayered, some of them even more complicated by the takeover.

Most immediately, the purchase has further eroded the diminishing solidity of the side. Bruce’s management warrants some fair criticism but it’s also fair to say that he developed a capacity for a certain doggedness, that has fulfilled the remit of keeping a few teams up.

Much of that was based on an old-school authority that was strengthened among the players at St James’ Park by the knowledge that he was absolutely Mike Ashley’s man. The former owner was never going to get rid of him, so it meant all players pretty much had to get in line.

The water-treading nature of that brought many of its own problems, but also arguably just enough durability to keep staying up.

It is entirely possible that was already going this season but the takeover has made that certain. Bruce’s authority is gone.

The squad knows he is soon to be discarded. That has fostered greater uncertainty among the players, that fed into such a confused day. It inevitably means focus drops, even if it’s subconscious.

There are then the situations of the players themselves. They will know they are almost as dispensable as Bruce. The new owners will ultimately want to upgrade every single one of them – even Allan Saint-Maximin.

So, the club have at least 11 fixtures of that, before the January transfer window opens. These are not the usual ingredients for a good run of form.

And even before you get to the questions of the profile of players that they should want and will in turn actually want to go to Newcastle in January, there is the bigger question of the manager.

This is maybe the most complicated situation, and why the hierarchy need real clarity.

The problem again comes down to that tension between what Newcastle want to be and what they need right now.

Any idealised manager, such as a progressive coach who needs some space and scope to implement a vision, may not fit what they require for a relegation battle. That is all the greater an issue when they evidently lack a football structure around the manager.

Any appointment has to quickly get used to this group, too.

It is possible that the owners end up going for a survival specialist – some people in football have made jokes about things going full circle and Sam Allardyce returning to the club – but even that would create further uncertainty down the line, as they evidently want something more.

Ghodoussi, who is said to have become quite excited about getting into the glamour of football wheeling and dealing, would prefer a big name now.

There will be a certain level of expenditure in January, between £50m and £200m.

It is highly likely that they will spend enough to get out of trouble. That’s generally how it works. That was actually something both Bruce and Ashley realised, that the team only needs to be better – or more expensive – than another three.

But it just might involve a fair bit of tension and strained emotions until safety is secured. It similarly isn’t outlandish that they go down.

That certainly isn’t the grand vision that Staveley, Al-Ramayyan and the rest of the hierarchy will have imagined.