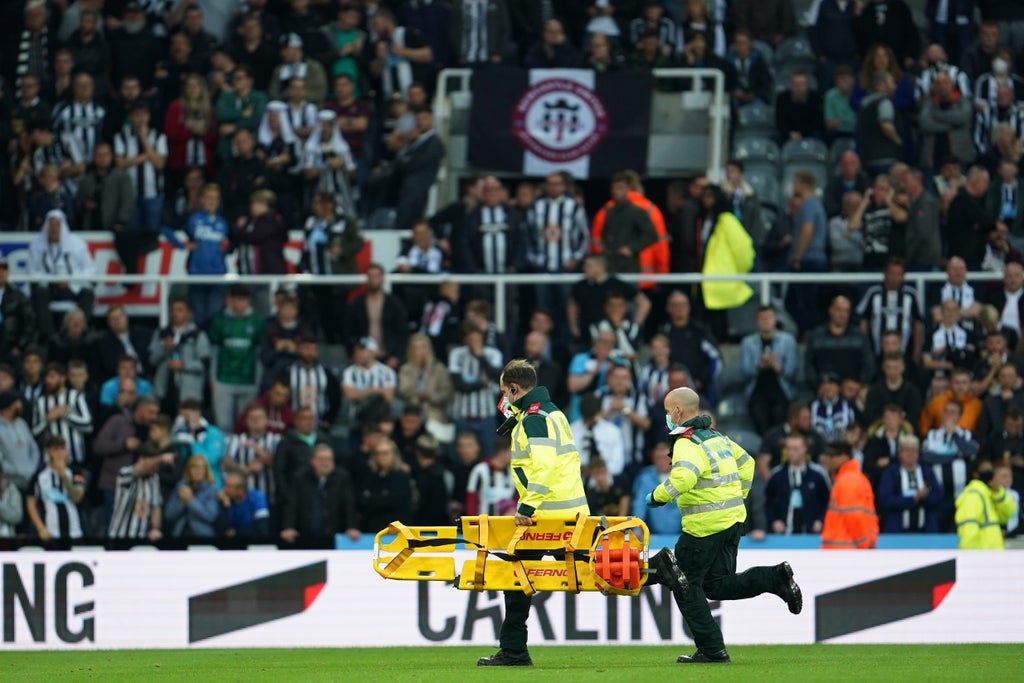 The Premier League match between Newcastle United and Tottenham Hotspur was suspended after 40 minutes due to a medical emergency in the stands.

Spurs were leading Newcastle 2-1 at St James’ Park when referee Andre Marriner called the player to the sidelines, having been alerted to a seriously ill spectator in the East Stand by fans passing a message on to the pitch.

Newcastle’s team doctor Paul Catterson was dispatched across the pitch to the incident carrying a defibrillator. After a conversation with police and stewards, Marriner then called the players back into the dressing rooms.

A few minutes later the fan was carried away on a stretcher, to applause around the stadium. “The supporter who was in need of urgent medical assistance has been stabilised and is on their way to hospital,” Newcastle tweeted. “Our thoughts are with them.”

An announcement over the stadium’s public address system said the players would soon return to finish the first half after a short warm-up. “The players will be coming out to resume the first half,” they said. “There are seven minutes left to play.”