EXCLUSIVE: IT was 25 years ago this week that Arsene Wenger took charge of his first game as Arsenal manager, writes MARK IRWIN.

But the Frenchman was beaten through the Highbury entrance by compatriot Patrick Vieira, who arrived a couple of months before Wenger was officially appointed.

On Monday, Vieira will make an emotional return to the club he captained during their Invincibles campaign. 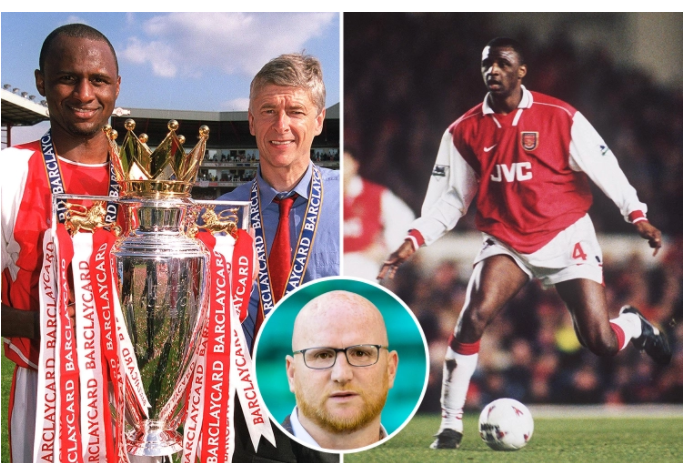 The new Crystal Palace manager is certain of a huge reception from Gunners fans, who have not forgotten the midfielder’s role in winning three League titles and four FA Cups.

But he did not receive such a warm welcome when he first reported for training after a £3million move from AC Milan in 1996.

Former Arsenal striker John Hartson recalled: “The first thing we all noticed about Patrick was that he didn’t even look like a footballer.

“He was  very tall and gangly with really thin legs and he was also a bit bandy. None of us had ever heard of him because although he’d come from Milan he’d hardly played for them and he was still only a boy at the time.

“He was also quite shy and softly spoken because he didn’t know a lot of the language. But as soon as he stepped on to the training pitch we knew straight away he was something special.

“He was a physical monster of a guy and he could look after himself from day one.

“Straight away he was barging into Tony Adams, Martin Keown and myself and controlling our practice games from the middle of the park.

“There’s not many players that have been as fearsome in the tackle as Roy Keane, but Patrick revelled in his battles with him and so did  the crowds.”