The richest club in the world can’t spend big! Eddie Howe admits Financial Fair Play will impact Newcastle this summer and claims a squad overhaul is ‘not an option’ for the club despite the backing of their mega-rich Saudi owners

Eddie Howe has warned that Newcastle United’s spending power will be impacted by financial rules this summer and says their outlay will not be as lavish as some expect.

Sportsmail reported last month that a transfer budget of £60-80million plus player sales has been mooted within the game.

The Magpies were Europe’s biggest spenders in January, investing £94m in five players in what was the first transfer window under Saudi-led ownership.

The new regime have stated their ambition to compete with the likes of Manchester City and Liverpool at the top of the Premier League.

But their New Year splurge, coupled with no extra revenue having yet been generated by way of commercial deals, means that the club will operate with caution this summer.

Howe said: ’With Financial Fair Play, we have restraints and we have things that we have to work within, so we can’t just go out and spend money on players like maybe teams could have done in the past, and totally change their squad within one transfer window. That is not an option for us.

‘The more money you spend in one window, the more it impacts your ability to then spend in windows beyond. The rules are there to govern the game properly and we have to follow suit, so that does impact what we can do this summer.

‘But it doesn’t mean that we’re totally without ambition. We’re well aware that we have to change the squad and we have to make improvements, but it’s going to be a difficult balance.’ 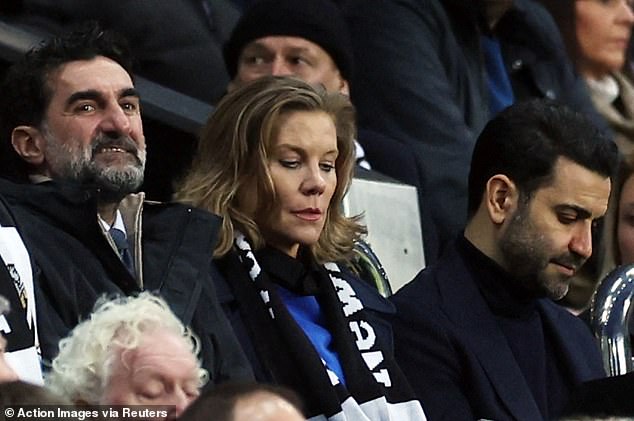 Howe, though, rejects the suggestion that supporters have been misled with regards the ambition of the new owners.

‘No, not from the vision that was sold to them, because the club will get there,’ he said. ‘I am a believer in that the cub will get to where it wants to be. The time it takes to get there, I think that is something no one can predict.’

Newcastle’s focus will be on signing a goalscorer this summer, with doubts over the fitness of Callum Wilson and potency of Chris Wood.

Shortlists are being drawn up and, among the names in attacking positions, we understand Everton’s Dominic Calvert-Lewin, Benfica’s Darwin Nunez, Leverkusen’s Patrik Schick, Alexander Isak of Real Sociedad and Reims teenager Hugo Ekitike have all been discussed.