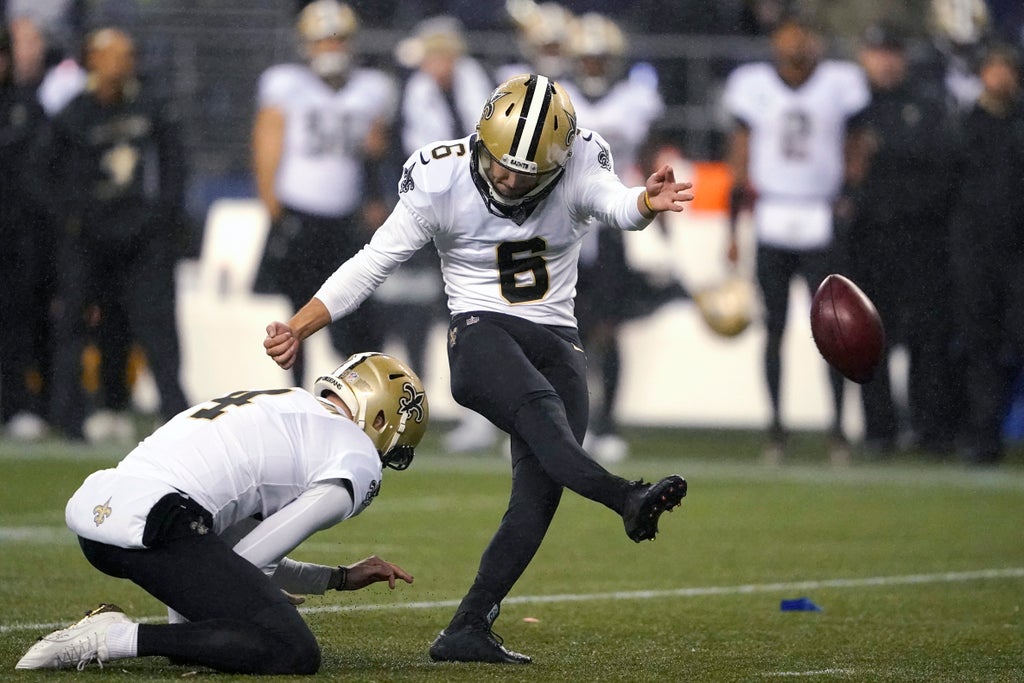 A late field goal pushed the New Orleans Saints past the Seahawks in wet and windy conditions in Seattle on Monday night.

The Seahawks, who were still without starting quarterback Russell Wilson due to a hand injury, got off to a perfect start when DK Metcalf muscled his way past multiple defenders for an 84-yard touchdown in the only scoring play of the first quarter.

New Orleans hit back in the second, opening the quarter with a field goal before Jameis Winston found Alvin Kamara in the end zone to give the visitors a 10-7 lead at half-time.

As the weather deteriorated in the second half, so did the play on the field as both sides struggled to complete passes.

A crucial fumble late in the third allowed Seattle to even the score, but they were unable to take the lead early in the fourth when kicker Jason Myers missed a 53-yard attempt wide left in the swirling wind.

Ill discipline down the stretch ended up costing the Seahawks, who gave up two late penalties for first downs – the second of which led to the Saints’ game-winning 33-yard field goal.

Winston finished the game with 222 passing yards to go along with 40 on the ground, while Seattle back-up Geno Smith was held to just 167 yards.