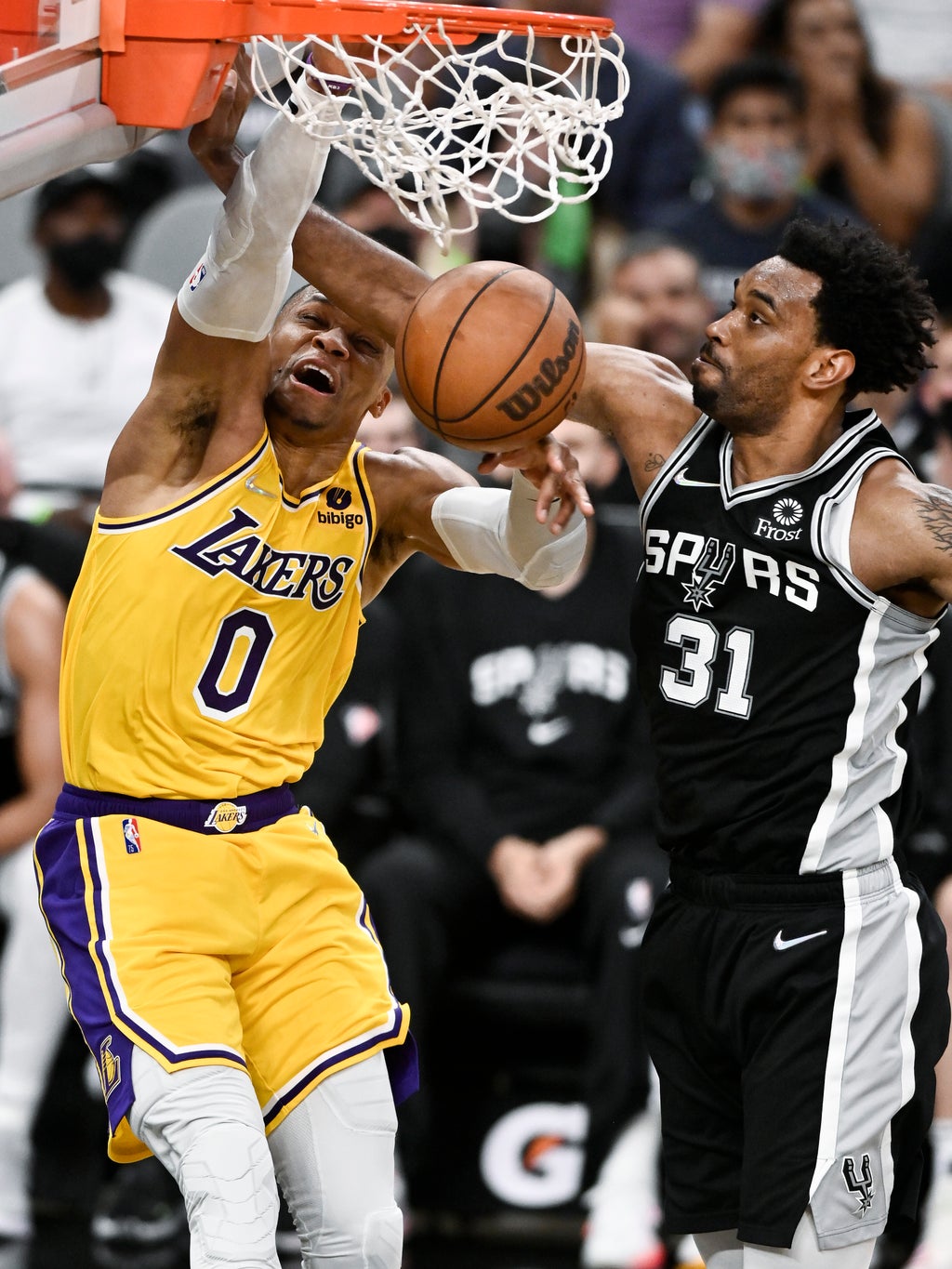 The Los Angeles Lakers overcame the loss of LeBron James to defeat the San Antonio Spurs 125-121 in overtime on Tuesday night.

The four-time MVP was ruled out with an ankle injury prior to tip-off, putting pressure on Anthony Davis and Russell Westbrook to step up in his absence.

They did just that, combining for 68 points and fuelling the late comeback which propelled Los Angeles to their second win of the season.

Jakob Poeltl, Dejounte Murray and Lonnie Walker IV all topped the 20-point mark for the Spurs, but were ultimately unable to match the Lakers’ intensity down the stretch.

The Utah Jazz pulled away late against the Denver Nuggets to claim a 122-110 victory on the back of a Rudy Gobert double-double.

The two sides were neck-and-neck in the first half, but a knee injury to Nikola Jokic just before the break opened the window for the Jazz to go on a decisive run.

Gobert posted 23 points and 16 rebounds, while Jokic led the way for Denver with 24 points in his 15 minutes on the court.

The New York Knicks rode an explosive 39-point second quarter all the way to a 112-99 win against the Philadelphia 76ers.

New York’s Kemba Walker shot five threes in a 19-point effort as the Knicks comfortably ended a 15-game losing streak against the Sixers.

Luka Doncic had his best game of the young season to lead the Dallas Mavericks over the Houston Rockets 116-106.

Doncic finished with 26 points, 14 rebounds and seven assists, while teammate Kristaps Porzingis exited the game early due to a lower back injury.

And Damion Lee contributed 20 points off the bench to propel the Golden State Warriors over the Oklahoma City Thunder 106-98.