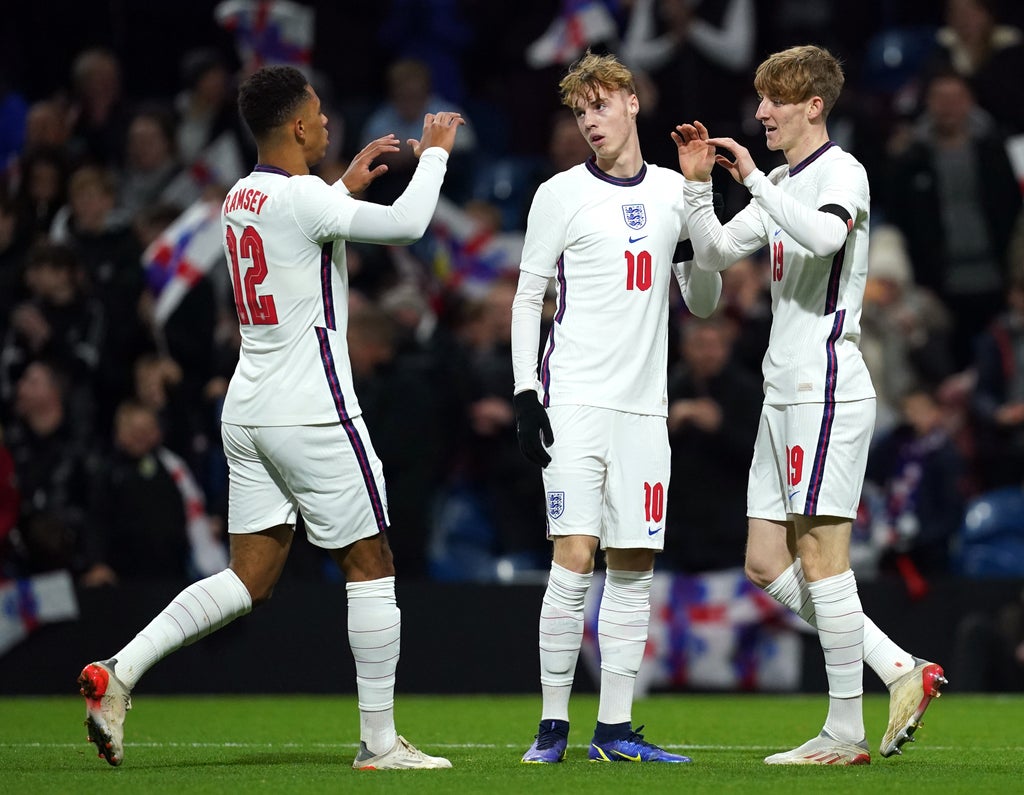 Boss Lee Carsley believes his England Under-21 stars rose to the challenge to boost their Euro 2023 qualifying hopes.

They are now two points behind the Czech Republic, who top Group G, with a game in hand following victory in Burnley.

Carsley had urged his men to prove they can perform under pressure after a stuttering 1-0 win in Andorra last month and believes they came good.

He said: “I enjoy watching my teams play, I want us to play good football and press because I want to watch a good game.

“With our intensity of getting after the ball and closing down the space it was the perfect start. There was a crowd here and I wanted to make sure they were entertained.

“It was an important game, like we had spoken about. I feel like I’ve watched the Czech Republic every day. We were really prepared to play against them.

“We were under no illusions it would be a tough game, they hadn’t conceded a goal so I wanted to see what they were like if they did. They are a good team and we can be proud of that.”

He opened the scoring after four minutes when Martin Vitik deflected his shot past Manchester United goalkeeper Matej Kovar.

Seven minutes later it was 2-0 when Kovar parried Conor Gallagher’s shot straight into Gordon’s path for the youngster to tap in from two yards.

The Young Lions continued to dominate and after Balogun was denied a penalty he scored his first under-21s goal after 30 minutes.

Jacob Ramsey, impressive throughout, stole the ball in midfield and slipped in Arsenal’s Balogun to fire low into the corner.

The Czech Republic had been poor but they pulled a goal back out of the blue five minutes before the break.

Luke Thomas tripped Adam Karabec in the area and the Sparta Prague midfielder beat Joe Bursik from the spot.

Balogun then miscued in front of an open goal and Gordon was denied a hat-trick after the break but England cruised to victory to ramp the pressure up on the Group G leaders.

The Young Lions now go to Georgia for a friendly on Tuesday with Cole Palmer a doubt after coming off with a hamstring injury.

Carsley added: “We’ll get the medics to assess and we’ll do what’s right for Cole and Manchester City. Going to Georgia, it’s one of the host countries (for Euro 2023) so it’s important to use the game to look at as many players as we can.”