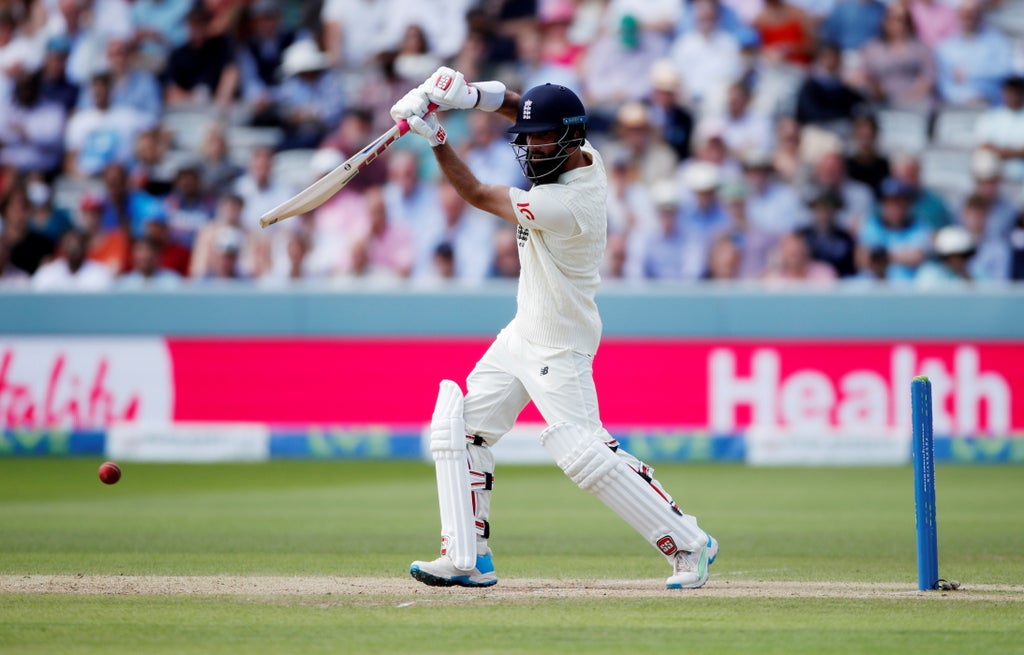 After seven years as a Test cricketer, Moeen Ali has called time. A week before a prolonged 2021 summer finally closes, the Worcestershire allrounder announced his retirement from the longest format to concentrate on what remains of his professional career.

In other sports, such news would see the dams open and eulogies flood the discourse. But the nature of modern cricket means players of Moeen’s ilk have numerous retirements to declare before any finality. There is not one door to close, rather a series of windows. In the 34-year-old’s case, this is the closing of one in which he made 64 appearances in the format for England, but just nine in the last three years. The end had been coming for some time now.

But where the prose needs to be tempered because Moeen’s international duties are not quite over, the adulation can run wild because of how he operated in whites. Not since David Gower has the England Test side had a left-handed stylist who made such beautiful high-elbow angles with flourishes, never swings. Similarly, with the ball in his right hand, he fizzed the majority of deliveries towards off stump, though not before graceful dip and drift.

At his best, Moeen was the antidote to Test cricket’s traditional ways without ever being a renegade: operating within its strict parameters but still managing to elevate it to a level of high class. Whether through pitch-perfect notes off the middle of his bat or the rattle of timber, pad or snick of edge with an unplayable delivery. The mention of his name brings the thought of at least one of the above to mind. On Monday, his retirement brought videos of all flooding to various social media channels.

Such memories will also trigger the frustrations with Moeen. A reminder of someone who made the game look far prettier than it was ever meant to be, but seldom used those charms to seduce matches to his whim. Averages of 28.29 with the bat and 36.66 with the ball will tell the story of an allrounder who could not quite get attuned to the very top level. For those of us lucky enough to watch him, the immaculate technique would suggest mindset rather than talent was the issue.

Yet future judgements should be offset by how his career stacks up against those that have come before. The 195 wickets are the third most by an English spinner, and the five five-wicket hauls alongside five centuries have him as one of just 13 in the history of Test cricket to achieve both.

That he is also the one Test batter to have occupied positions from opener to number nine at least five times goes some way to gauging just how he was used across 64 caps. As much as he was a victim of his period in this England side, shifted every which way in a team perennially striving for balance and never finding it, there is an admission from the man himself that he never quite did enough to earn the luxury of a consistent role.

“I look back and 100 per cent I did better than I thought I could do,” he said in his retirement interviews with the Guardian and ESPNCricinfo. “Even though now I feel like I could have done better.”

He will continue to do perform in an England shirt, starting next month in the United Arab Emirates as a vital part of Eoin Morgan’s side in the T20 World Cup. Perhaps even the following year for 2022’s tournament in Australia. Not to mention for Worcestershire, Birmingham Phoenix and in other competitions across the world, such as the Indian Premier League where he is currently turning out for Chennai Super Kings.

No doubt it is in limited-overs cricket where he feels most at ease. His role as an off-spinning middle-order striker is clearly defined, and the encouragement to score quickly in keeping with an expansive shot-making ability that shows no signs of dimming.

But he is a loss to the white shirt. A tactical mind to no longer call upon, and a boom or bust dressing room has lost a calming influence, whether through sincere appraisal or at times some much-needed light relief. A spinner whose knack of taking wickets – big ones, too – saw him brought back into the fray in 2021 after England decided they had tried to move on too abruptly.

The repercussions of Moeen’s announcement is Jack Leach and Dom Bess will benefit from having a clearer shot at making the XI. And though they are already well into their respective Test careers, Moeen’s ups and downs, even the manner of his retirement, should give head coach Chris Silverwood and Joe Root as captain plenty of guidance on how to manage them better.

“There are a number of things I’ll look back on when I’m finished as captain – I could look back on with regret that I could have done slightly differently,” said Root on Monday when assessing how Moeen was dealt with during his final years, particularly when he was dropped after the first Test of the 2019 Ashes. “The one thing I will say is when Mo has played, he’s been brilliant. You look at the amount of games he has affected, the amount of special moments he has had on a cricket field in the Test match format has been exceptional.”

There is also the matter of what Moeen stood for as an England Test cricketer. Born in Birmingham, the son of Pakistani immigrants whose embrace of Islam and his upbringing gave him the strength of belief and purpose to reach the top of the game.

In some ways, being anointed as an “inspiration” to a group of people can be a curse. Especially in a field like sport, where the dedication and intent on pursuing a career at the elite level require the adoption of narrow, selfish focus.

Certainly in English cricket, to be a Test player of Asian descent carries the extra weight of representing the under-represented. And to have been an identifiable member of a team in the format revered most in this country since Moeen debuted in 2014, coinciding with a period of broader uncapped Islamaphobia in the world around him, has been profound.

Moeen was not the first British Asian, Muslim or player of Pakistani heritage to represent England, and he won’t be the last. But not all had or will have the willingness to wear either or all as comfortably. That is a testament to just how much clarity he possesses. He might have suffered for professional balance in the longest format, but he has consistently established a steady personal equilibrium on how his own ambitions could inform those who see themselves in him.

“I want people to know I am Muslim and British and proud of both,” said Moeen in 2015 off the back of becoming one of Wisden’s Cricketers of the Year for 22 dismissals and first Test century in just his second cap during his maiden Test summer of 2014. “I want Asian kids to look at me and realise that they, too, can enjoy a career in cricket.”

Well, they do. And while it is wistful to think Moeen has changed the world around him by dropping jaws with inside-out strikes through cover or turning a red ball through the gates of some of the best right-handed batters in the world, he has certainly shown future generations of similar and not so similar backgrounds that cricket can be for them.

“I really hope that off the back of what he has done and achieved at Test cricket there will be so many young boys and girls out there that will be wanting to follow in his footsteps because, as I say, he’s done fabulous things,” said Root. “The way he holds himself. The way he carries himself, the way he goes about things is fantastic. He leaves a legacy.”

It is now on the ECB and others within the English game to embolden these sentiments away from the field, while also trying to fill the gap left on it. And not doubt questions to be asked as to how It can feel like Moeen was both mismanaged and given too many opportunities.

He leaves Test cricket with accomplishments to revere yet also scope for fans to wonder if he could have given more. And yet, given what he achieved and what he meant, you could argue Moeen has done more than enough.