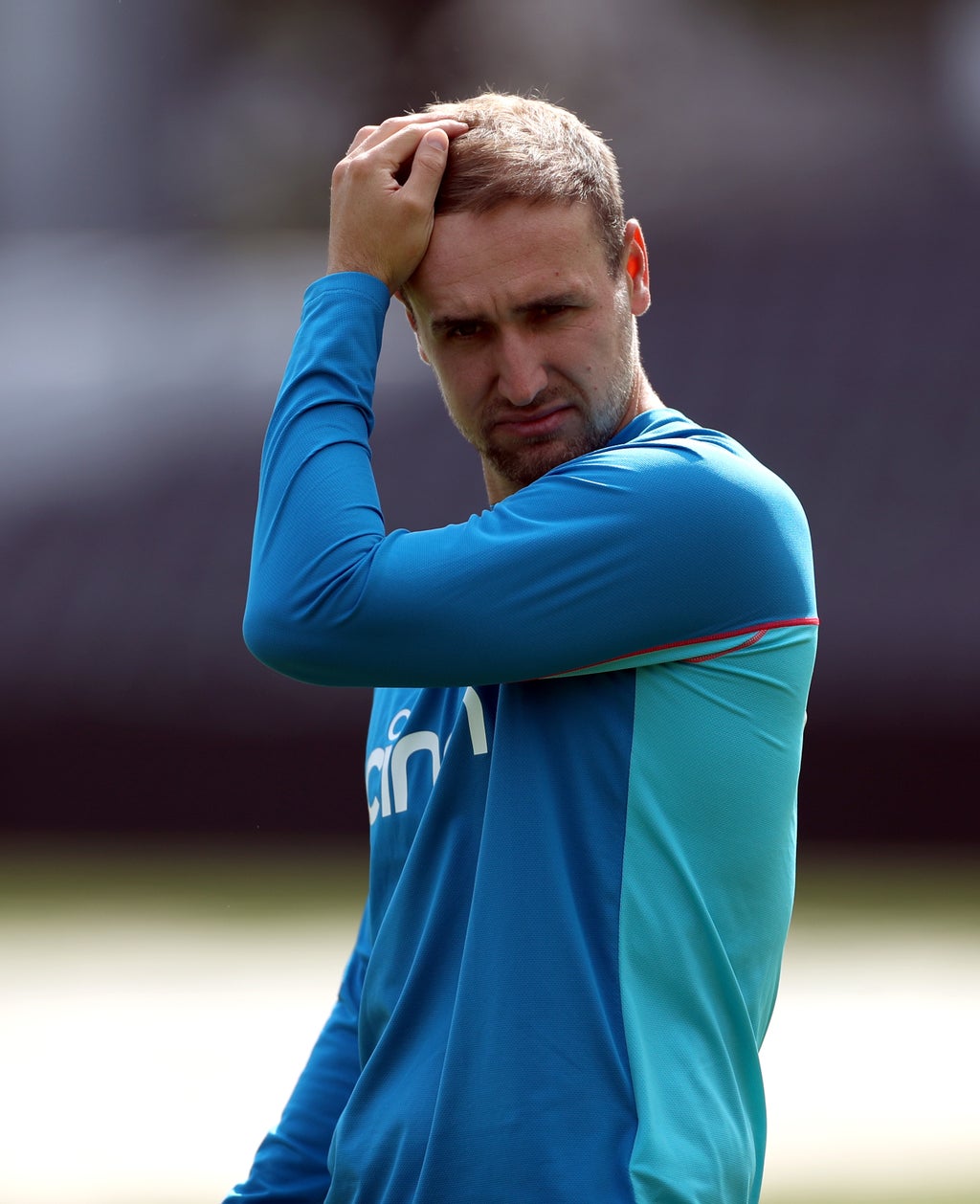 Livingstone is viewed as a key part of England’s plans for the tournament and served notice of his all-round abilities in the six-wicket defeat in Dubai striking a few fierce blows in a quick-fire 30 and then claiming the key wicket of Virat Kohli with his mix-and-match spin.

But his evening at the ICC Academy Oval took a turn for the worse in the 16th over of the Indian chase when he dropped top-scorer Ishan Kishan (70) in the deep and recoiled in pain.

He immediately departed in obvious pain, shaking his hand and looking at his fingers in clear discomfort as he was replaced by Sam Billings.

The 28-year-old did not return to the field but team-mate Moeen Ali who won the Indian Premier League with Chennai Super Kings over the weekend and continued his impressive form with a lively cameo worth 43 not out in just 20 balls, moved to allay any concerns.

England have one more practice fixture, against New Zealand on Wednesday, and while it may prove prudent to keep Livingstone on the sidelines for that match there are no indications that he is a doubt for Saturday’s Super 12 opener against the West Indies.

“I think he’s alright, I don’t know a lot about it but he seemed to be fine. I think it’s just bruising,” said Moeen.

“He was hit on the back of the hand. Obviously it was a little scare at the time, but he said he was fine so hopefully it’s good.

“He’s a brilliant player, he’s been playing really well over the last couple of years so I hope he can carry that form into the World Cup. I feel like it’s gonna be a big stage for him.”

England were outgunned by India’s batsmen despite posting a competitive score of 188 for five, built around Jonny Bairstow’s knock of 49 through the middle and elevated by a late flurry from Moeen, who ended the innings by hitting two sixes and a four off the final three balls.

India were far from daunted by the challenge, though, and kicked off their reply with a blazing partnership of 82 from KL Rahul (51) and Kishan, who retired out on 70 to allow others a hit.

England’s seamers sustained some hefty damage in the powerplay, while spinners Moeen and Adil Rashid coughed up five sixes in as many overs as they failed to put a cap on the run-rate.

Kishan’s retirement, and two tidy overs from Livingstone, set up a final equation of 20 needed from the last two overs but it was all over by the end of the 19th – a ragged visit from Chris Jordan who lost control amid evening dew.

Eoin Morgan will step back off the sidelines to lead the team against the Black Caps, but Moeen revealed he was not interested in taking the night off despite his recent exertions in the IPL showpiece.

He has not always been a sure-fire selection over the past couple of years and was keen to cash in on his hot streak with the bat as competition for top-six places rages.

“Eoin asked me if I was happy to play, if I wanted to play this game because we just played the other day, but I wanted to keep going,” he said.

“I feel like I’m playing well so I wanted to carry on. Eoin will come back in next game…(who drops out) is a decision they’re going to have to make.

“With the whole line-up it depends on the combination that Morgs and the coaching staff want to go with. We’re just trying to get into the best nick we can and make ourselves ready for the first game.”