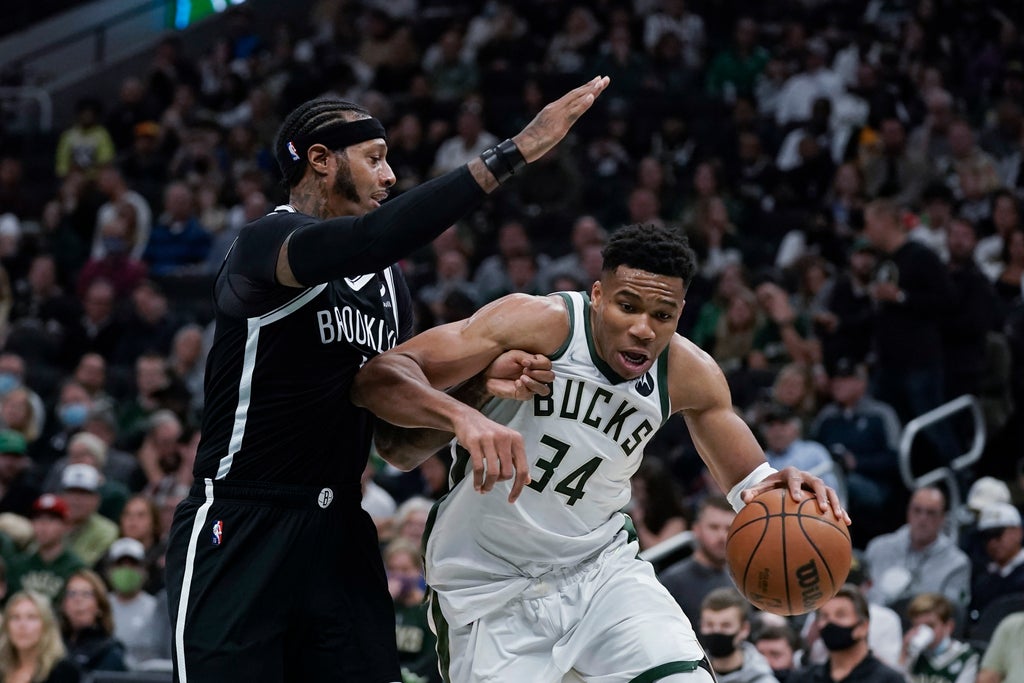 Reigning NBA champions the Milwaukee Bucks started the new season as they finished the last with a dominant 127-104 win over the Brooklyn Nets.

The home side celebrated their first title win in 50 years ahead of the tip-off but there was no hangover from the revelry as Giannis Antetokounmpo led his team to victory.

The Greek Freak bagged 32 points and 14 rebounds, while Khris Middleton and Pat Connaughton each added 20.

The Bucks raced to a 19-point lead in the second period and stayed in front against the visitors, who nearly eliminated them in last year’s playoffs in the second round.

Brooklyn’s top scorer was Kevin Durant with 32, while the Nets were without Kyrie Irving who is not with the side after refusing to get a Covid-19 vaccine.

Meanwhile, on the West Coast, the Golden State Warriors saw off the Los Angeles Lakers 121-114.

LeBron James scored 34 and Anthony Davis had 33 for the Lakers, but the Warriors had a more even attack with six players recording double-digit hauls.

The Lakers were within two points with six minutes left to play but the Warriors went on a 10-3 run to eke out a lead which they retained to the final buzzer.

Steph Curry finished with a triple-double – 21 points, 10 rebounds and as many assists – while Jordan Poole had 20, and Damion Lee and Nemanja Bjelica each scored 15.