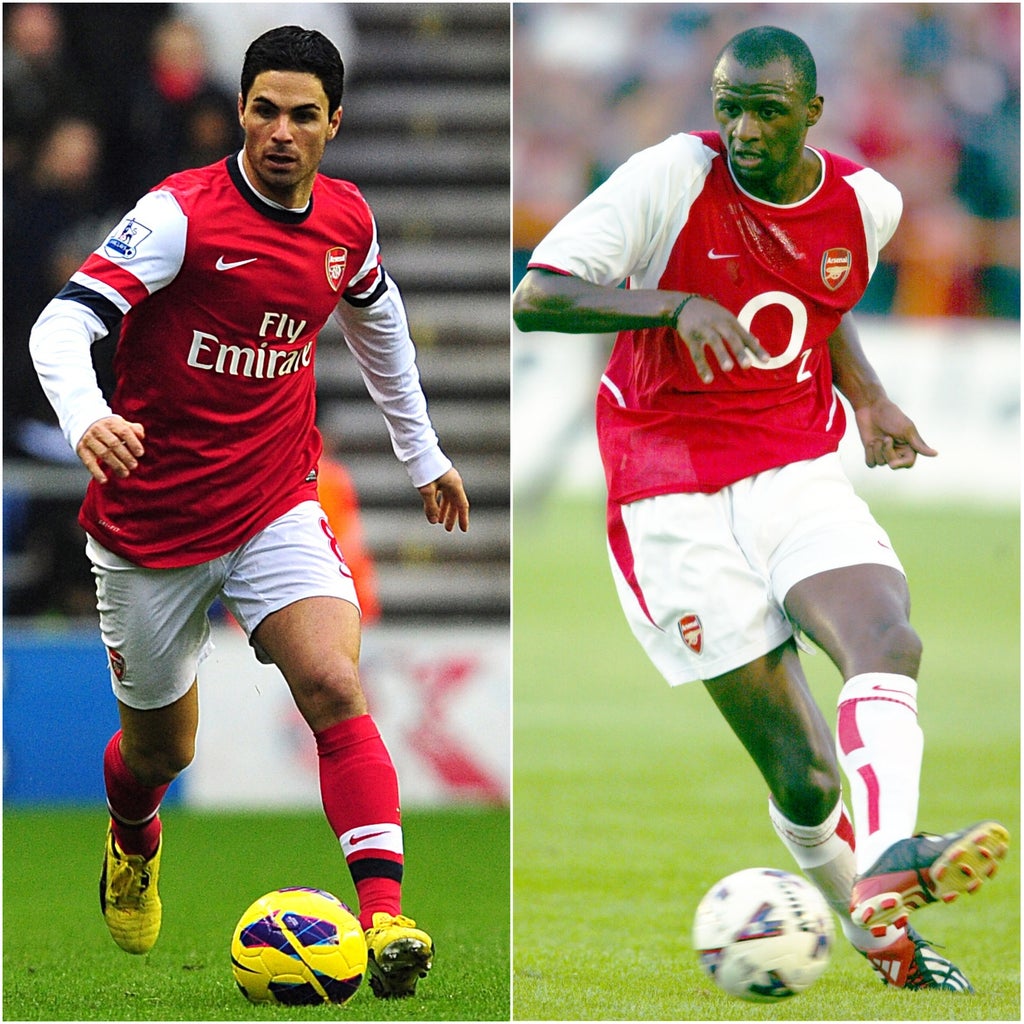 Arsenal manager Mikel Arteta has hailed Patrick Vieira as a “remarkable” player and a one-of-a-kind talent.

Vieira won three Premier League titles and four FA Cups with the Gunners, captaining them on their unbeaten Invincibles season.

He takes his Crystal Palace side to the Emirates Stadium on Monday night as he prepares to meet Arsenal for the first time as a manager.

Vieira was linked with the vacant Arsenal role before Arteta, another former club captain, landed the position.

The two never played in the same Arsenal side and only crossed paths a couple of times as opponents but Arteta was in no doubt how good a player Vieira was during his time in Arsene Wenger’s midfield.

“He was very dominant,” Arteta said of his Palace counterpart.

“He was physically really gifted, technically too, he had the right temper, he was brave and he could score goals. He could do a bit of everything and he was remarkable.

“Patrick was Patrick. There’s not going to be another one like him.

“He is an Arsenal legend and I hope he gets the reception he deserves for what he did for the club, not only as a player but also what he transmitted as a person. He was a captain of the club in the most successful era in the last many years and it is great to have him back.”

A midfielder Arteta will not be able to call on when the Eagles make the journey across London on Monday night is Granit Xhaka.

The Switzerland international has been sidelined by a knee injury suffered in the north London derby win over Tottenham last month.

Arteta praised Xhaka’s determination to come back earlier from the setback and, asked if the player could return quicker than the three months originally expected, he said: “With Granit I don’t know.

“What I am sure is if you tell him three [months], he will be thinking two. He will be trying to cut edges and doing extra work to try to minimise that time, that’s for sure.

“We have to do it in the right way because it is a significant injury and we want to have him back properly when he can.”

Gabriel Martinelli could also be missing after Arteta revealed he suffered a minor injury last week.

The Brazil forward has not featured in the Premier League since the 2-0 defeat by Chelsea on 22 August but Arteta does not intend to send the 20-year-old out on loan in January and wants Martinelli to develop at Arsenal.

“No, I’m very happy with him and we aren’t thinking about anything like that,” he replied when asked if a loan move could be on the cards.

“[He is not playing a lot of minutes] because of the amount of players that we have in those positions, first of all.

“Unfortunately he got injured last week. It is a minor injury but we don’t know if he is going to be available for Monday, but we have a lot of trust with Gabby and we need to find the right space for him to grow within the squad.

“If you look at the number of games that he’s played, obviously the injuries that he suffered have been big setbacks on that with him. We sometimes forget his age, what he’s done and and where he is and we need to try to help him as well to maintain that balance.”