By Nick Callow For Mail On Sunday

Mikel Arteta is planning to hit back at Antonio Conte by ensuring Arsenal end the season above their bitter rivals.

Tottenham manager Conte told his opposite number to stop complaining and focus on his own team after the Gunners were thrashed 3-0 in Thursday’s north London derby, which reignited the race for Champions League qualification.

The pair have been sniping since Arsenal managed to get their original January clash postponed due to a combination of injury and Covid absentees. 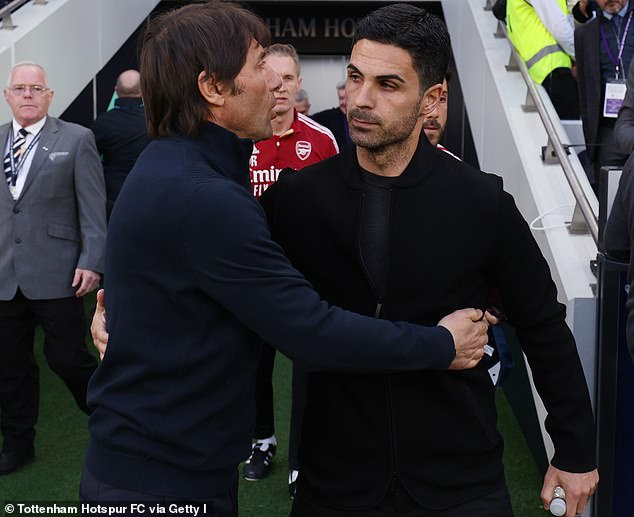 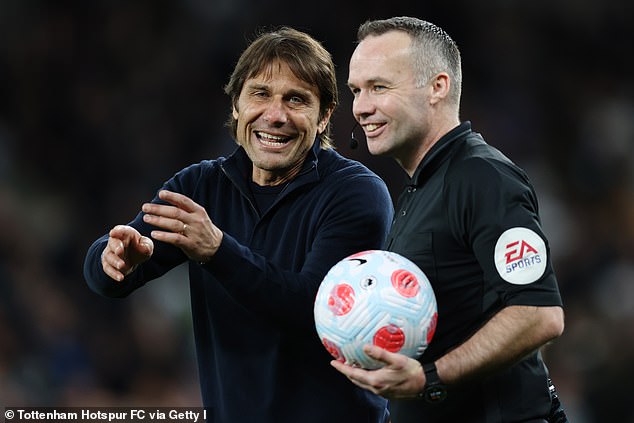 Now Arteta insists his players have already moved on from their derby defeat and has followed Conte’s advice to the letter. Asked if he had a message back for the fiery Italian coach, Arteta said: ‘Yes — I am fully focused on beating Newcastle.’

Two wins from their final two matches — starting at Newcastle tomorrow — would ensure Arsenal qualify for the Champions League and likely condemn Spurs to Europa League football next season, but any slip-up could gift the glory to Conte’s men.

Arteta said: ‘I’m only looking forward, as I said afterwards [at Spurs]. That game was lost and we were disappointed but now we have a have huge game to play against Newcastle. We have fully focused all our energy on that.’

Arsenal reported for training yesterday morning after a day’s rest and Arteta claimed they had already brushed off a defeat he had insinuated was more down to poor refereeing than his side’s lack of composure on the night. 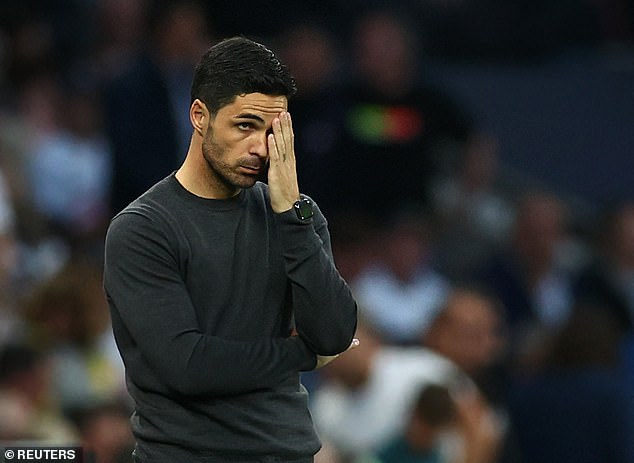 ‘We started the game extremely well, then we conceded that first goal after that [penalty] decision.’ he said. ‘After that we got into a situation that is difficult to judge, or assess, but I was really proud of the players.

‘They tried to handle the situation, but very disappointed with the result. The way they have reacted since has shown me how lucky I am to have them, how they stand [up to pressure] under any difficulty, how much they are looking forward to play on Monday, how excited they are about the challenge ahead.

‘We all know everything that we’ve been through throughout the season to fight to be in this position. But two games and needing two wins is a good place to be.’

Arsenal were so badly beaten at Tottenham it looked as if it could have a lasting negative impact on their hopes of returning to the Champions League for the first time in five years. But Arteta warned his rivals not to dismiss the resilience of his players. 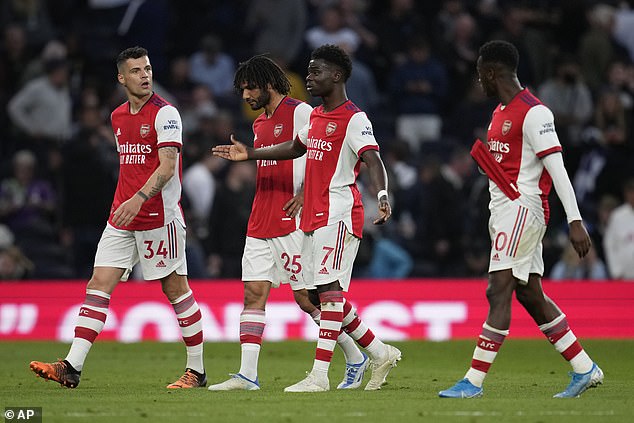 ‘Losing like that is always painful,’ said Arteta. ‘But you also learn a lot, probably more than with any win. So it’s good to go through those moments sometimes. Hopefully that helps us on Monday.’

Patching up bruised egos aside, Arteta’s biggest worry concerns a lack of central defenders. Rob Holding is suspended after his red card at Tottenham. Gabriel, who hobbled off, and Ben White, who has not played a minute of their last three matches with a hamstring problem, could also be missing.

Arsenal are close to a deal for 19-year-old Sao Paulo winger Marquinhos. The Brazilian club want to strike a quick agreement as they risk losing him for nothing when his contract runs out later this year.

Wolves and Atletico Madrid have also shown an interest but Arsenal, who have offered about £2.9million, are expected to finalise terms in the coming days. The Gunners also remain keen to sign Manchester City striker Gabriel Jesus.