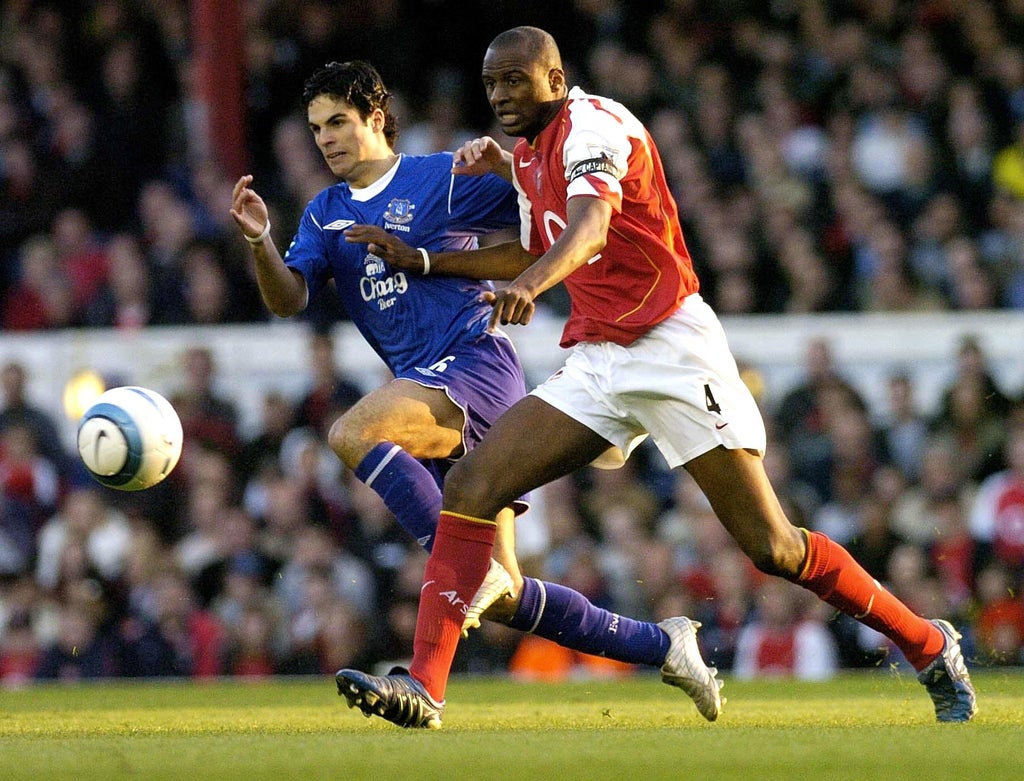 Patrick Vieira has put Mikel Arteta in the same mould as Didier Deschamps ahead of his return to Arsenal on Monday.

Arteta hailed Vieira before their Emirates Stadium meeting, describing the Frenchman as an “Arsenal legend” for his trophy-laden nine years at the club between 1996 and 2005.

Crystal Palace boss Vieira repaid the compliment by comparing Arteta to Deschamps, his former France team-mate who emulated his World Cup playing success in 1998 by lifting the trophy as a manager 20 years later.

“He is somebody who understood that, when he was playing, going into a managerial area was something he wanted to,” Vieira said of Arteta.

“The way he was playing on the field, talking a lot with his players, he reminds me of Didier Deschamps of the French national team.

“When he was playing you knew Didier was going to be a manager. Arteta is in the same mindset.”

The 45-year-old managed Nice in Ligue 1 after his spell in the United States ended.

“I don’t know him really well as a man,” Vieira said. “As a player I think he was a really good player and had a wonderful career.

“He was in the Manchester City group and he learned the job before getting the chance at Arsenal.

“He did everything in the right way. I think when he was under pressure he did really well as he’s always been calm and composed.

“What is important is he is doing really well, he can focus on what he can control like how the team play, keeping going and trying to change things around.”

Vieira has won only one of his first seven league games as Palace manager – a sparkling 3-0 home victory over Tottenham.

There have been four draws and plenty of encouragement in some of Palace’s performances, including the last two outings against Brighton and Leicester.

But Vieira’s job appears to have been made harder by Newcastle’s newfound spending power following their controversial takeover by a Saudi-backed consortium.

Over the last four seasons there has been either one point or one place between Palace and Newcastle in the final Premier League standings.

“I would say you have to be happy for them. That’s the way it goes. We just have to manage it and deal with it.”