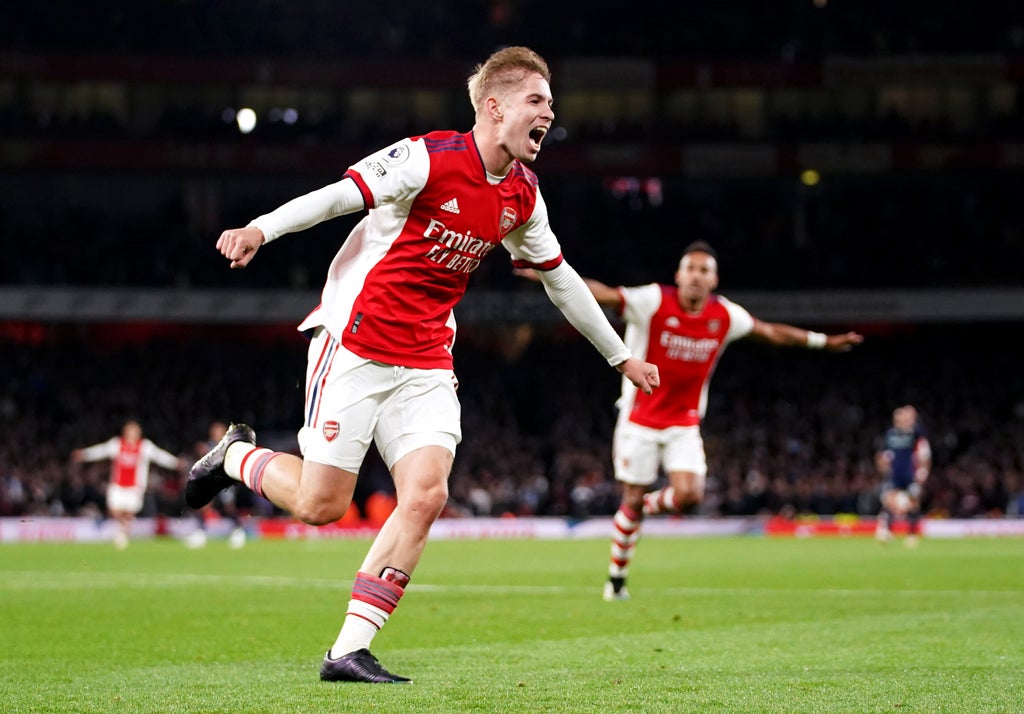 The Gunners were the better side throughout and thoroughly deserved their 3-1 victory.

Thomas Partey got the ball rolling with his first Arsenal goal before Pierre-Emerick Aubameyang doubled the lead on the stroke of half-time after seeing his penalty saved.

Smith Rowe capped a fine display against his summer suitors by adding the third, with substitute Jacob Ramsey pulling one back for the visitors.

Villa saw two bids for the England Under-21 international turned down in the summer, with Arteta insisting he was never worried Smith Rowe would leave the Emirates Stadium.

Smith Rowe now has two goals and two assists this season and Arteta has been pleased with the development of the academy graduate.

“When you want to take the game to the next level, when you become a real important player in such a big club, that should be the only priority and every detail is important and relevant,” he said. “You have to make him aware of that, you cannot give percentages away that can make big differences and he has changed that.

“Credit to him and obviously the staff here that are all the time monitoring and build that education with him and he’ll only get better.

“He should demand that in his game because he is capable of doing it. I’m pleased that that is developing. He still needs to develop more in other areas as well.

“The other night he wasn’t 100 per cent fit but he stepped forward and he wanted to play with a difficult injury that he had.

“There is no complaining, he is just looking forwards, he is really determined, he has changed the way he is living as well a little bit and some of the habits that he had and he’s been superb.”

Arsenal moved level with sixth-placed Manchester United with the win, albeit having played a game more, and Arteta hailed a performance close to what he wants to see from his side more regularly following their 2-2 draw with Crystal Palace on Monday.

“What I liked the most is the way the team reacted on Monday evening, how we finished the game and how they were in the dressing room,” he added.

“Accepting that it wasn’t good enough, that we played to a really good level in some parts, but to a level that is not acceptable in others. We are the youngest team in the league, but that is not an excuse.

“We cannot change the age, so we cannot find these kind of excuses. We have to find why those things happen in the game, find the right solutions and then put them right and believe they can play at that level, because they can.”

Villa boss Dean Smith was unhappy with the penalty awarded to Arsenal on the stroke of half-time as referee Craig Pawson consulted his pitchside monitor before pointing to the spot, adjudging Matt Targett had fouled Alexandre Lacazette.

“I saw it in real-time and my first instinct was it looked a penalty, I must admit that,” he said.

“When I see the same thing he sees (on the monitor) to me it is too frivolous, we are looking really closely to see if he touches the ball first, it is what we spoke about in the summer, about those kinds of decisions not going to VAR and staying with the referee.

“My understanding was we were walking off the pitch for half-time and then he gives the penalty after looking at VAR, so I don’t think the referee has even thought about it but if it is a goal or he saves it, he should blow for half-time.”