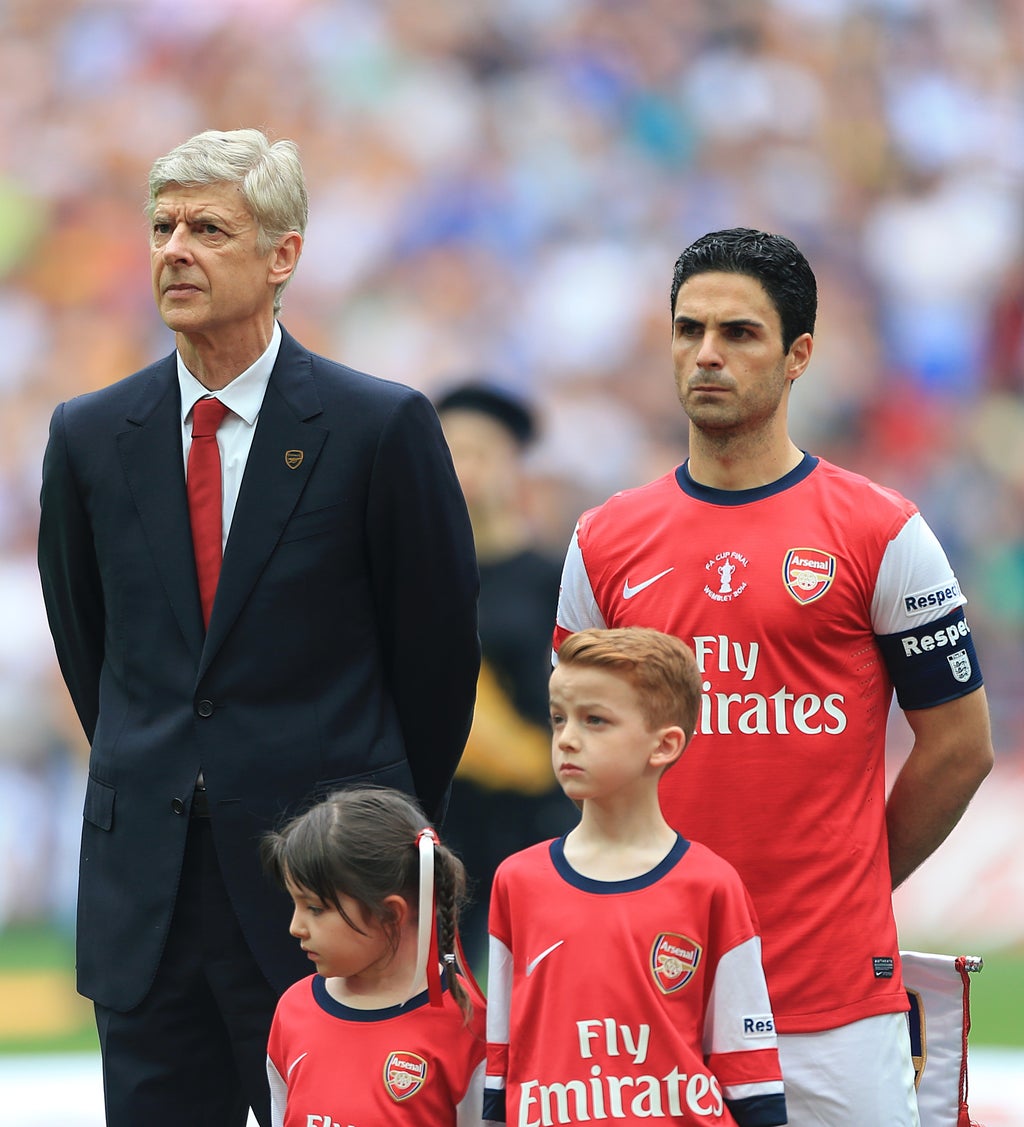 Mikel Arteta has praised Arsene Wenger with installing the “fire” into his players to want to go on and become managers themselves.

Arsenal boss Arteta welcomes Patrick Vieira’s Crystal Palace to the Emirates Stadium on Monday night, the pair having both captained the Gunners under Wenger.

Arteta, meanwhile, returned to Arsenal as head coach in December 2019 having previously worked as an assistant to Pep Guardiola at Manchester City.

The likes of Sol Campbell, Thierry Henry, Tony Adams, Remi Garde and Giovanni van Bronckhorst are among the other former Arsenal players to venture into management after playing under Wenger.

“We were all guided in a way, or made to feel in a different way about the game because we had Arsene as a manager,” Arteta said.

“He started the fire in us to be a coach. Not only in me or probably in Patrick, but in many others, with his way of treating everybody at the club and with how he felt the game.”

Having such an obvious influence as Wenger does have the downside of offering comparisons to be made with the Frenchman but Arteta is not threatened by such scrutiny.

“You have no choice (about comparisons),” he said.

“You have the choice to say ‘no, I don’t want to take that job because they are always going to compare me’.

“But if you love what you want to do and you feel capable of achieving what you think you can achieve for that club, then it is your decision to take it up.”

Arteta played under Wenger for five years before retiring in 2016, hanging up his boots and moving to his coaching role at City.

Vieira had been working in the academy at Manchester City but had already departed to take charge at New York by the time Arteta arrived – although the Spaniard was still made aware of the respect the club had for the World Cup winner.

“Everything I have heard about Patrick, whether it was here (at Arsenal) or at City, has always been very positive,” he added.

“When I joined there he had left for one of the sister clubs and he was given the opportunity in New York because they obviously knew what he was capable of doing. People talked really highly of him.”