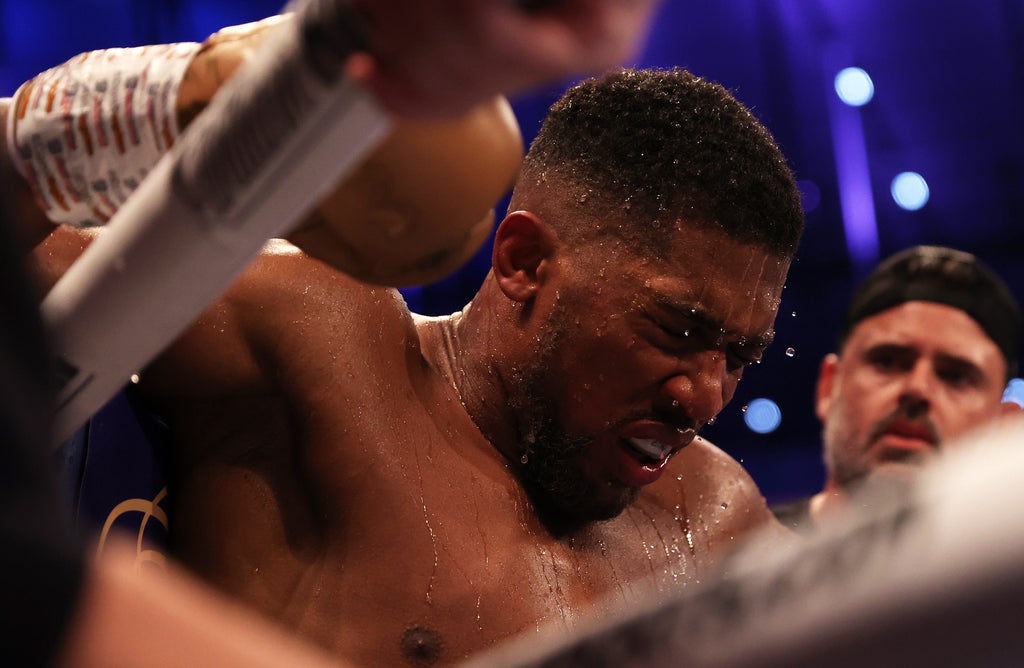 Joshua lost his heavyweight belts after he was comprehensively beaten by Usyk in a unanimous decision at the Tottenham Hotspur stadium last season.

It was just the second defeat of the 31-year-old’s career but the Briton remained upbeat despite losing his world titles, insisting it was “all part of the process”.

Joshua is set to face the undefeated Usyk in a rematch early next year and has vowed to learn from his mistakes as he looks to reclaim his heavyweight crown.

And Tyson, 55, said he was “blown” away by Joshua’s response to the defeat, as well as Usyk’s humility after becoming a two-weight world champion.

The American said on Twitter: “Just rewatched the fight with Joshua and [Usyk] I thought that the way they conducted themselves after the fight was first class.

“I like the way Joshua handles his losses with so much dignity. Everybody knows I got a little hater in me but my mind was just blown away seeing [it].

“These two men conduct themselves with so much class. I think both of the fighters won that night, in my opinion.”

Joshua was victorious in his rematch with Andy Ruiz Jr after previously losing his titles in a shock defeat in 2019 and is likely to face Usyk again in February or March.

“What I’m happy about is I can go again and I’ve got a chance of becoming heavyweight champion of the world again,” Joshua said after the defeat. “Only positives from here moving forward, I’ve had enough of looking at things from a negative point of view.

“I’m not a weak person. I’m not a sulker. I’m not going to go home and cry about it because this is war. It’s a long process. This isn’t just one fight and I’m done, I’ve got an opportunity to go back to the drawing board.”