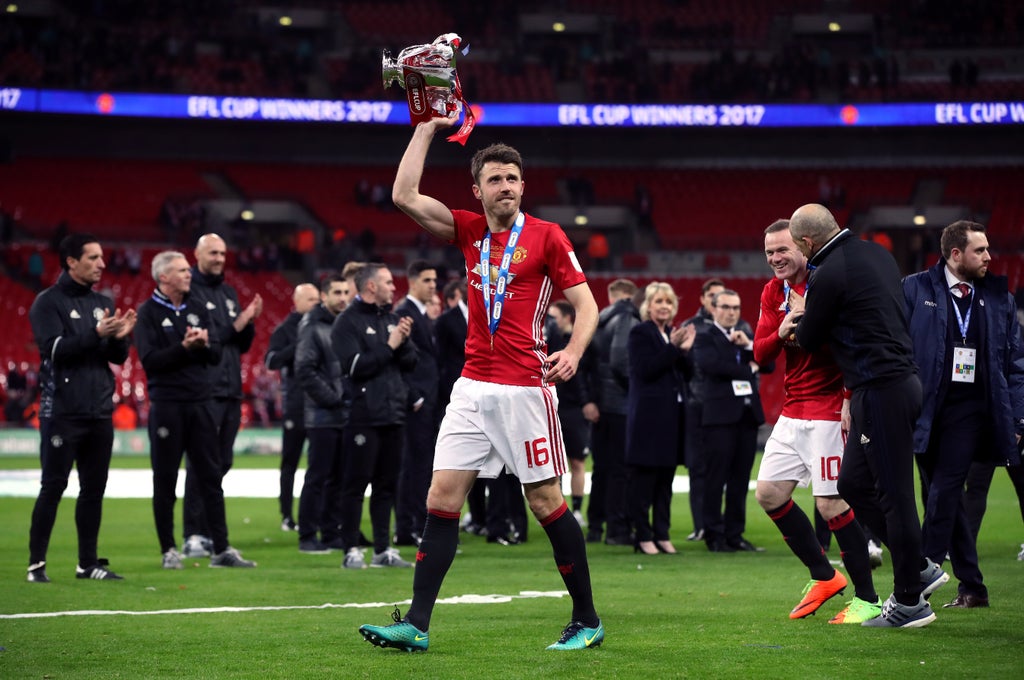 Former Manchester United midfielder Michael Carrick has been placed in caretaker charge of the club following the sacking of Ole Gunnar Solskjaer on Sunday.

Solskjaer was relieved of his duties following the Red Devils’ 4-1 loss to Watford on Saturday and Carrick will step up on a temporary basis until the club identify an interim manager to lead them to the end of the season.

Here, the PA news agency answers some key questions about the man who will take charge of United in their Champions League clash with Villarreal on Tuesday.

Carrick is a former United and England midfielder who spent 12 years at Old Trafford as a player after signing from Tottenham for £18.6million in 2006, making 464 appearances and scoring 24 goals.  The 40-year-old had been working as part of Solskjaer’s coaching staff before being called into the top job in the immediate aftermath of the Norwegian’s dismissal.

What did he win at Manchester United?

Carrick enjoyed plenty of success during his time at Old Trafford, winning 12 trophies in total and becoming one of the most decorated players in Premier League history. Among those achievements, he lifted the Premier League trophy on five occasions, including three on the bounce in his first three seasons. He won the Champions League in 2008 and added a second European trophy under Jose Mourinho in 2017, when United beat Ajax to lift the Europa League. He also got his hands on three League Cups and an FA Cup.

Who else did he play for?

Carrick started his career at West Ham and made his league debut as an 18-year-old in August 1999. After 153 games for the Hammers he moved to local rivals Tottenham. He spent two seasons at White Hart Lane, making 75 appearances, before Sir Alex Ferguson brought him to Manchester. He also played on 34 occasions for England and made his debut against Mexico in 2001 before eventually announcing his international retirement in 2015. To the surprise of many, Carrick was regularly overlooked by several England managers and made fewer appearances than a player of his quality deserved, featuring just once in a major tournament – a 1-0 win over Ecuador at the 2006 World Cup.

What has he been doing since retiring?

Carrick hung up his boots at the end of the 2017-18 season and was appointed to the coaching staff by then United boss Mourinho. He continued as part of the first-team coaching setup following Solskjaer’s appointment in December 2018 and remained alongside the former United forward for the whole of his three-year reign. Carrick will now take on the role of caretaker manager for the first time.

Is he a contender for the full-time job at Old Trafford?

Carrick’s name sits among some of the world’s most high-profile coaches in the betting for the next United boss, with current favourite Mauricio Pochettino, Leicester boss Brendan Rodgers, Ajax head coach Erik Ten Hag, and former Real Madrid chief Zinedine Zidane also fancied. Carrick’s chances rest heavily on how he fares while he has the reins as caretaker – starting with Tuesday’s trip to Villarreal. The former midfielder has been in the Old Trafford environment for the last 15 years, which may work in his favour. He has a good idea of the current squad and can pick up where Solskjaer left off, but the hierarchy at Old Trafford may opt for something different by bringing in a new and proven coach to shake things up and get the club back on track.