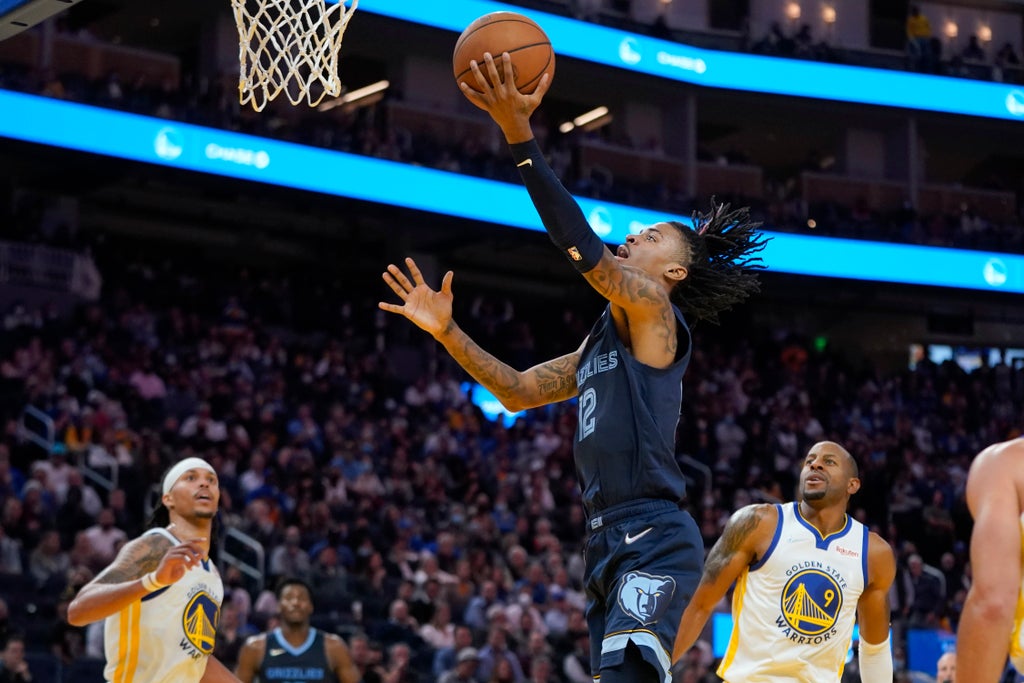 The Golden State Warriors fell to their first loss of the season with the Memphis Grizzlies pipping them in overtime 104-101.

Stephen Curry missed two three-point attempts in the last 90 seconds for the Warriors and Ja Morant and Jaren Jackson also missed late shots as it finished 98-98 in regulation.

Morant, who scored 30 on the night, ended up sealing the victory with a lay-up with 57.9 seconds left, while Curry had 36.

The Chicago Bulls also lost for the first time as the New York Knicks held on for a 104-103 win.

Chicago were down 104-91 with less than three minutes to play and Zach LaVine shaved it down to one with a dunk with 9.5 seconds left on the clock but that was as close as it got.

Elsewhere, Joel Embiid scored 30 points and had 18 rebounds as the Philadelphia 76ers defeated the Detroit Pistons 110-102 and Montrezl Harrell scored 25 for the Washington Wizards in their 122-111 win over the Atlanta Hawks.

The Utah Jazz swept past the Houston Rockets 122-91 and the San Antonio Spurs went down 104-99 to the Dallas Mavericks.